The Commerce Department announced that about 60 Chinese companies were added to the so-called entity list that will require American firms to request a license to do business with these companies. [Application process operates on a presume to deny principle.]

“We will not allow advanced US technology to help build the military of an increasingly belligerent adversary,” said Commerce Secretary Wilbur Ross in a Friday statement.

“Between SMIC’s relationships of concern with the military industrial complex, China’s aggressive application of military civil fusion mandates and state-directed subsidies, SMIC perfectly illustrates the risks of China’s leverage of US technology to support its military modernisation,” said Ross.

Secretary of State Mike Pompeo said on Friday that “today’s actions mark yet another sign of our resolve” to use “all countermeasures available” to prevent Chinese companies and institutions “from exploiting US goods and technologies for malign purposes”.

SMIC has repeatedly denied any relationship with the Chinese military.

These newly added companies joined hundreds of Chinese companies including telecom equipment giants Huawei Technologies Co. and ZTE, which were added to the list earlier over national security concerns and alleged violations of US sanctions. Surveillance camera maker Hikvision was added earlier over concerns that its products play a role in the suppression of China’s Uygur minority.

Huawei and SMIC, a supplier to Qualcomm and Broadcom, lie at the heart of Beijing’s ambition to build world-class telecommunications and semiconductor industries and become less reliant on American technology.

While the US remains dominant in the chip industry, its market lead has shrunk as companies in Taiwan and South Korea have rapidly ramped up production.

SMIC trails Taiwan Semiconductor Manufacturing Co, the industry’s market leader, in its development of most advanced chips. It has sought to build out foundries for the manufacture of computer chips that can compete with those of TSMC.

Adding SMIC, the Shanghai-based state-owned chip maker, to the list limits the company’s ability to buy key components from US suppliers that are crucial to build advanced chipsets.

Ross said the government would presumptively deny licenses to prevent SMIC from accessing technology to produce semiconductors at advanced technology levels – 10 nanometres or below.

Meanwhile, the US has courted TSMC for years to move its fabrication facility to the US. The Taiwanese chip maker in May said it has committed US$12 billion, some of which will come from US government subsidies, to build a factory in Arizona. Construction of the plant, however, is not expected to begin until 2021, with the first chips produced in 2024.

The announcement was the latest effort by the outgoing Trump administration effort to cement his legacy of being tough on China. Adding dozens more Chinese companies to the list just weeks before Democratic President-elect Joe Biden takes office also makes it more difficult for the new administration to unwind these restrictions.

The implementation of such policies has already been thrown into question. On Thursday, Senator Marco Rubio, a Republican of Florida, sent a letter to the Commerce Department, asking the agency to explain why a number of US companies were granted licenses to continue to sell semiconductor products to Huawei after the Chinese company was put on the blacklist.

”This is pretending to be tough on China when there’s no cost to do so,” said Derek Scissors, a researcher focusing on US economic relations with Asia at the American Enterprise Institute.

SMIC was also among the Chinese companies on a separate list announced by the Defence Department earlier this month that will bar American investors from investing in these firms because of their alleged ties with the Chinese army. Under that policy, US investors will have to sell their investments in SMIC late next year, essentially cutting the Chinese firm off from US capital.

Representatives at SMIC and the Commerce Department did not immediately respond to requests seeking comment.

Shares in SMIC fell 5.2 per cent in Hong Kong on Friday and dropped 1.8 per cent in Shanghai. 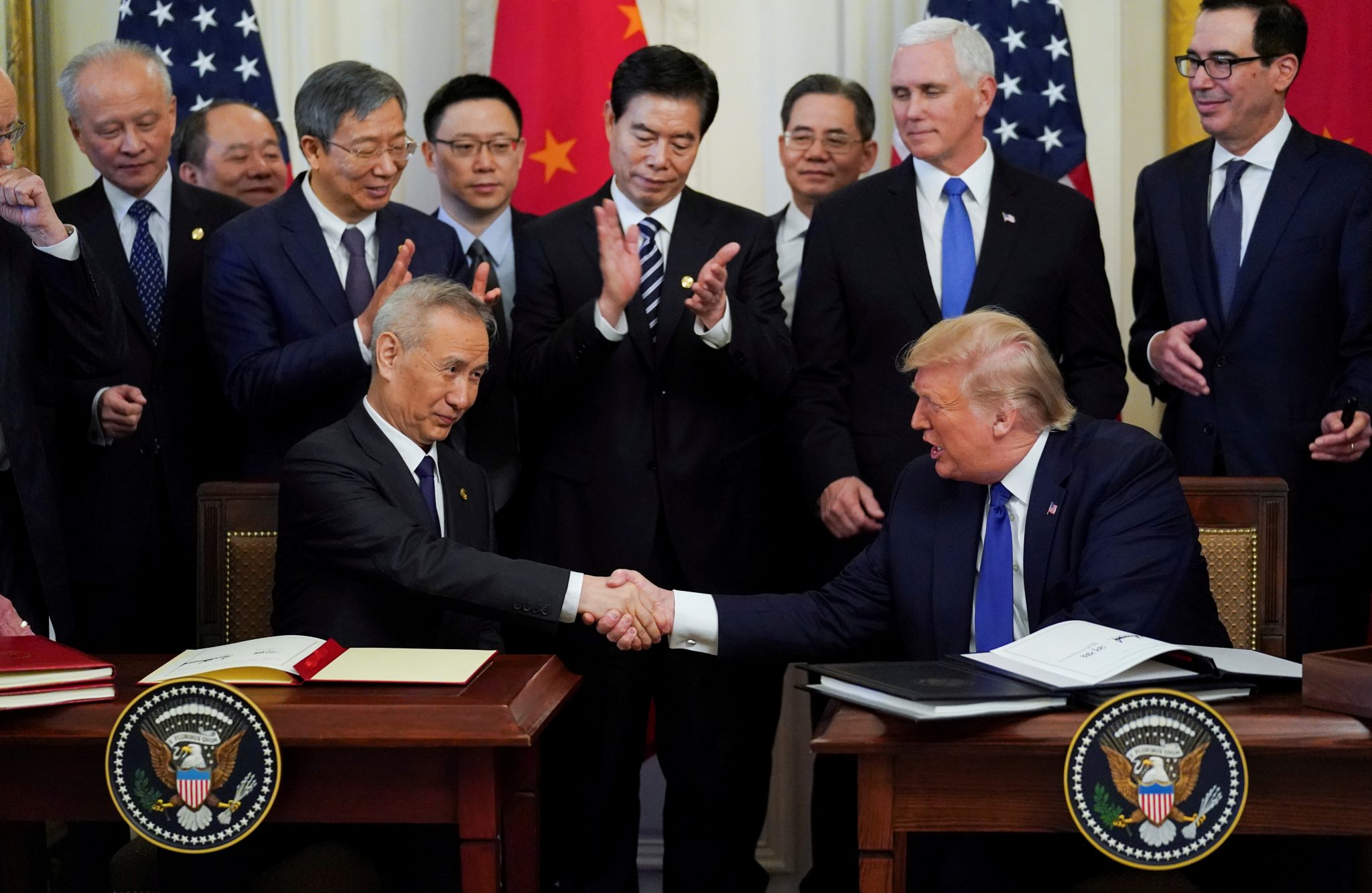 China’s Foreign Ministry on Friday criticized a reported move by the US government to add dozens of Chinese companies to a trade blacklist, calling the move, if true, yet another example of the US using its state power to crack down on Chinese firms; vowing to take “necessary measures” to protect Chinese businesses.

“If the news you mentioned is true, it will be another example that the US is using its state power to suppress Chinese companies. China firmly opposes it,” Wang Wenbin, a spokesperson for the ministry, said when asked about reports of the move at a routine press briefing in Beijing.

Citing unnamed sources, Reuters reported on Friday that the US Department of Commerce is expected to add as many as 80 additional Chinese companies, including chipmaker Semiconductor Manufacturing International Corp., to its so-called entity list, claiming the firms have ties with the Chinese military, which has been denied by some Chinese firms.

Wang said at the press briefing that the US has regularly politicized economic and trade issues, which is both against its self-proclaimed “market economy” and “fair competition principles” in addition to international trade rules; it hurts both Chinese and US companies’ interests and brings nothing but major disruptions to bilateral and global technological exchanges and global industrial chains.

“We urge the US to stop its wrongful actions of unreasonably suppressing foreign companies. China will continue to take necessary measures to safeguard the legitimate rights and interests of Chinese companies,” the spokesperson said.

When asked about a separate reported US move to ban the use of Chinese power equipment on US military bases, Wang said that China firmly opposes that the US uses so-called “national security” to baselessly smear Chinese firms and blatantly crack down on Chinese firms without any real evidence.

Bloomberg reported on Friday that the US Energy Department is issuing an order that aims to ban the use of Chinese power equipment at US military bases, citing national security risks.

“We urge the US to stop its wrongful actions of politicizing economic and trade issues; stop generalizing the ‘national security’ concept and cracking down on foreign firms,” Wang said.