US Oil Production Is Headed For a Quick Decline

The coming decline will occur mostly in the areas that have produced the most growth over the last five years: the Bakken, Eagle Ford, Haynesville, Julesburg, and Permian basins. The production drop will occur because the firms operating there have been forced by monetary constraints to cut back on drilling. The recent reduction in debt and equity issuance by these firms assure the output decline.

Drawing an analogy between farming and drilling by the frackers will help explain the coming decrease. Every year farmers borrow heavily to purchase seed, fuel, and fertilizer for the summer growing season. They hope to pay their loans off when they sell their harvest in the fall. To make sure they can perform on their loans, they will sell some portion of or all their production forward. They will also purchase insurance to protect against crop failure.

Data on bank lending and statistics issued by futures authorities provide some advance indication of the planning decisions of farmers. The amount of bank loans issued to them gives an indication of crop size. Increases in open interest for futures such as corn during the spring also provide a signal as to future production.

Many frackers behave like farmers, except that the “crop cycle” appears to be longer, perhaps two years. These firms will borrow or sell equity one year and then drill for sixteen to twenty-four months. Production will surge two years later and then, as many authorities have noted, fall off rapidly.

These firms will also enter into hedges as soon as the size of their new discoveries is delineated. The futures sales will likely occur when wells are completed and before they are fracked to ensure the company can cover costs and perhaps profit, even if prices fall.

Data on the issuance of debt and equity by shale firms and their positions in futures markets thus provide an indicator of their future production. These data today point to a large decline in output.

A February 24 Wall Street Journal article by Bradley Olson and Rebecca Elliott should warn everyone of the impending slowdown. A key graph presented there shows that debt and equity issued by US shale producers declined to $22 billion in 2018, which is less than half the amount raised in 2016 and one-third the amount raised in 2012. 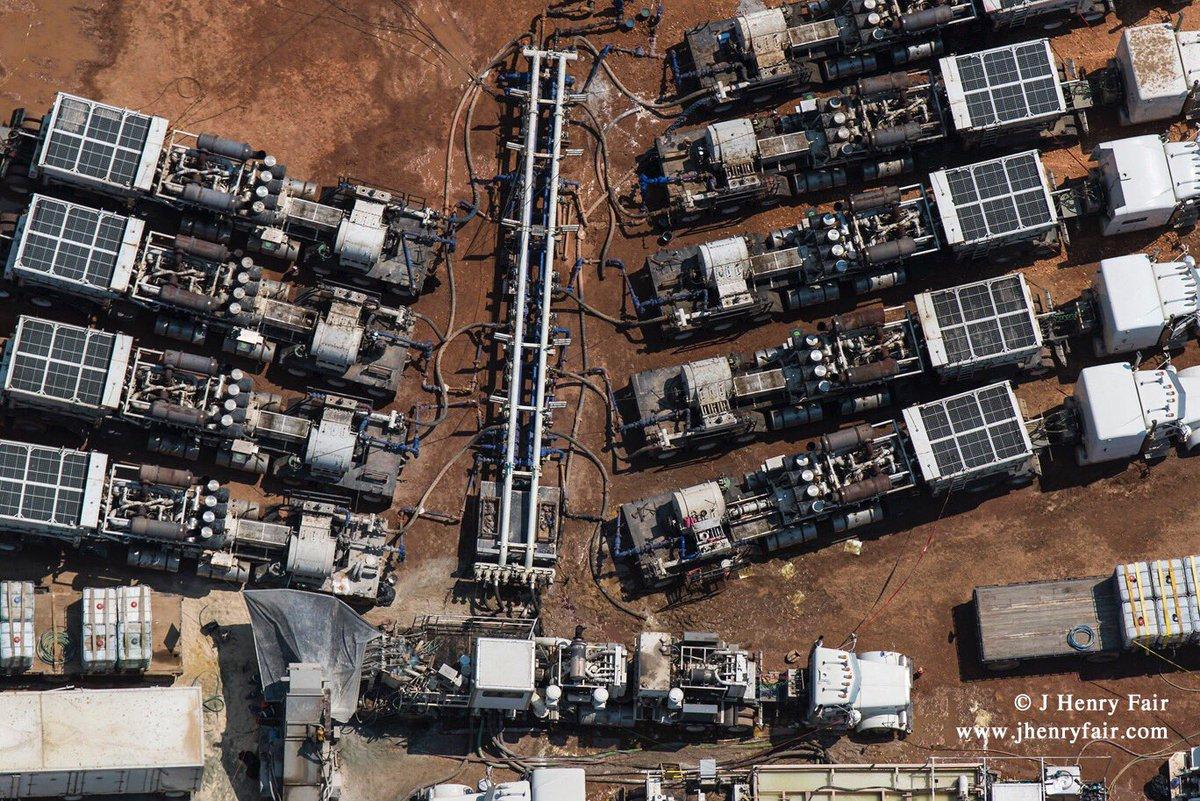 The activity in the futures markets points in the same direction. Figure 1 compares the rise in US oil production in the five major fracking areas (the Permian Basin, the Bakken, Eagle Ford, Haynesville, and the Julesburg Basin) to open interest in WTI futures. Note that open interest began to decline in late 2013. The production decline began eighteen months later. 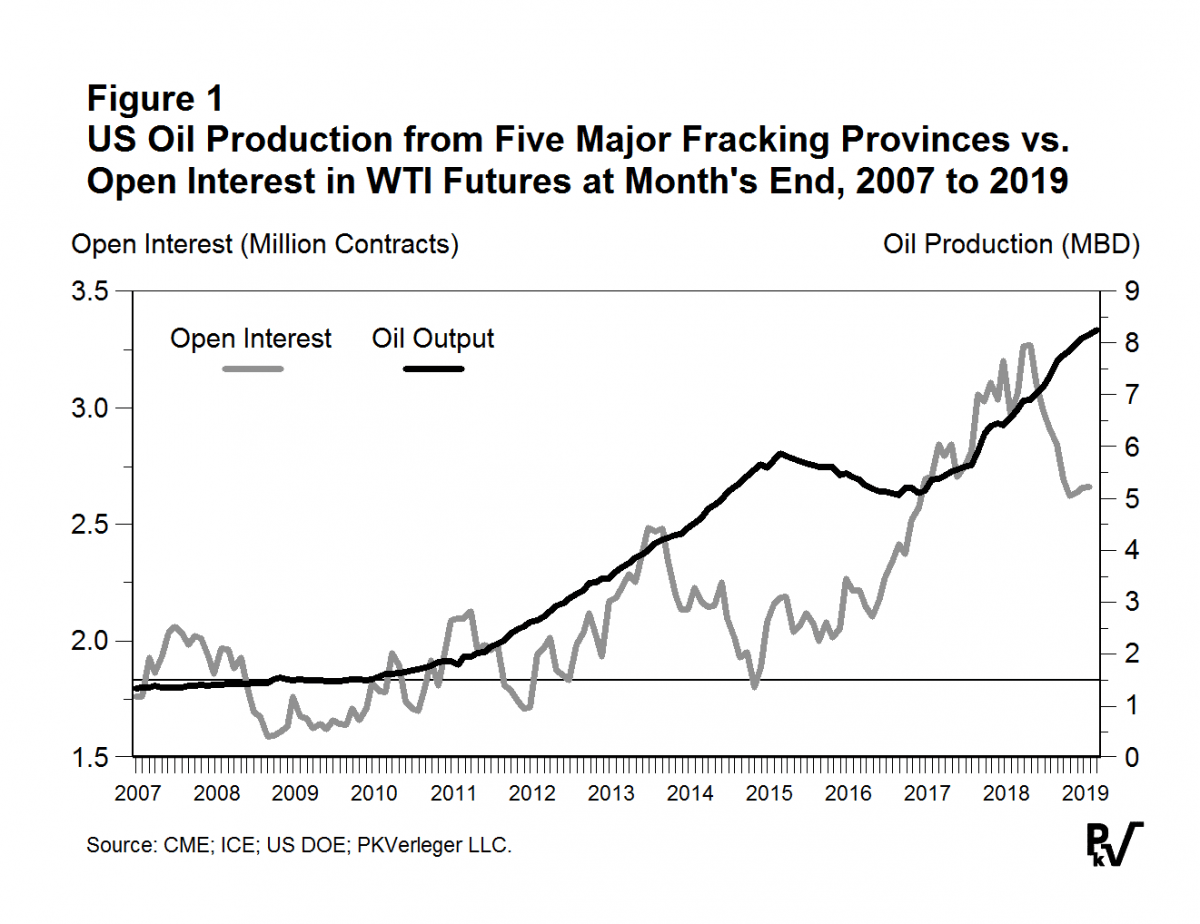 The decrease in open interest anticipated the future drop in production. In our view, drilling firms that were forced to curtail activity also curtailed sales of future production, understanding that they would produce less.

These declines were mirrored by a drop in the short position of swap dealers—the financial institutions that write bespoke hedging instruments to producers. The reduction in hedging in 2014 and 2015 led to the later decrease in production.

The same phenomenon is occurring today. Total open interest has fallen by twenty percent, as can be seen from the figure. Swap dealer short positions have also contracted. The message is clear: producers are hedging less, and they are hedging less because they expect to produce less.

The statistics point to a one to two-million-barrel decline in production from the frackers. Some but not all this loss may be made up by the increased activity of firms such as Exxon. In short, the growth in US oil output is about to be reversed.