The US is already planning a $1.7 trillion modernization of a treaty-limited nuclear force, imagine the costs if that force quadruples in size to Cold War levels

Since May of 1972, commencing with the initial Strategic Arms Limitation Talks agreement (SALT I), the United States and Russia (formerly the Soviet Union) have adhered to a series of bilateral arms control agreements limiting their respective numbers of deployed strategic nuclear warheads and ways to deliver them.

Over the last half-century, these bilateral deals have attempted to limit or eliminate a wide latitude of strategic weapon systems and warhead numbers, from ground-launched missiles with ranges between 500 and 5500 kilometers, to intercontinental ballistic missiles (ICBMs) equipped with multiple independently targetable re-entry vehicles (MIRVs).

These bilateral agreements were, and continue to be (for the surviving agreements), immensely beneficial to both parties for both fiscal and strategic reasons. However, we’re entering a perilous moment for arms control. New START, the most recent treaty to reduce strategic arsenals, is set to expire in less than two years. The implications are significant because without both parties agreeing upon the treaty’s five-year extension option, both Russian and American strategic stockpiles will potentially be unconstrained for the first time since the height of the Cold War.

Making New START extension even more imperative is the imminent demise of the Intermediate-Range Nuclear Forces Treaty (INF) in conjunction with the United States’ decision to pull out of the Anti-Ballistic Missile Treaty (ABM) in 2001 (both of which we can heavily thank current National Security Advisor John Bolton for). Together, the ABM Treaty, INF Treaty, and the series of agreements to limit the strategic stockpiles of Russia and the United States (of which New START is the most recent) created an environment of heightened strategic stability.

That is, all three agreements played an integral role in tamping down on crisis escalation dynamics while ensuring that a strategic first strike was irrational and less likely. With two of the three cogs of the strategic stability web now gone, agreeing to extend the only remaining major bilateral agreement between the United States and Russia for five years is of the utmost importance for both strategic and fiscal reasons. President Donald Trump would be wise to take Russian President Vladimir Putin up on his overture regarding extension and move forward with it, something he can do without legislative approval.

These mutual limits play a vital role in maintaining stability at the nuclear threshold by negating arms race dynamics and making sure that each side has confidence in the survivability of its nuclear deterrent. It does this by giving planners in both countries confidence that neither side is within reach of a meaningful breakthrough- be it numerical or technical-that would threaten the survivability of the other’s arsenal, thus disincentivizing first strikes and crisis escalation. Without the verifiable constraints that New START provides, we risk lapsing into a U.S.-Russian nuclear relationship characterized by heightened crisis instability. 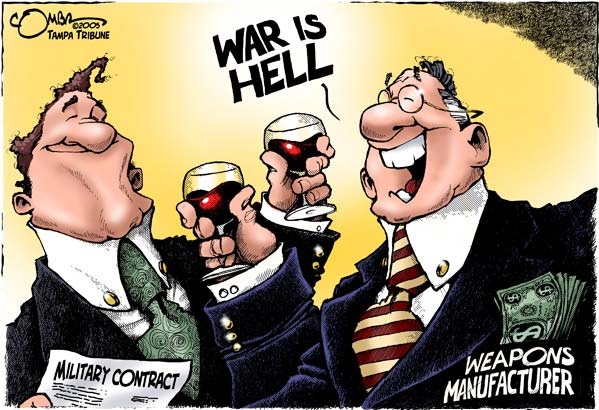 Furthering the case for New START extension are the fiscal benefits provided by the agreement. These benefits are intertwined with the strategic benefits in a multitude of ways. With the warhead limits and transparency that it provides into Russia’s strategic arsenal, New START frees up attention and funding for important conventional weapons complexes. Aside from conventional weaponry, New START is also imperative to make sure that the already sky-high modernization bill for the U.S. nuclear arsenal will not continue to rise.

With no caps on Russia’s strategic forces, and without the New START limits that Washington’s $1.7 trillion dollar modernization programs are based upon, it is easy to comprehend how this figure could rise significantly in the absence of the treaty. The Trump administration’s decision to extricate itself from the INF Treaty and potentially begin researching and developing new ground-launched INF range missiles provides further fiscal rationale for New START extension.

Moreover, the agreement provides the United States with invaluable insight into Russia’s strategic forces by way of its verification measures that provide transparency into the size, capabilities, and data of Russia’s nuclear forces. As seven former U.S. Strategic Command commanders put it in 2010, “We will understand Russian strategic forces much better with the treaty than would be the case without it.”

This verifiable transparency helps create a more stable nuclear relationship with Russia by providing strategic commanders with enhanced predictability by knowing what Russia deploys on what at the strategic threshold within the treaty’s numerical caps. Without New START’s warhead limits and verification mechanisms, America risks lapsing into an arms race that would jeopardize strategic stability at considerable fiscal cost.

While President Trump has disparaged New START in the past, he should listen to his current Strategic Commander, Gen. John Hyten, who has described it as “ essential” to providing an effective nuclear deterrent and immediately agree to extend the treaty. Strategic, fiscal, and geostrategic benefits await, while a decision to let New START follow the path of the ABM and INF treaties and die risks a costly-and dangerous-arms race that is decidedly against the U.S. interest.