The right idea but at $3.5bn per sub the US will never have the numbers it would take 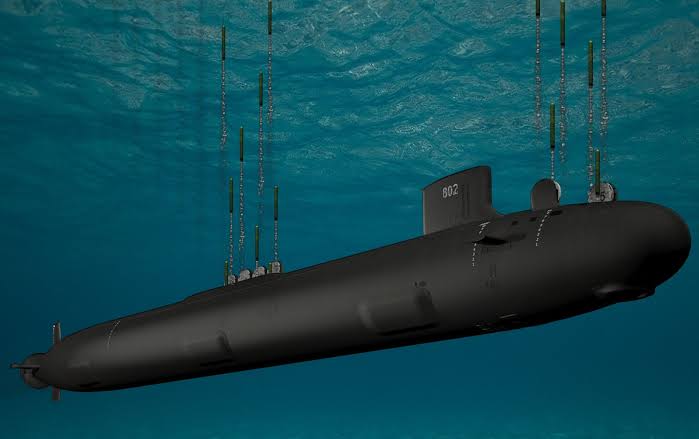 Editor’s note: Subs are the only weapon that can reliably get inside China’s (and Russia’s) area denial bubble and survive (at least until they fire off a salvo and blow their cover). The catch is that a land-based missile regiment, or even a division, is much cheaper so the Chinese can afford to trade them one-for-one all day long.

It doesn’t help that waste, corruption and technological overreach of the US military-industrial complex being what they are, a US missile submarine now comes with the price tag of $3.5 billion, or one half of what it would take to build a Nimitz-class supercarrier (and that’s just the projected price before the inevitable cost overruns).

The U.S. Navy inked a deal with General Dynamics Electric Boat on Dec. 2 to be the lead contractor for the newest iteration of the Virginia-class attack submarine.

The largest shipbuilding contract in the history of the service — in excess of $22 billion — the Navy has big plans for Block V. It is destined to be a true multimission submarine, with a strike capability and the ability to delivery large-diameter unmanned underwater vehicles in addition to the more traditional surveillance mission.

As one might expect for a big multimission attack submarine, the Virginia Block V is mind-bogglingly expensive. With a total value of the program sitting at $35 billion when governmen- furnished equipment is added, each sub will cost in excess of $3.5 billion per hull, should the Navy buy all 10 of the Block Vs.

The Navy has recognized that with the proliferation of long-range anti-ship missiles, the service will need to put more missiles than ever in the air to strike launchers inland and to defend major assets such as aircraft carriers from attack.

But relying on submarines for the strike component is a double-edged sword. On the one hand, superior submarines mean a higher chance that the Block Vs will be able to operate inside Chinese and Russian anti-access windows — or areas where surface ships would be vulnerable. The problem is that the Navy might go bankrupt before it creates the volume of fires it would need to combat a massive missile power like China.

Jerry Hendrix, a Navy analyst with Telemus Group, explained it in an interview earlier this fall: “I think there is a powerful argument to distribute these weapons across the surface force,” he said. “If you can create a strike weapon that allows the surface force to stand outside of DF-21 and DF-26 range and shoot three-pointers from outside, then yes.  [Except by the time you have missiles that outrange the 3,000km DF-26, China will have something farther-reaching still, not to mention missile reach can be extended by launching them from air or water.] To create mass and volume in the submerged force is twice to three times as expensive as it is to create that volume from the surface force.

“So there is a solid argument just from the standpoint of cost. If I was trying to create 2,000 tubes of hypersonics — which are much more massive than Tomahawks, won’t fit into a Mark 41 vertical launch system and hence will have to go into a different configuration — to create that mass in the submerged force is going to be very expensive.”