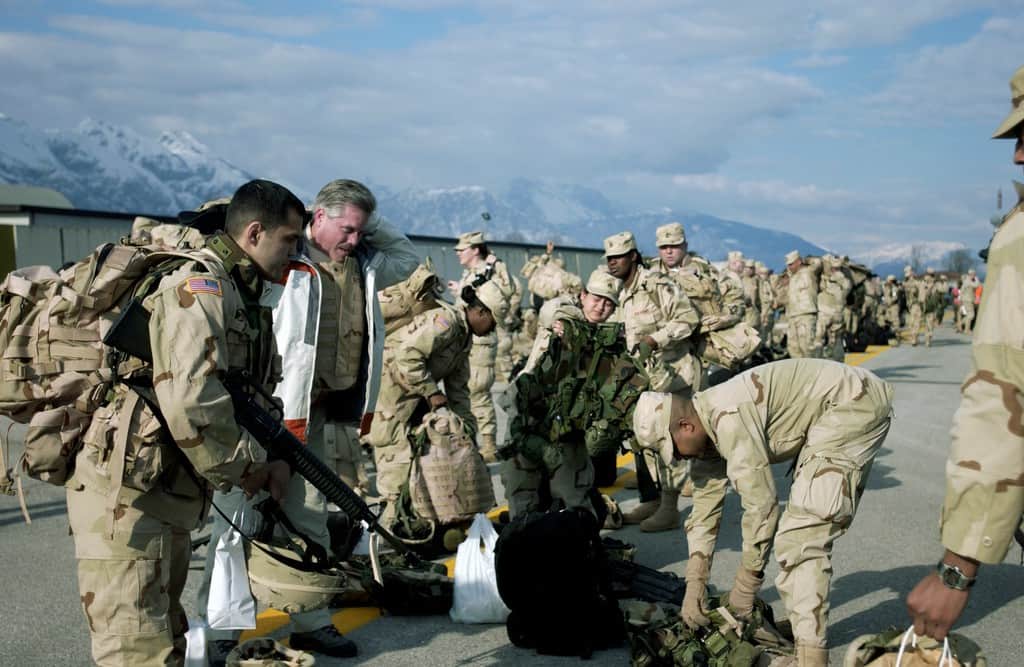 US intelligence agencies have warned the Biden administration that if the United States withdraws its military presence from Afghanistan under current circumstances, the nation would be at severe risk of falling under the control of the people who live there.

A New York Times article titled “Officials Try to Sway Biden Using Intelligence on Potential for Taliban Takeover of Afghanistan” warns that an intelligence assessment has predicted that if “U.S. troops leave before any deal between the Taliban and the Afghan government, the militant group will take over much of the country.”

“The intelligence estimate predicted that the Taliban would relatively swiftly expand their control over Afghanistan, suggesting that the Afghan security forces remain fragile despite years of training by the American military and billions of dollars in U.S. funding,” NYT reports.

Breaking News: A U.S. intelligence report said the Taliban are poised to take power in Afghanistan within two or three years after the withdrawal of international forces. Some officials are using it to urge President Biden not to withdraw troops. https://t.co/OUBn2TmDxF

The New York Times, which has consistently supported all US wars including the 2001 invasion of Afghanistan, informs us the Taliban has been “stalling” to avoid signing a power-sharing deal with the existing government in Afghanistan.

“The Biden administration is making a final effort before May 1 to show progress in slow-moving negotiations between the Taliban and the Afghan government in Doha, Qatar,” NYT reports. “The Taliban, according to American officials, are stalling.”

And, I mean, why wouldn’t they? As Defense Priorities policy director Ben Friedman puts it, “If this assessment is right, and the Taliban could take most of Afghanistan if US forces left, and they want that, why sign a deal limiting themselves to less? Or why not sign to get the US out and renege? Keeping US forces there is just a delaying tactic.”

If the most powerful faction in Afghanistan wants power and has the ability to simply take it, they stand nothing to gain by signing a power-sharing agreement with a faction that is incapable of holding power. The New York Times and the US intelligence cartel (if one can even categorize these as separate entities at this point) are trying to spin the ongoing military presence in Afghanistan as a temporary situation awaiting conditions which will be arriving shortly, and that’s simply false. The Taliban will not voluntarily choose to make itself less powerful.

And, after the Afghanistan Papers exposed the fact that the US war machine has been lying left and right to justify the continuation of the occupation of Afghanistan, you would have to be out of your mind to believe that’s not intentional. The US military is in Afghanistan not to protect women’s rights from control by the illiberal Taliban forces, but because it’s a crucial geostrategic region that the US stands much to gain on the world stage by controlling. This is why the Afghanistan Papers were quickly memory-holed by the mass media as soon as they came out, and why now all we hear about is more made-up reasons why leaving would be disastrous.

When the US-centralized power alliance babbles about “conditions” which need to be met before there can be a full military withdrawal from Afghanistan, the conditions they are really referring to are a puppet regime in Tehran, in Moscow, and in Beijing. As long as Iran, Russia and China successfully resist absorption into the empire-like blob of US client states, the military presence will remain and narratives will be manufactured to justify it.

The Taliban is an entirely regional power with entirely regional goals; there is no defense-based argument for using military force to keep them out of power in a nation on the other side of the planet. Arguments that they must be kept out of power by military force to protect Afghan women from their regressive ideology is nonsensical unless you also say the US military must be used to forcibly end all illiberal cultural norms everywhere in the world, which would also be absurd.

All the US empire and its narrative managers are really saying when they claim the Taliban will take power if the US leaves is that without the US in Afghanistan, the US won’t be controlling Afghanistan anymore. And, like, duh. Of course it won’t. The people who live there will be determining the fate of their own nation, by violence if they so choose. Giving a nation back its sovereignty necessarily means letting them control their own fate, per definition. Using that self-evident fact to argue against the cessation of military force is just admitting you don’t believe other nations should be self-sovereign.

Saying there might be violence and oppression without an oppressive force of violent thugs controlling things is silly in a couple of different ways. It is a known fact that Australian forces occupying Afghanistan have already committed horrific war crimes there, and if the US government stopped obstructing the International Criminal Court from investigating potential war crimes of American forces it would certainly find a lot there too.

The US is at this point making the argument, “If we don’t keep killing the Afghans, they might kill each other.” The Taliban has warned that if the United States remains in Afghanistan after the May 1st deadline established in a previous peace deal they will begin attacking occupying forces, so pretending the US empire is maintaining the peace by continuing the occupation is entirely baseless. They’re not there to maintain peace, they’re there to maintain control.

Should the US military permanently occupy foreign countries to control what happens there? That’s really the argument on the table right now. Ignore all the narrative distortion and focus there.