Maintaining that the unmanned aerial vehicle was simply going about its day without posing a threat to anyone, U.S. Department of State officials claimed Thursday that one of their drones was minding its own business on its way to church when Iran attacked it out of nowhere.

“This was an outrageous, unprovoked attack by the Islamic Republic of Iran on an innocent drone who merely wanted to attend mass in peace,” said acting Secretary of State Mike Pompeo, emphasizing the drone’s upstanding moral character by pointing out its history of donating to charity, volunteering at soup kitchens, and making homemade cookies for school bake sales.

“We’re talking about a drone that sings in the church choir and coaches little league baseball games on the weekends—an absolute pillar of the community. This is an upstanding family drone who did nothing to deserve any sort of attack. What kind of world do we live in where an innocent drone can’t fly through Iranian air space on its way to church?”

At press time, Department of Defense officials confirmed that their request for Iran to return the drone’s body back to the U.S. for a proper burial had gone unanswered.

yes, yes, and now it is experiencing rapture.
wow, it really works folks.

Debbie Harry must be making a fortune in royalties from these space cadets and their rapture.

Rupture, is what Fatboy Pompous is facing, in his colon.

harharharhar………this article made my day…..
“…..We’re talking about a drone that sings in the church choir and coaches little league baseball games on the weekends—an absolute pillar of the community…..” 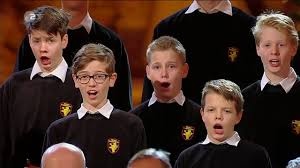