US Chief of Naval Operations: Shipbuilding Mistakes Could Mean “We May Not Be Able to Recover in This Century”

"For months, Gilday has been pointing to the extremely expensive failures of the Littoral Combat Ship, Ford-class carrier, and Zumwalt destroyer"

The Navy will have to walk a tightrope in the coming decade,  balancing the divestment of older ships with the introduction of new designs  — and its dismal acquisition track record has left Congress frustrated and distrustful.

If the Navy continues its trend of major delays and cost overruns on new classes of ships, it could fall so far behind the modernization curve the fleet might not recover, Chief of Naval Operations Adm. Mike Gilday told reporters. The solution, the CNO said, is to make sure new technologies are thoroughly developed and matured before trying to integrate them onto a new class of ships — instead of packing unproven tech into equally unproven hulls.

“I don’t mean to be dramatic, but I feel like if the Navy loses its head, if we go off course and we take our eyes off those things we need to focus on, I think we may not be able to recover in this century,” he said. “Based on the trajectory that the Chinese are on right now — and again, I don’t mean to be dramatic — I just sense that this is not a decade that we can afford to lose ground.”

For months, Gilday has been pointing to the extremely expensive failures of the Littoral Combat Ship, Ford-class carrier, and Zumwalt destroyer — all of which are years behind schedule and billions over budget — as a cautionary tale for what is to be avoided in building new ships.

Much of the problem rests with decisions made to develop new technologies at the same time as the new hulls, a complex juggling act where one dropped ball puts the whole project in jeopardy. Speaking at the annual Surface Navy Association symposium Monday, Gilday pledged that those days are over.

“We’ve decoupled new technology development from building ships,” he said. “Instead, we’re designing them with program-of-record systems in their baseline and margins to insert future technologies when they’re tested and ready.”

The admiral said the new Constellation-class frigate program will model this approach, and will use a range of existing technologies and phased upgrades in order to get the first whip in the water in 2026.

The admiral’s new plan comes weeks after the Navy unveiled its long-awaited 30 year shipbuilding plan and its Future Naval Force Structure paper, both of which are meant to provide a blueprint for modernization over the next few decades.

Gilday today released his Navigation Plan, which calls for the “divestment of experimental Littoral Combat Ship hulls [i.e. the first four LCS ships built], legacy Cruisers [the Ticonderoga class, which the Navy’s been trying to retire for years], and older Dock Landing Ships [LSDs]. It also includes divesting non-core Navy missions like Aegis-ashore. Transferring shore-based Ballistic Missile Defense sites to ground forces enables Sailors to focus on their core missions at sea and frees up resources to increase our lethality.”

The Navy currently operates one Aegis Ashore system in Romania, with another under construction in Poland. Japan was slated to buy two systems but canceled them last year.

Overall, the plan is looking to focus shipbuilding on the Navy’s core tasks, Gilday said.

“If it doesn’t drive us to a place where we can better control the seas and project power, we ought to question why we’re making that investment. We ought to think about divesting, because it’s not core to what we really need to do. There are ships that we’ve invested in in the past, or capabilities that we’ve invested in in the past, that haven’t necessarily enhanced our ability to do those two fundamental missions.” They are profit centric not intended for actual use. Batteries not included.

LOL That last photo reminds me of that old civil War ship – the Monitor, but with a modern twist to it . What a waste.

The Military Industrial Circus has come to town and tax payers get to subsidise the ticket price.

There is no “military industrial complex”, military assets don’t move a single inch without having first been given the nod by the banksters. There is the Bankster Industrial Complex and eeba-dee-eeba-DEE-ba-dah that’s ALL folks!

You mean fools who hold US Treasuries.

Which is a copy ? 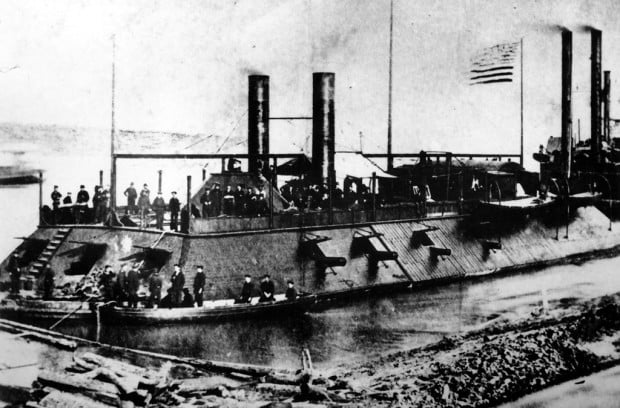 No windows, no balconies!

Clever thinking and the result is creating designs what will be hopefully copied and implemented. The ships bow was a bridge to far.

They’ll cross that bow when they come to it, no doubt.

Is that what’s required currently to keep afloat 270+ trillion in unfunded liabilities?

The new ships like the one shown above will be very effective in fighting the Confederate menace in our rivers and at sea.

dont worry about that..in 4 years there will be no US navy

By end of century dollar worthless, food in short supply, and Navy fleets rotting in deserted ports. Over USA.