US Carries Out Strikes on Iraqi Paramilitary, Part of Iraqi Armed Forces

The US graduates from facilitating Israeli strikes, to bombing the armed forces of its host nation itself 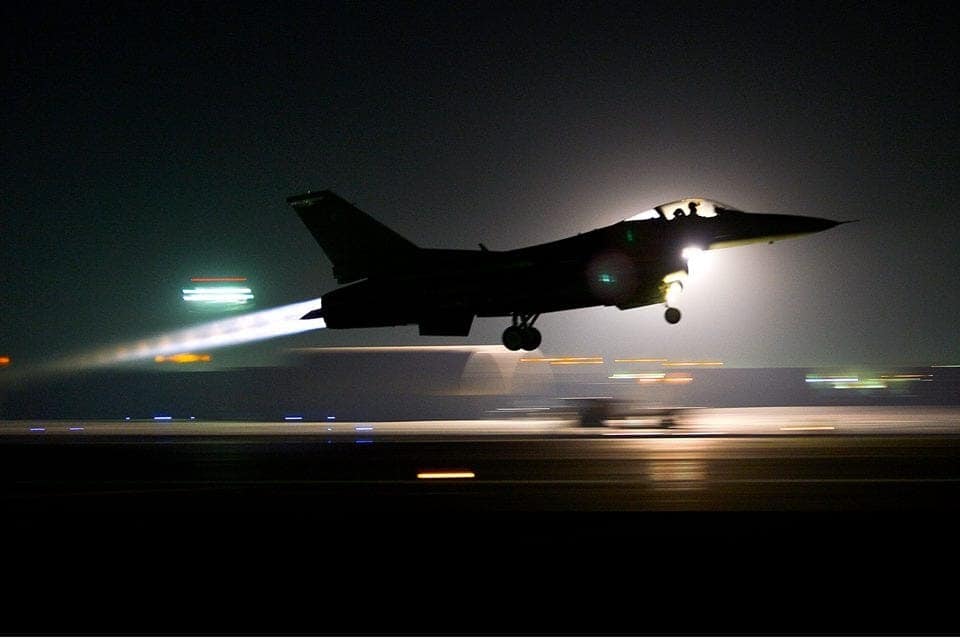 The Pentagon says has carried out “defensive” strikes against five bases run by the Iraqi state-sanctioned Kata’ib Hezbollah paramilitary, including three such bases in Iraq:

The five targets include three KH locations in Iraq and two in Syria. These locations included weapon storage facilities and command and control locations that KH uses to plan and execute attacks on OIR coalition forces.

Recent KH strikes included a 30-plus rocket attack on an Iraqi base near Kirkuk that resulted in the death of a U.S. citizen and injured four U.S. service members and two members of the Iraqi Security Forces (ISF).

The Pentagon did not say what evidence it has that Kata’ib Hezbollah was behind the rocket artillery attack on the US base. Neither did it explain why it did not refer the matter to the authorities in Baghdad but took matters into its own hands — and to bomb a component of the Iraqi armed forces, no less.

25 Iraqi paramilitary servicemen were slain by their American guests:

Iraqi security and militia sources said at least 25 militia fighters had been killed and at least 55 wounded following three US airstrikes in Iraq on Sunday.

Also, it seems all five strikes were against facilities on either side of the Iraqi-Syrian border at the border town/crossing of al-Qaim, and not anywhere near the Kirkuk base that was hit by the rocket salvo. Even if the rocket attack was carried out by Kata’ib these are no “defensive strikes” but mere punitive bloodletting.

Also recall that months ago Israel was carrying out similar strikes against Iraqi paramilitaries, including in Iraq itself, now the US, which was suspected of providing intelligence support (as well as the airspace), has de facto joined in the fun directly:

Statement attributed to Iraqi Hezbollah: "We are in a state of constant mobilization and discussion to decide on the appropriate response from the options available to us to the heinous American crime against the people of the Popular Mobilization Forces…" (1/3)

Iraqi Hezbollah: "Our battle today with America and its mercenaries has become open to all possibilities, and we have no choice today other than confrontation. There is nothing that will stop us from responding to the crime of targeting the Popular Mobilization Forces…" (2/3)

Iraqi Hezbollah: "Trump knows that he will pay dearly in Iraq and the countries where his criminal forces are present" as a result of new U.S. strikes on Shiite militiamen in Iraq and Syria. (3/3)

Iraqi political blocs from all sides are condemning the US bombing & some of them are calling on the Govt. to ask for their withdrawal.
I haven’t seen the reaction from protesters at Tahrir Square, but I expect the US withdrawal will be added to their demands of the next PM. (3)

Also, I expect the days of the large American diplomatic & business presence in Iraq to be numbered.

My analysis of the way forward is that several Iraqi armed groups that maintain alliance with Iran will go back to pre-2012 mode. (4)

PM @AdilAbdAlMahdi managed to bloc a parliamentary vote to demand US withdrawal earlier 2019, when his govt was firmly situated. Now he has no negotiation power, and the next PM will not be in a better shape to go against the current. (5)

Two voices are to watch in the coming few days: Sayid Moqtada al-Sadr and Grand Ayatollah #Sistani. If the Marja’iya addresses the issue on Friday, their position will be decisive. If they ignore it, then it’s up to the political side to shape the debate. (6)

As someone who firmly believes in the high importance of robust US-Iraqi relations, & work hard for getting the relationship right, I am sad to see the recent deterioration of their prospects. (6)

Kata’ib Hezbollah is part of Al-Hashd al-Sha’bi or the Popular Mobilization Forces, which is part of Iraqi Armed Forces.

Kata’ib and other militias sprung up in 2014 as a response to ISIS, and specifically as a response to the collapse of the Iraqi Army against ISIS in 2014. They were eventually made part of the official (and salaried) armed forces under the PMF umbrella.

As its name suggests Kata’ib is a particularly Khomeinist outfit, but by letter of the law it is as much a part of the Iraqi state as its police or the army. 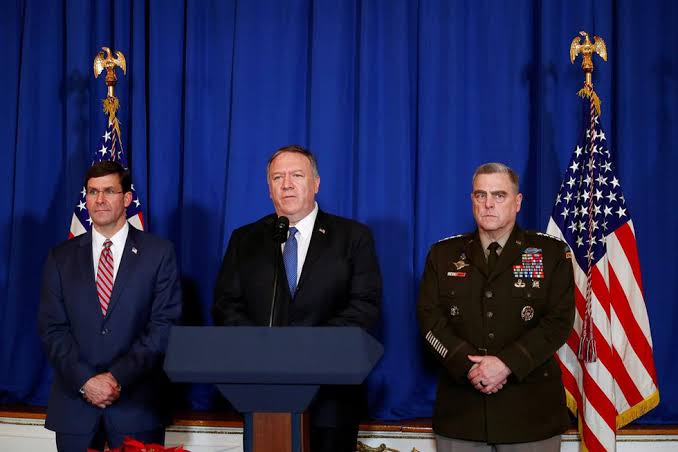