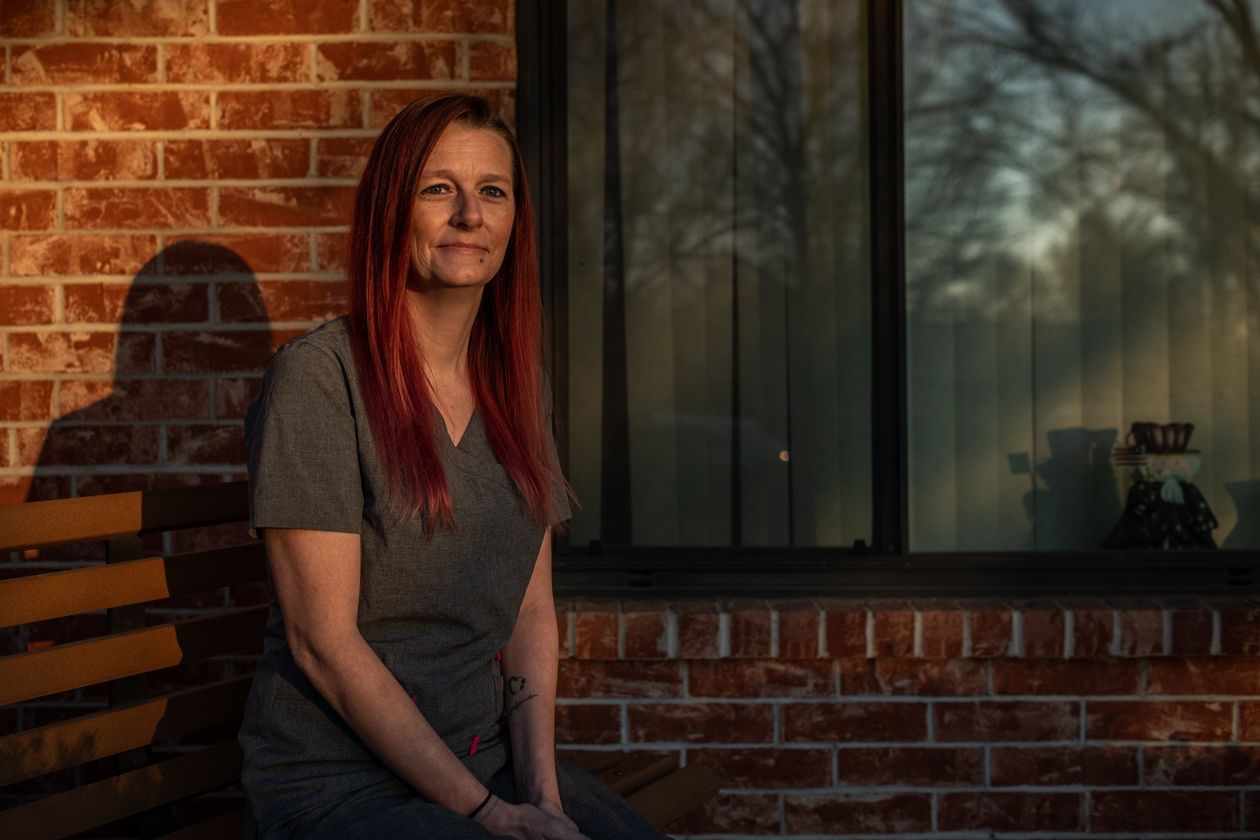 More nursing homes around the country will start getting a Covid-19 vaccine Monday, but the impact of the massive effort will partly depend on winning over front-line workers like LaShundra Williams, who say they are skeptical of the shots.

Ms. Williams, 40 years old, is a certified nursing assistant at St. James Veterans Home in St. James, Mo., and she says she is unlikely to agree to get the shots, even though her son is currently ill with Covid-19. She recently watched a webcast by nursing-home doctors about the safety and benefits of the vaccines, hoping for reassurance, but came away unconvinced.

She is still worried that a vaccine might make her anemia worse, and she thinks the shots are being authorized for broad usage too quickly.

The federal long-term-care vaccination program, led by CVS Health Corp. and Walgreens Boots Alliance Inc., will begin its broad rollout in a dozen states this week, with hundreds of facilities slated for visits during the next few days. But surveys have signaled that many staffers are reluctant to get the shots, and some already have been declining them in the limited number of facilities where vaccinations have been administered.

At the nursing home at John Knox Village, in Pompano Beach, Fla., which became one of the first U.S. facilities to get the vaccine last Wednesday, about one-third of staffers participated, according to Mark Raynor, director of health-care services. “It comes down to fear of the unknown,” he said.

In Chester, W.Va., the Orchards at Foxcrest, which includes a nursing home, assisted-living center and independent units, had about 65% of eligible staffers agree to get the vaccine Thursday and Friday. Matt Murray, vice president of operations, said the company mounted an extensive information campaign. The community has faced a recent Covid-19 outbreak, including two deaths, he said, and executives hope more staffers will agree to get shots in a later visit.

After its outbreak is over, Mr. Murray said the community plans to start requiring employees who haven’t been vaccinated to wear N95 masks at all times, except while eating or drinking. Those who have received the two required shots will be allowed to use less-restrictive surgical masks, and only in patient areas. “The goal is really to encourage people to get vaccinated,” and also to protect residents and employees, he said.

Genesis Healthcare Inc. and ProMedica Senior Care, major nursing-home operators that had people vaccinated at initial facilities last week, both said they aimed for only about half of their staffers to get shots during the first visit, so their administration could be staggered. They were able to fill all available slots.

Despite efforts to bolster testing and protective equipment in nursing homes, cases and deaths have continued to surge inside the facilities, closely following increases in the virus’s spread outside their walls. In the week ended Dec. 6, there were 4,525 deaths in nursing homes, according to data released Thursday by the Centers for Medicare and Medicaid Services. That was a 56% increase from the 2,893 deaths in the week ended Nov. 15.

Researchers say staffers exposed to the virus in their communities are likely unknowingly conveying it to vulnerable nursing-home residents, highlighting the urgent need to vaccinate workers. “If you have enough of your staff that is immune, they will be less likely to introduce it into the building,” said Morgan Katz, an assistant professor at Johns Hopkins University. Getting half of the staff vaccinated is an absolute minimum, and facilities should aim for everyone to get the shots, she said.

A survey of 1,676 U.S. adults released Dec. 15 by the Kaiser Family Foundation found that 71% would definitely or probably get a Covid-19 vaccine if it was found safe by scientists and offered free. Among the groups with the highest levels of vaccine hesitancy were Republicans, people aged 30 to 49, rural residents and Black adults. Also, 29% of those who said they worked in a health-care delivery setting said they would definitely not or probably not get vaccinated.

In a mid-November survey of nursing-home and assisted-living-facility staff in Indiana, by researchers at Indiana University, only 45% of 8,243 respondents said they would consider receiving a Covid-19 vaccine as soon as it was available. Others said they would be willing to take it later. The survey, accepted for publication in the Journal of the American Geriatrics Society, found that 70% of those unwilling to get the vaccine were concerned about side effects.

“There’s just a great deal of mistrust,” said Lori Porter, chief executive of the National Association of Health Care Assistants, an advocacy group, which found in its own survey that nearly 72% of certified nursing assistants didn’t want to receive the vaccine. “A lot of my CNAs, their responses have been, ‘No one cares about old people and no one cares about us and we don’t intend to be guinea pigs.’ ”

Nursing assistants are generally paid low wages to work in facilities that are often thinly staffed.

Zenobia Carden is a 35-year-old certified nursing assistant who worked in a nursing home earlier this year and is about to start a new job at a residence for people with developmental disabilities. She said she has seen firsthand the impact of the coronavirus, which killed several residents of the facility where she used to work. She debated what to do, but ultimately decided that getting the vaccine still felt too risky to her.

Ms. Carden, who lives in Bartlesville, Okla., worries about potential long-term side effects, as well as shorter-term ones like headaches, because she already suffers from migraines.

Nursing-home owners are trying to convince workers that the shots are safe by holding webinars and other sessions to share information, having top executives get publicly vaccinated and highlighting employees who are choosing to get the shots early.

PruittHealth Inc., a Norcross, Ga., company with about 102 nursing homes and assisted-living facilities, said each staffer who receives the vaccine will get a free breakfast at a Waffle House restaurant, and also be entered in a continuing raffle that will deliver prizes such as TVs. “We want to really create some excitement,” said Neil Pruitt, chief executive.

Lawyers have said that employers are generally legally allowed to mandate Covid-19 vaccines for workers, a stance reinforced last week in guidelines released by the Equal Employment Opportunity Commission. But nursing-home owners have said they don’t plan to require the vaccine. Many facilities are already facing staffing squeezes after months of pandemic challenges.