A man among lemmings 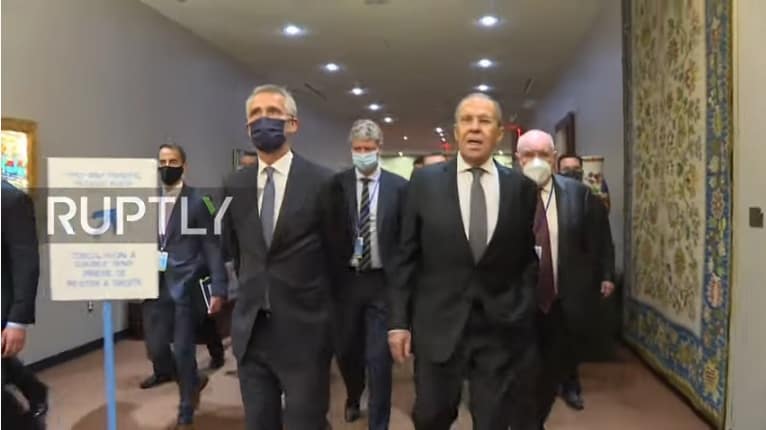 Russia’s foreign minister and the political head of NATO Jens Stoltenberg met at the UN in New York.

Stoltenberg all diapered-up, Lavrov, the anti-mask hero, with his characteristic bare face.

Sadly the rest of the Russian team was also diapered-up, which makes Lavrov’s continued defiance of the face-nappy cult (except when he’s hosted by China) all the more significant.

YOLO Lavrov also cracked a joke warning the press corps not to get their hopes up: