United Russia Looks Weak Ahead of Polls, the Communists Ascendant 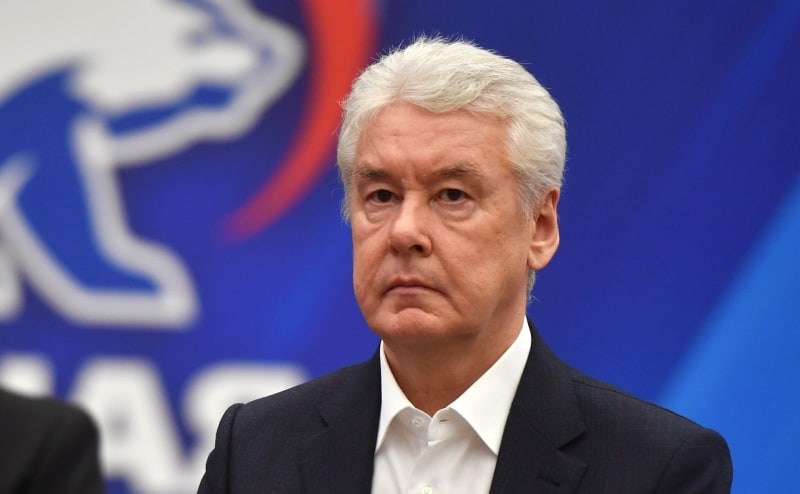 United Russia, the political party that backs President Vladimir Putin, is facing its toughest challenge yet. Ahead of upcoming elections, polls have the faction hovering at around 25-35% support, far short of previous highs. [35% when only likely voters are polled, 25% in the absolute.]

In 2016, the ruling party received 54.20% of the vote, according to official results, giving it a supermajority of seats. To achieve the same – undoubtedly the aim of the leadership – it now faces a severe uphill struggle.

The popularity of United Russia has declined significantly in the last three years. In spring 2018, around the time of the country’s presidential election, the party was polling at about 50% – miles ahead of the most prominent challengers, which could barely muster double figures. Just a few months later, following the announcement of a controversial move to increase the national retirement age, its polling figures dropped off a cliff, eventually leading to the pro-Putin faction losing a by-election, control of four regional parliaments, and two governorships. Another administrative post was later lost in November, this time in Khakassia.

At that time, United Russia polled at around 35% (or around 40% when excluding those who said they ‘won’t vote’).

Now, the figures are worse. In August alone, seven surveys from various companies have put the party at or below 30%, and under 40% when excluding those who plan to abstain – far short of what is required for a supermajority.

Aside from the backlash of increasing the pension age, United Russia is also facing issues in certain regions. According to the Scientific and Methodological Center for Rural Youth Problems, which conducted a poll at the end of July, there is significant variance in the ruling party’s popularity.

In Far Eastern Khabarovsk, United Russia polled just 12%, a long way behind 36% for the far-right LDPR, for which the China-border region is a stronghold. The rest of the Far East – such as Buryatia (19%), Zabaikalsky Region (22%) and Primorsky (25%) – also shows significantly less support than the national average for the ruling faction.

In other parts of the country, such as Muslim-majority Chechnya (83%) and Dagestan (69%), as well as mainly Buddhist Tuva (82%), it is significantly more popular than every other party combined.

The two best-supported opposition parties also face regional variance, and their struggle to make an impact on the national level is a significant handicap.

The largest of them – the Communist Party – is relatively popular in the industrial center of the country, enjoying 38% of support in Ulyanovsk and significant backing in Buryatia, Khakassia, and Omsk. Nationwide, it polls at 16.2%. In recent months, the Communists have branded themselves as the anti-United Russia option, expending significant effort to distance themselves from the current political elites, and have vocally opposed the unpopular pension reforms. They have also come out against “political repression,” and party leader Gennady Zyuganov has accused Putin of turning the country into a “fascist” state.

The other main systemic opposition party is the aforementioned far-right national LDPR, led by firebrand political veteran Vladimir Zhirinovsky. He is renowned for his passionate, patriotic rhetoric and confrontational style. Despite often being portrayed as a clown, and a tool of the system, he is by far the most popular opposition figure in Russia. According to the Scientific and Methodological Center for Rural Youth Problems poll, the LDPR is polling at 13.6%. Although the party has significant backing in the Far East, it faces challenges in the south of the country. For example, in Chechnya and North Ossetia, both in the northern Caucasus, they are supported by so few people that there is no data at all for these areas.

The next most popular party, Fair Russia, polls below double figures nationwide.

With elections just around the corner, United Russia has opted to draft in its popular figures in an attempt to win over the public, including President Vladimir Putin, Foreign Minister Sergey Lavrov, and Defense Minister Sergey Shoigu. The latter two will lead the national party list during the election.

Even though the party supports the president, Putin is not officially a member. However, with its support falling, United Russia has opted to temporarily brand as ‘Team Putin’, attempting to use the popularity of the leader to prevent a potentially disastrous election result. He also appeared at the party conference and presented its proposed social program.

The Russian Parliament has 450 seats, and holding two-thirds of it – 300 seats – is considered a constitutional majority. Half of the benches are elected by proportional representation with a 5% electoral threshold, with the remaining contests taking place in single-member constituencies.

According to Boris Makarenko, the president of the Center for Political Technologies, the party is guaranteed to win 190 first-past-the-post districts and more than 100 seats from proportional representation.

“That would guarantee it a simple majority. And it may or may not get a constitutional majority,” he said.

Putin Butters up Russian Pensioners With Cash Gifts Ahead of Polls

According to a Kremlin statement, the Russian president ordered a one-off payment of 10,000 rubles ($135) to be handed out in September, effectively doubling the monthly state pension that is roughly the same amount.

In a meeting with United Russia officials Sunday, Putin said that pensioners had been hit hardest by this year’s soaring inflation.

Annual inflation has reached 6.5%, according to the central bank, which in June hiked its key interest rate to the same figure – its biggest increase since a 2014 currency crisis.