Is now less than 10 kilometers from Idlib city

The deaths suffered by Turks in a Syrian artillery barrage on the outskirts of Saraqib has risen to eight, with seven military personnel and a civilian contractor. The Russian military explained the deaths in a night-time barrage on a Turkish convoy were not inflicted on purpose, instead, the Syrians believed they were firing on HTS (al-Qaeda). This sounds perfectly plausible to me. As long as the Turkish posts are failing to stop the Syrian advance, the Syrians are better off bypassing and isolating them, than taking them on.

And oh my are the Turkish posts failing to stop the Syrian army advance. Undeterred by a new round of Turkish reinforcements and four new posts around Saraqib, the Syrian army has continued its march northward. It has now shored up its right flank, enveloped Saraqib from the west, and cut the M4 highway, placing it just 8 kilometers from Idlib city itself.

The rebels appear somewhat broken. Along with the preceding gain of Maarat al-Numan these are some of the easiest/swiftest gains the Syrian army has been able to make against them. 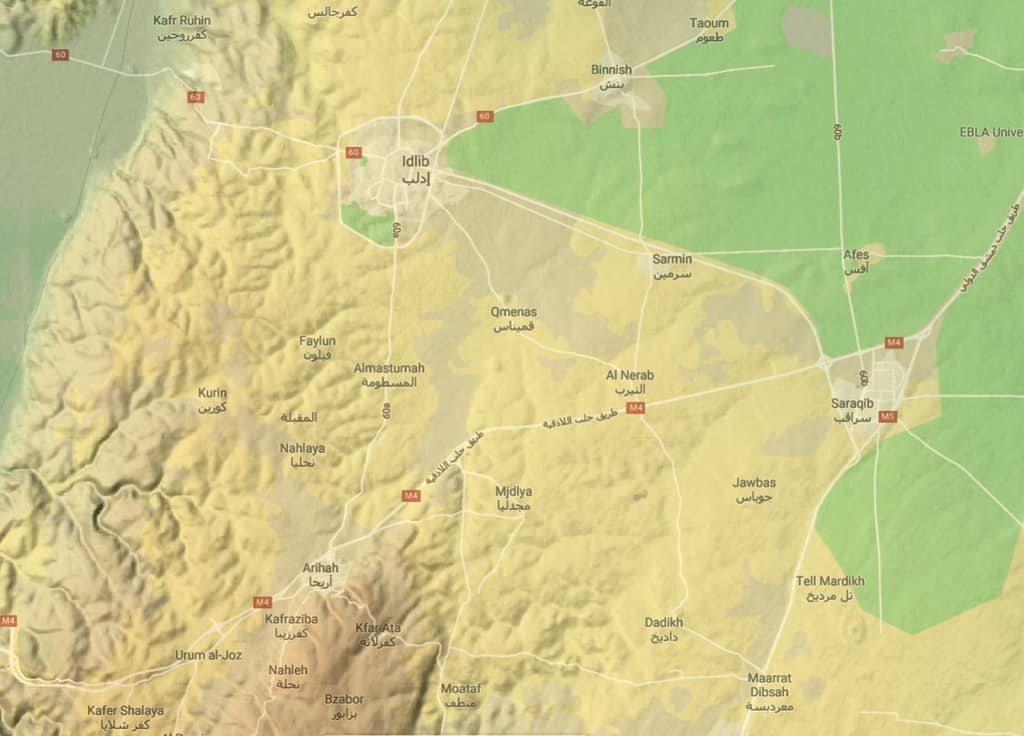 Today, #SAA took control over 25 new places in #Idlib as rebels start the withdrawal from the area until their positions N. Abu Dhuhur-Saraqib road. 41% of #Idlib province under #SAA control. 5th Turkish outpost about to be encircled by Syrian soldiershttps://t.co/oAzIAHBikE

Saraqib battle is expected to begin in the next days. #SAA will try to encircle the town by cutting most of supply rebel routes forcing militants to withdraw towards Aleppo & #Idlib cities. However, Turkish presence may force rebels to put some resistance inside Saraqib pic.twitter.com/I0ra3E0ZYu