Unauthorized Vaccine Cards Are Selling Like Hot Cakes in the US

So much so that Chuck Schumer is demanding a federal crackdown 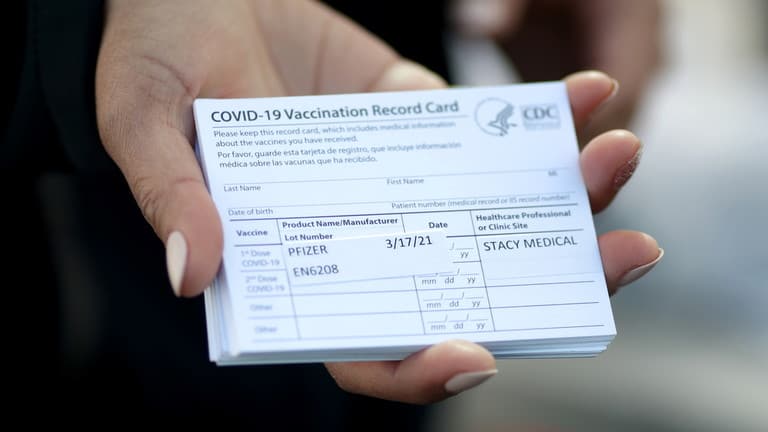 Sen. Chuck Schumer’s announcement Sunday comes after The Associated Press reported how people are cheating the system and buying counterfeit COVID-19 vaccination cards online, worrying officials at colleges and universities across the country that are requiring proof students received the vaccine to attend in-person classes.

Schumer is demanding U.S. Customs and Border Protection and the FBI team up with officials from the Department of Health and Human Services to launch a crackdown on the counterfeit cards and start a campaign to make clear that forging the cards could land people in federal prison.

He also wants the Justice Department to immediately prioritize cases involving fake vaccine cards and is pushing for Customs and Border Protection to work harder to find counterfeit cards being sent from overseas.

The FBI had issued a joint statement with the Department of Health and Human Services in March urging people not to buy, create or sell fabricated vaccine cards. The unauthorized use of the seal of an official government agency is a federal crime that carries a possible fine and a up to five years in prison.

A Chicago-based pharmacist has been arrested after allegedly selling more than 100 official Covid vaccination cards on eBay after obtaining them from the CDC. He was slapped with 12 federal counts for theft of government property.

A man identified as Tangtang Zhao was arrested and charged for the vaccine card scheme on Tuesday, the Justice Department said, accusing the 34-year-old pharmacist of snatching official CDC documents from his place of work and hawking them off on the internet for around $10 each.

“To put such a small price on the safety of our nation is not only an insult to those who are doing their part in the fight to stop Covid-19, but a federal crime with serious consequences.“ [True enough, the cards were worth a lot more. Very heroic of Zhao to basically give them away.]

Zhao allegedly made a little over $1,200 on the purloined vaccine cards, according to a criminal complaint against him. He was said to have worked for a “vaccine distributing entity” that administered jabs to the public, which are required by the CDC to hand out cards to recipients documenting their vaccination. Zhao is accused of stealing at least 125 blank cards and later selling them on eBay, apparently to allow buyers to present themselves as immunized.

Charged with 12 counts of theft of government property, a federal offense, Zhao faces up to 120 years behind bars if convicted, with each charge carrying a maximum penalty of 10 years.

[Hilarious. What 12 counts? This is political persecution, 120 years for 125 pieces of paper.] His first court hearing was held on Tuesday.

The Chicago pharmacist is not the first to land in legal trouble over vaccine cards, with a doctor in California arrested last month for selling falsified vaccination documents, as well as “homeoprophylaxis immunization pellets” she claimed would provide protection against Covid-19. Last Sunday, meanwhile, two Hawaii men, a father and son, were booked after attempting to use phony vaccine cards to avoid the state’s mandatory quarantine period.

The incidents come as New York City prepares to roll out one of the nation’s first full-on vaccine passports, with other locales, such as Los Angeles, considering whether to follow suit. Much like similar schemes unveiled across Europe, NYC’s pass system will require residents to prove they were vaccinated using a phone app before entering most indoor entertainment venues, as well as bars, restaurants and gyms. Those plans have proven controversial in the US and beyond, however, prompting a spate of major protests in recent weeks.