So then the Russians are what? 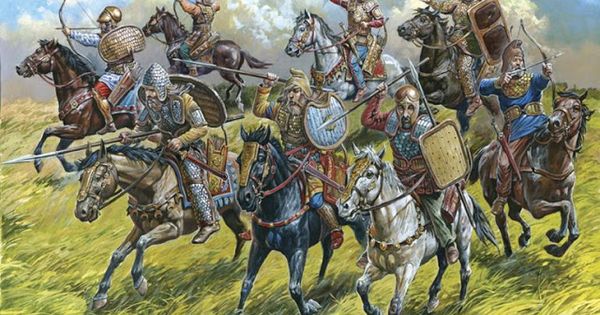 Khomchak said that the top military-political leadership of Ukraine determined the political and diplomatic scenario for the settlement of the international armed conflict in Donetsk and Luhansk regions as a priority.

“The liberation of the temporarily occupied territories by force will inevitably lead to the death of a large number of civilians and losses among the military, which is unacceptable for Ukraine. Being devoted to universal human values and norms of international humanitarian law, our state puts the lives of its citizens in the first place,” the Commander-in-Chief of the Armed Forces of Ukraine said.

At the same time, he said that the Armed Forces of Ukraine are ready for an adequate response both in the event of an escalation of the conflict in the area of the Joint Forces Operation (JFO), and in the event of a complication of the military-political and military-strategic situation around Ukraine.

He also said that using intimidation and blackmailing the use of military force, the Russian Federation artificially exacerbates the situation in order to achieve its own geostrategic goals.

“The Kremlin is using the buildup of inter-service groupings of troops [forces] along the state border and in the temporarily occupied territories of Ukraine as an additional instrument of pressure. Amid it, Ukraine is supported by the entire civilized world. We are not alone in the face of the enemy,” Khomchak said.

He said that the Armed Forces of Ukraine are actively promoting the implementation of the state’s Euro-Atlantic course.

“We have intensified the military dialogue with NATO at the strategic level and deepened cooperation in the Black Sea region. The Armed Forces of Ukraine are taking part in collective training events for troops [forces], including in NATO exercises on the subject of Article 5 of the North Atlantic Treaty,” Khomchak said.

He said that Ukraine-NATO cooperation is exclusively peaceful in nature, aimed at strengthening the country’s defense capacity and comprehensively contributes to the achievement of the military criteria for gaining full membership in the North Atlantic Treaty Organization.

“The Euro-Atlantic choice of Ukraine is the sovereign right of our state, which Russia has no right to influence,” Khomchak said.