Turks had been surrounded there since August 2019 Turkey has evacuated an observation station in Syria’s northwestern Hama province that had been encircled by Syrian government forces.

The outpost in Morek had been Turkey’s largest in the province, which is now under the control of Syrian President Bashar al-Assad.

Assad’s troops encircled it last year after an offensive on the province of Idlib, which is the last opposition stronghold in the country.

He said the troops would be redeployed to Turkish outposts in Idlib.

Morek is just one of around eight or so Turkish military outposts in Syria surrounded by the Syrian army. Morek being the southernmost outpost, that had been surrounded for the longest.

Turkey established these outposts on the front lines between the Syrian army and the Islamist rebels, just behind the rebel positions, as a way to try and obstruct Syrian army advances, but this did not happen. Instead, the Syrian army with Russian backing went around the Turkish bases and pushed the rebels back anyway, thus encircling the Turks in many places.

The Syrians did not attack the vulnerable, surrounded bases even when Turkey openly entered the war on the jihadi side in February and March of this year.

Erdogan meanwhile refused to withdraw from them, even though it was clear that fully surrounded the bases were of no military value, but were merely providing Syrians with potential hostages. Instead, he made a deal with the Russians where they could continue to be resupplied over Syrian territory, under Russian escort.

Now the most vulnerable of the bases is being evacuated possibly as an overture into a withdrawal from a number more:

Two people familiar with the decision told MEE on Monday that the Turkish military would be withdrawing from four observation stations and two military sites that were surrounded by Syrian government forces.

“The observation stations are in the areas that are hard to defend in the current predicament, such as Morek and Shir Maghar,” one of the people said.

“The military sites are near Saraqeb.”

The evacuation of the Turkish military base in #Morek in the northern #Hama countryside. pic.twitter.com/3eOP2WxRb3

Initially, Erdogan likely did not want to withdraw because of the optics at home. However, since then the Turks have managed to turn the tide of the war in Libya against Haftar, and are contributing to an Azeri offensive in Karabakh that is making gains, so he has some prestige to spend. Besides eyes in Turkey are more focused on the Armenian-Azeri fighting in Karabakh now.

Another factor may be that with Turkey and Erdogan fanning the flames of war in Karabakh and destabilizing the Caucusus on the Russian southern border, the Russians had become less interested in guaranteeing the Turks’ safety and logistics in northwestern Syria:

MEE’s sources said the Turkish military had decided to withdraw following a series of developments.

First, they said, Russia either blocked or severely impeded Turkey’s ability to resupply its positions.

“The regime also brought so-called civilians in buses to near the military stations, pushing them to attack the Turkish soldiers. These were regime provocations,” one said. It ain’t good enough Turkey needs to evacuate all its areas and take its savages for proxies with them.

Trying to sit between both chairs. Good luck Erdogan.

He’s doing a pretty impressive job so far, running rings around Putin while kicking Russia in the shins and at the same time staying in the safety of NATO.

2 steps forward, 1 step back. As long as Putin treats the Erdougan with kid’s gloves, The Erdougan will be thumping his nose at Putin. Putin has no long term plan for Syria, while the Americans have taken over all of eastern Syria and are developing heir plans.

Putin should have been replaced in 2014 as soon as he looked away while the Nazi coup happened in full public view in Ukraine.

Putin is an Israeli holop

Hmm..
This picture made me suspicious ? 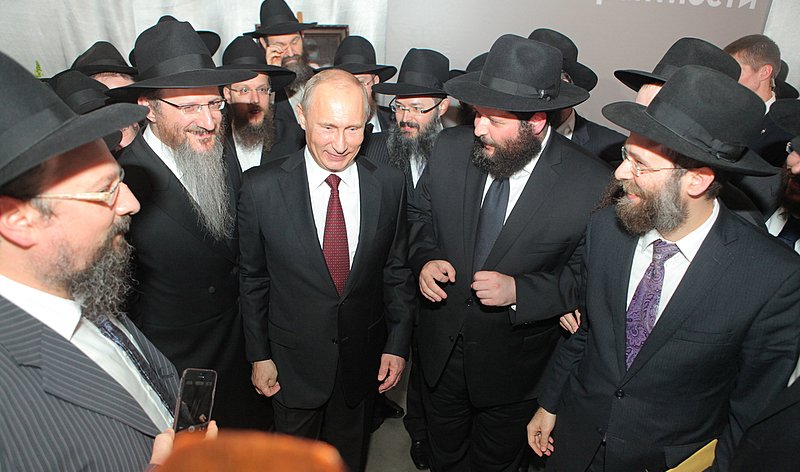 If NATO and the US continue to take umbrage at the Turkish testing of their new S-400 system, they may be getting a lot busier on their Mediterranean beaches.