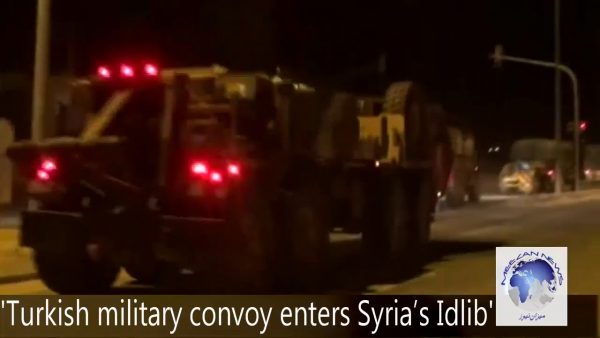 Here is what we know for sure:

Here is what has been reported, but we can’t know for sure:

4/ I just made this map. Have a look at it in order to better understand the situation. The Turkish army convoy has stopped around Kafr Halab. The Russians are bombing &Syrian regime is shelling area around Al-Qammari. The convoy is intended for Al-Eiss so it can't pass. @akhbar pic.twitter.com/XzkdudigKR

Here is what has been reported, but is obvious baloney:

Idlib is held by hardcore Arab Islamists. In theory it could also be home to YPG sleeper cells, but it’s highly dubious they would be at liberty to plant roadside bombs among a hostile population and a sea of Islamist fighters. It’s even more far fetched that YPG would be looking to insert itself into a tug of war between Turkey and Damascus.

No, if the Turkish fatality was really sustained in a roadside bomb attack it means that not all jihadi currents in Idlib are ready to welcome the Turks as saviors. (Once closely allied, Syrian al-Qaeda and Turkey by now have a much more ambivalent relationship.) Alternatively, if the death was not inflicted by a roadside bomb at all it would give credence to the reports that the Syrian army directed artillery fire against it.

8/ Video proving that an airstrike was carried out in Al-Qammari (check map in previous tweets) as Turkish army convoy was approaching the area. @akhbar pic.twitter.com/gSb1cWjzpB

In any case, all thing considered the most likely explanation for the Turkish incursion is that Erdogan – resenting the fact pro-government forces were sweeping away his beloved Islamists – decided to test the Russians and their interpretation of Astana, met more resistance than he was willing to push back against, and withdrew .

The Russian-led Astana peace process for Syria does envisage a role for Turkish military observers in Idlib, but a giant 100-vehicle convoy with 15 tanks, dispatched in the middle of the night, apparently with the goal of placing itself on the path of a successful Syrian army offensive —  seems not to have been quite what the Russians had in mind.

Likely the Russians told Erdogan behind the scenes that — especially in lieu of his ongoing offensive on Syrian Kurds in Afrin — he was overreaching and the damage to the convoy, whether dealt by rebels hostile to Turkey or a Syrian army shell, helped drive home the point.

That means that the path of the Syrian army to the rebel ‘capital’ of Idlib and the besieged Fuah and Kefraya pocket is once again clear.