Turkey Has Folded to US Pressure, Is No Longer Importing Any Iranian Oil 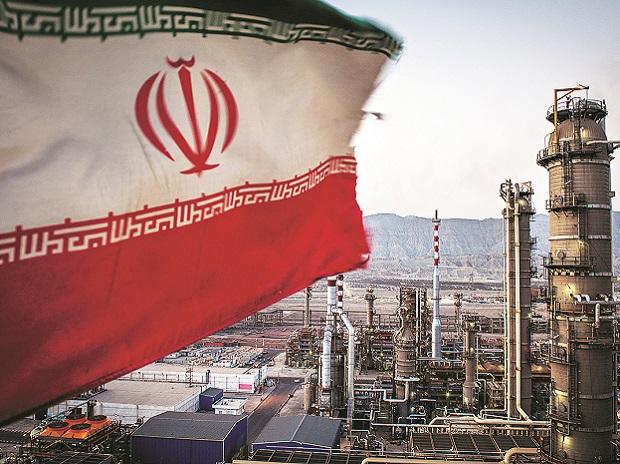 Turkey has closed its ports to Iranian oil, fully complying with U.S. sanctions against its main supplier, despite Ankara publicly criticising the United States’ move to end import waivers and warning of a struggle to tap alternative producers.

The U.S. decision to fully re-impose sanctions on Iranian oil ended a six-month reprieve for Turkey and seven other big importers as Washington steps up attempts to isolate Iran and choke off its oil revenues.

An American military presence in the region has also raised concerns over a potential U.S.-Iran conflict.

Full compliance allows Turkey to avoid U.S. sanctions even as its ties with the NATO ally are strained on several other fronts, including over the planned purchase of a Russian missile defence system that would trigger separate U.S. penalties.

Turkey’s largest oil refiner Tupras had pressed Washington for an extension of the import waiver before the May 1 expiration, according to a person familiar with the talks, adding that when it was not granted the company made it clear it would halt all imports from Iran.

Tupras did not immediately reply to a Reuters request for comment.

According to Refinitiv tracking data, no tankers loaded in Iran have arrived at Turkish ports so far in this month.

Four days after the waiver ended, a tanker carrying 130,000 tonnes of Iranian crude was midway across the Mediterranean Sea to Turkey when it changed course and turned off its tracker, Refinitiv oil analyst Ehsan ul-Haq said. Analysts, citing satellite imagery, said it likely unloaded instead at the Syrian port of Banias.

The data shows that Turkey began trimming its Iranian imports as early as march. Analysts said it has replaced the oil from its neighbour with oil from Iraq, Russia and Kazakhstan.

Last week, Reuters reported that Iranian crude oil exports have fallen to 500,000 barrels per day (bpd) or lower this month, with the bulk heading to Asia, according to tanker data and industry sources.

Turkish President Tayyip Erdogan has previously slammed the sanctions, saying they are destabilising for the region. In Washington last month, his spokesman said the country didn’t want to be deprived of its right to buy oil and gas from Iran.

A day after the waivers for China, India, Japan and other big importers were withdrawn, Turkey’s foreign minister said it did not seem possible for his country to diversify its suppliers in such a short period of time.

Yet Tupras, which consumes almost all of Turkey’s oil imports, used its play book from 2012-2013, when earlier U.S. sanctions on Iran forced it to ramp up supplies from Iraq and Russia, said an oil industry executive who requested anonymity.

“It is the same story…This time they are importing more Kazakh oil though,” said the executive, adding that Kazakh import volumes hit a 20-year high in February.

Turkey, the largest economy in the Middle East, is almost completely reliant on imports for its energy needs.

In the four months since November 2018, when the U.S. imposed sanctions and granted the limited waivers, Turkey imported an average of 209,000 tonnes of Iranian oil, or 12% of its total imports, according to Reuters calculations based on regulatory data.

The latest report from Turkey’s energy watchdog shows Iran supplied 15% of its oil consumption in February, with Iraq accounting for 23%, Russia 20% and Kazakhstan 16%.