Turkey Doesn’t Want to Ally Itself to Finland and Sweden 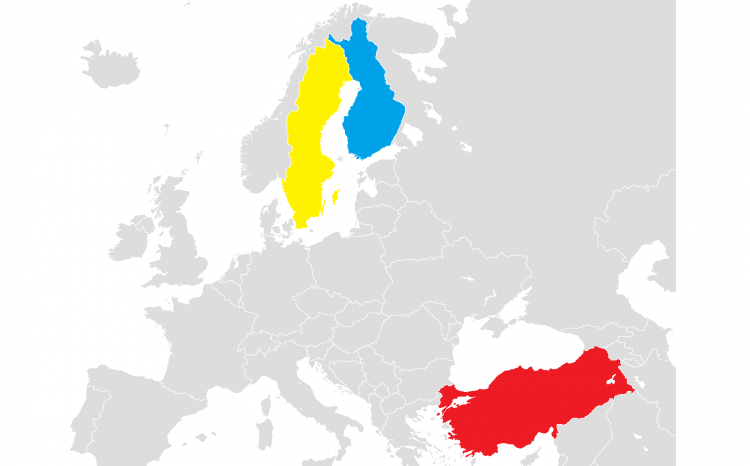 On Monday, Turkish President Recep Tayyip Erdogan said Ankara will not approve Sweden and Finland’s bid for NATO membership over the Nordic countries’ alleged support for the PKK, a Kurdish group Turkey considers to be a terrorist organization.

Sweden and Finland also have imposed a ban on arms exports to Turkey over Erdogan’s offensive in northeast Syria in 2019.

“First of all, we cannot say ‘yes’ to those who impose sanctions on Turkey, on joining NATO, which is a security organization,” Erdogan said.

Finland and Sweden need the consent of all 30 NATO members to join the alliance and are hoping to convince Turkey to drop its opposition.

Earlier in the day, Sweden said Swedish and Finnish officials planned to travel to Ankara to discuss Turkey’s concerns, but Erdogan said they shouldn’t bother. “They are coming to Turkey on Monday. Are they coming to convince us? Excuse me but they should not tire themselves,” he said.

On Sunday, Turkish Foreign Minister Mevlut Cavusoglu said Sweden and Finland must lift the arms embargo on Turkey and provide security guarantees on the PKK before Ankara could approve their memberships. Turkey also wants the Nordic countries to extradite suspected PKK members.

Cavusoglu attended a meeting of NATO foreign minister on Sunday that Secretary of State Antony Blinken also participated in. After the meeting, both Blinken and NATO Secretary-General Jens Stoltenberg said they were “confident” the alliance would accept Sweden and Finland despite Turkey’s opposition.