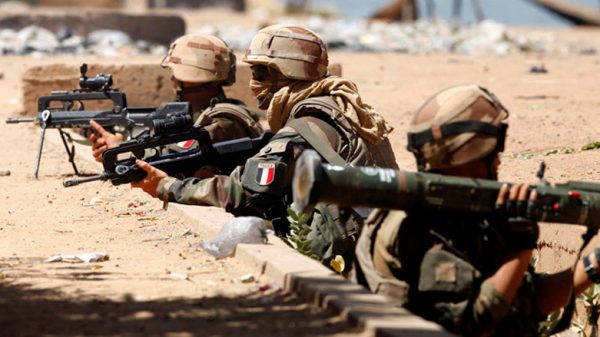 After the meeting Kurdish and French media outlets reported Macron had also promised to move French troops to Kurdish-held Manbij in northern Syria, and block the advance of the Turkish army which for months now Ankara has threatened to use to take the northern Syrian city for the Syrian rebels in its employ.

This would not be outside the realm of possibility seeing French special forces were actually involved in helping take Manbij for the Kurds in 2016 and remain elsewhere in Kurdish-held Syira.

However Paris soon denied it was going to redeploy its forces to protect the Kurds, but just the fact of the meeting itself was quite enough to upset the Turks. They declared that “those who support terrorist” would share in their fate:

The Deputy Prime Minister of Turkey took to Twitter on Friday, where he posted a series of tweets saying,

Livid Turkey had done the same last year to the US when it disclosed the locations of all of its (then) 11 bases in Syria.

In any case the NATO-on-NATO tension stemming from Syria is quite the sight. Turkish-British relations can not be good at this time either seeing how the recent roadside bomb attack in Manbij which killed a British SAS operative revealed that British troops are present in Manbij alongside the Americans.

Moreover the Brits reportedly suspect the attack was carried out by a Turkish-backed group.