Turkey Claims Has Killed “101” Syrian Troops Nobody Knew Were “Dead”, But Not Claiming Helicopter Downing That Actually Happened

Hasn't yet joined the war on al-Qaeda's side despite claims 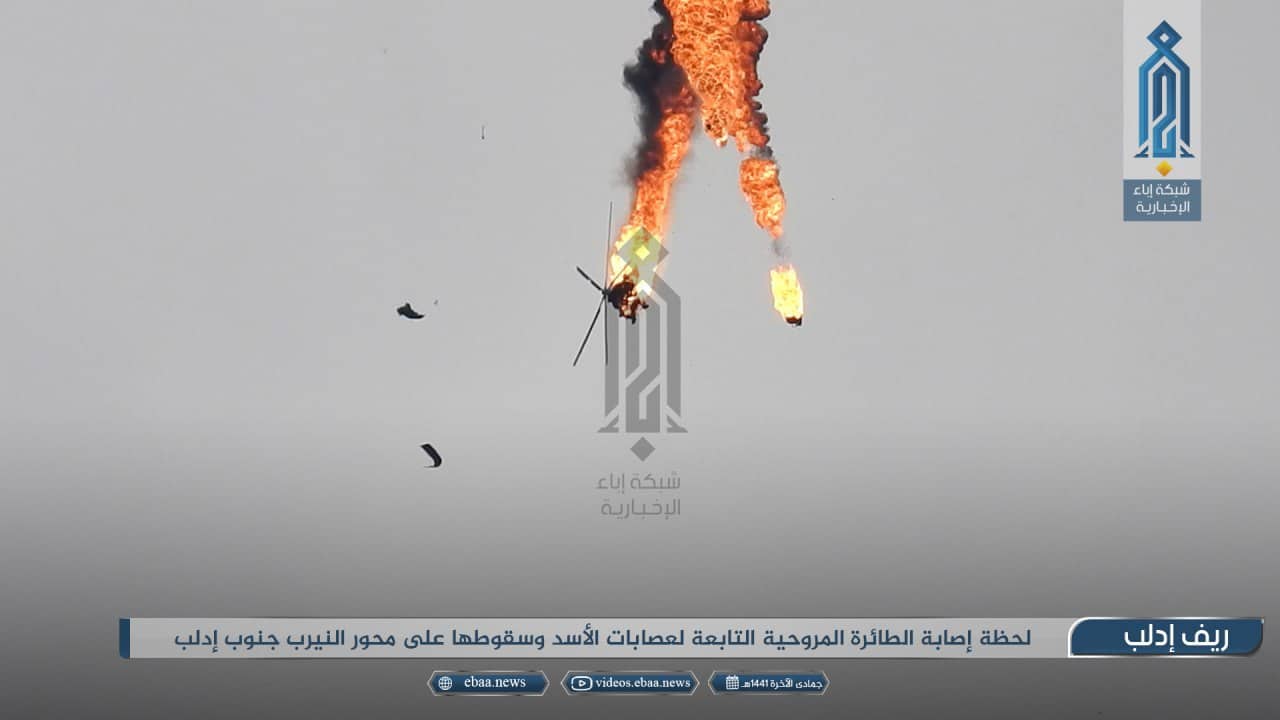 When 7 Turkish soldiers were killed in a Syrian artillery strike on February 3  (when they were mistaken for the AQ rebels they had come to shield) Turkey rushed to say it had responded by striking “54” targets and killing “76” Syrian soldiers. That was obviously bogus just from the fact there would have been no way for Turkey to know how many Syrian soldiers their strikes had killed. But more than that there is scant evidence of any serious Turkish attacks at the time.

In reality, far fewer Syrian soldiers were killed that day and it is unclear any at all by Turkish hand.

Same thing again. After 6 Turkish soldiers were killed in a Syrian artillery counter-strike yesterday Turkey is claiming today it has responded by striking “115” targets and killing “101” Syrian soldiers. Truly impressive how Turkey is able to instantaneously able to determine enemy casualties from 115 separate attacks to a single digit, however again I can not find confirmation that Turks did much of anything.

The one high-profile loss the Syrian army did sustain today, the loss of an Mi-17 helicopter, Turkey on the other hand empathically did not claim responsibility for:

Turkey’s Defense Ministry later said that the regime forces have completely withdrawn from Nayrab. The ministry also confirmed the downing of the helicopter, but did not specify who shot it down.

So there’s that. It may be tricky for Turkey to take aim at aircraft even if they wanted to hit back at the Syrians because if the aircraft was actually Russian there would likely be severe consequences as in November 2015.

It isn’t possible however that Turks may have recently transferred more shoulder-launched anti-air missiles to rebels, albeit that is speculation at this point. (Rebel shoot-downs of Syrian and Russian aircraft are quite rare, but they have happened before.)

To sum up, while Turkey is threatening to join the war in Syria on al-Qaeda’s side it hasn’t quite done so yet.

My condolences to the families of the soldiers killed in yesterday's attack in Idlib. The ongoing assaults by the Assad regime and Russia must stop. I've sent Jim Jeffrey to Ankara to coordinate steps to respond to this destabilizing attack. We stand by our NATO Ally #Turkey.

The Trump administration is definitely encouraging it to do so, however, calculating correctly that this would ruin Turkey’s relationship with Russia and force back into reliance on the US. Pompeo is even saying the US is willing to “coordinate” a response with Ankara whatever that may mean.

The AQ-dominated rebels for their part once they shot down the helicopter they paraded the pilot’s body through Idlib but the footage has been removed by Twitter.

HTS video showing the Syrian loyalist helicopter that was shot down over Nayrab in S. Idllib province. High-quality footage pic.twitter.com/prA5CFiPhU

War in Syria
6 Comments
Leave A Reply
Cancel Reply
Telegram Group
AE has a supporting readers Telegram group where we hang out and exchange leads and takes. If you have ever donated to AE drop me a line on email and I'll send you the link to join.
Anti-Bellum
Antiwar.com
Brownstone Institute
Edward Slavsquat
Fourth World
Swiss Policy Research
The New Kremlin Stooge
Read the rules before you think about leaving a message
Anti-Empire