Editor’s note: This is an excerpt from a story that we ran at the time but that bears repeating.

On May 15, President Trump appointed Moncef Slaoui,  a board member of Moderna who until May 19 held more than $10.3 million in Moderna stock, as chief scientist of the nation’s effort to find a Covid-19 vaccine.

Slaoui, who calls himself a “venture capitalist,” is also on the board of directors at the International AIDS Vaccine Initiative (IAVI), a “public-private partnership” organization that has received more than $359 million from the Gates Foundation.

Slaoui also held leadership positions at GSK. While heading the company’s Research and Development, GSK pleaded guilty and paid $3 billion in what the U.S. Justice Department referred to as the “largest healthcare fraud settlement in U.S. history.” The fraud included the coverup of the link between the drug Paxil and suicidal and depressive side effects (predominantly in children), the coverup of the link between the drug Avandia and heart attacks, which the FDA estimated lead to 83,000 excess heart attacks, as well several bribery and illegal kickback schemes.

While he was GSK’s chairman of vaccines, Slaoui oversaw the development of the swine flu vaccine named Pandemrix, which was rushed to market without proper testing during the swine flu outbreak. The result was an unsafe shot that left at least 800 people with brain damage, 80 percent of them children. Since GSK only agreed to give governments the vaccine on the condition that it be indemnified from liability, U.K. taxpayer money was used to pay millions of pounds in compensation to the victims.

Slaoui was hired to be the Trump administration’s “vaccine czar” as a private contractor, not a government employee. This means, as Public Citizen explained, that Slaoui can “maintain an extensive web of conflicting financial interests without the need to divest of, recuse from, or disclose those conflicting interests.”

The corporate media likes to paint the Covid-19 response as a tug of war between anti-science blowhards like Donald Trump and “champions of science” like Bill Gates. However, Slaoui’s appointment to co-direct “Operation Warp Speed” indicates that, here, the Trump administration and the Gates Foundation are on the same team.

After entering his new Trump administration role, Slaoui declared that Moderna’s clinical trial data made him confident “we will be able to deliver a few hundred million doses of vaccine by the end of 2020.”

Either Trump is completely incompetent in his choices for various positions in his adminstration, or he is on the Left’s side, and playing the role of Judas goat. In either case he is unfit for office.

Exactly! He wouldn’t have been in that position UNLESS he was of the same fabric/crap as them.

Trump is a master of deceit.

Trump is one of them. There is no right and left. The “them” are the communists who are and have been in power. Just look, the conservatives are in no way conservative any more. Yeah, we still have McDonalds and Starbucks, but the crap has hit the fan – it’s just many can’t see/feel it yet. With “covid,” masks, “social distancing,” free money if you don’t want to work, the transgender stuff, cancel culture (moron IT guys telling us what is right/wrong to say), the opening of the border and letting desperate people flood in to overwhelm the already economically not-so-hot country – all at frikkin once essentially – it’s happening. I pray for a miracle.

Not the communists. The show is run by the secret societies behind central banking, namely, the Jesuit order at the Vatican, the British crown, and the Freemasons.

Not even a miracle will help, now that O’Bummers sock puppet is in the Shite House!! The US of Israel is DOOMED!

He is your garden variety totalitarian.

Trumps word’s from a 90’s TV appearance:
“IF I WERE TO RUN, I’D RUN AS A REPUBLICAN. THEY’RE THE DUMBEST GROUP OF VOTERS IN THE COUNTRY. THEY LOVE ANYTHING ON FOX NEWS. I COULD LIE AND THEY’D STIL LEAT IT UP. I BET MY NUMBERS WOULD BE TERRIFIC..”

And you are dumb enough to have voted for that geriatric, brain dead bastard Biden! They are ALL in the same club!

well trump’s lawyer was Mr. 9/11 himself; rudy giuliani.
so why would anyone be surprised at this other choice of crooks.

You’d think people would learn from the past but alas, they do not. Same thing happened in 1976 with the swine flu vax. over 500 with guillain barre syndrome and 50 died. At least they pulled the vaccine.

In today’s insanity they have killed tens of thousands and only double down with their siren song “Its safe and effective”.

In today’s insanity they have killed tens of thousands and only double down with their siren song “Its safe and effective”.

And that’s why they just keep on winning.

While the lemmings assume that they are dealing with civilised people and try to negotiate, these bastards never back down, they always double down.

As Goerring said, make the lie big and repeat it often, and they will believe.

Sort of like a chicken trying to negotiate the dinner menu with a fox.

Or like a kdnapped child trying to negotiate with the organ traffickers just before the “operation”..

You’re quite correct, of course.

I should have realised – although Goerring had only one that crawled, and Himmler had something similar, poor old Goebbels had no balls at all.

That guy in picture up ?? Does he has Cobra Eyes or Rattlesnake Eyes ?? 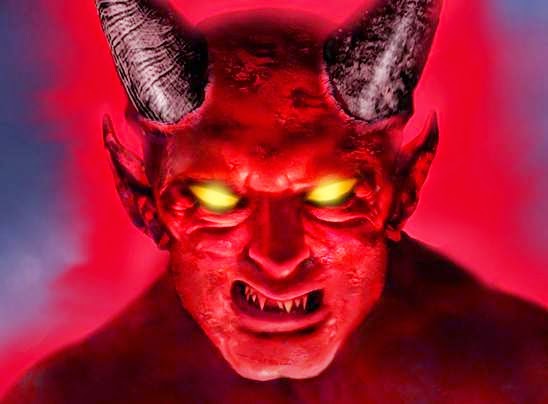 This scamdemic isn’t Fauci’s first rodeo…a vaccine (medical experiment) wasn’t invented for Covid, Covid was invented for the vaccine. The vaccine is the disease.

“During the past 20 years HIV-AIDS research has shown to a line of critical scientists again and again that the existence of HIV has not been proven without doubt, and that both from a aetiological (causal), and a epidemiological view, it can not be responsible for the immunodeficiency AIDS. In view of the general accepted HIV/AIDS hypothesis this appeared to me so unbelievable that I decided to investigate it myself. After three years of intensive and, above all, critical studies of the relevant original literature, as an experienced virologist and molecular biologist I came to the following surprising conclusion: Up to today there is actually no single scientifically really convincing evidence for the existence of HIV. Not even once such a retrovirus has been isolated and purified by the methods of classical virology.”

Dr. Heinz Ludwig Sänger, Emeritus Professor of Molecular Biology and Virology and a former director of the Department of Viroid Research at the Max-Planck-Institutes for Biochemy near München, wrote a letter (in German) to the Süddeutsche Zeitung. Prof. Sänger was in 1978 rewarded with the prestigious Robert Koch Award. He also wrote the foreword (in German) for the book ‘Mythos HIV’ written by the German journalist Michael Leitner.

“If there is evidence that HIV causes AIDS, there should be scientific documents which either singly or collectively demonstrate that fact, at least with a high probability. There is no such document.” Dr. Kary Mullis, Biochemist, 1993 Nobel Prize for Chemistry.

Dirty Jews are behind all that’s wrong with America

So how to we show this to our fellow man? If we ALL know who’s truly running the show, we might have a chance. But so many have swallowed the lies…

he was friends with epstien and michael “jesus juice” jackson. do the math

I don’t want to hear any excuses for trump, 4D chess, buyer’s remorse, the premature death and indescribable suffering of millions cannot be walked back. Moderna had a US patent for cvd19 vaccine before any case was reported in China.