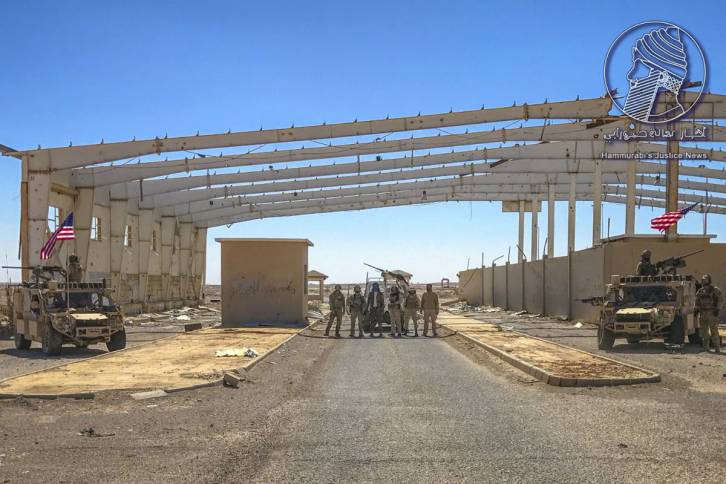 First it was supposed to be a pullout, then 200 troops were supposed to be left behind. Now that number has grown to 400. Moreover, it is precisely the riskiest part of the US occupation of Syria — it’s occupation of the stretch of the southern desert that will not be withdrawn or even rolled back.

200 of the 2500 troops in the Kurdish-held northern Syria will stay there as some kind of tripwire to dissuade the Turkish army from coming over the border to smash the secessionist Syrian Kurds.

All of the 200 in US Army’s al-Tanf garrison in southern Syria near the tri-border with Iraq and Jordan will also stay behind. The Americans set themselves up in al-Tanf years ago when Pentagon was trying to lead a part of Syrian Islamist rebels into an offensive against ISIS along the Iraqi border and thus deny it to the Syrian government.

The only such push they were able to organize and attempt ended in fiasco as the ‘rebels’ turned out to be more interested in drawing their US-paid salaries and smuggling rather than fighting to carve out a US anti-Iranian corridor in Syria.

Instead the Russian-backed Syrian government army advanced against ISIS from the north and east, and cut off the Americans and rebels at al-Tanf. After that and as the Syrian army went from victory to victory in other theaters the Pentagon-organized “rebel” groups gradually dissolved.

Even so the Americans stubbornly clung to al-Tanf imagining that holding this empty stretch of desert somehow hurts Iran by blocking just one of many possible border crossings between Syria and Iraq, and that vacating it would be handing the Syrian government a victory, which of course must never be allowed to happen.

The dangerous part about all of this is that Americans, have tried to make up for the weakness of their position (200 guys in the middle of nowhere) by adopting an uber-aggressive stance. They’ve proclaimed any Syrian government or allied troops who come within 55km of the camp will be attacked, and have carried out the threat on multiple occasions already — a few times according to Damascus even outside the 55km range.

The al-Tanf standoff has so far produced more American attacks on the Russian-backed Syrian forces than all the rest of the war combined. Al-Tanf has always been the area the most likely to spiral into something very, very ugly, potentially even between Americans and Russians, and it turns out this is the one area that will be left out of Trump’s “pullout” completely.