Trump Picks Another Great Ambassador. Should Have Done It 4 Years Ago

Too late? After a great pick for Germany, reaches for another pro-withdrawal realist for Afghanistan. 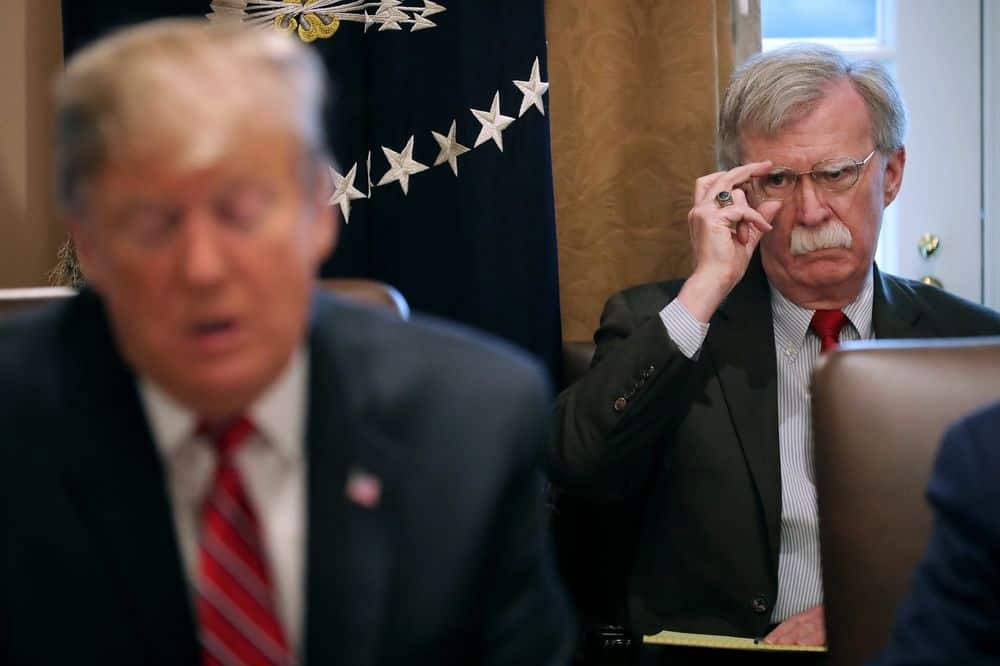 Editor’s note: Funny. The neocons he campaigned against got extended and influential gigs. His base gets a few crumbs at the very end.

In a move the could have major implications for the longest running war in US history, the Trump administration is planning to nominate Will Ruger to be the next ambassador to Afghanistan, the Wall Street Journal reported Friday. Ruger, an anti-interventionist conservative, has long championed an immediate withdrawal of American troops from that country.

Ruger’s planned nomination, which a source familiar with the matter confirmed to Mother Jones, speaks to President Trump’s desire to remove troops from Afghanistan as quickly as possible. Though the United States signed a much-criticized peace deal with the Taliban in February, the administration has been hazy about when to expect a full withdrawal of troops. Trump reportedly wants troops home before Election Day, but the Pentagon has advocated for a much “slower withdrawal schedule,” the New York Times reported in May.

Ruger, like Trump, supports a more expeditious departure. In his role as vice president for research and policy at the Charles Koch Institute, Ruger has long pushed for an immediate end to the two-decade-old war. “We should not equate Afghanistan with Iraq,” he wrote in response to a Washington Post editorial criticizing Trump’s negotiations with the Taliban last year. “Staying longer will not magically achieve the broad and unnecessary goals that have eluded us to date.”

In my past exchanges with Ruger, he has even been more blunt about the need for a withdrawal—even without a broader peace agreement between the Taliban and the Afghan government. (No such peace deal has been reached.) “An agreement would be nice but they are separate issues and a peace deal between Afghans shouldn’t be a prerequisite for doing the right thing for the US,” he said in an email last year, after Elizabeth Warren and Pete Buttigieg argued similarly for an immediate withdrawal during a fall Democratic primary debate.

If he is confirmed by the Senate—which is no sure thing, given the busy pre-election schedule—Ruger would represent a significant break from the hawkish officials Trump has often installed in key national security posts in the past.

“The administration has put people in positions that are simply not aligned with the president,” a source familiar with the nominating process told me. “Under Johnny McEntee [who now leads the Presidential Personnel Office], that’s changing.”

The source added, “You’re going to see more like people like Will Ruger and less people like Brian Hook,” the hawkish special envoy for Iran who resigned last month.

Ruger’s nomination is not only a nod to the Koch empire—which had pronounced disagreements with Trump on trade and other issues even as it financially supported his party—but also a recognition of the growing bipartisan discomfort with America’s endless foreign wars. Last year, the libertarian-leaning Charles Koch teamed up with George Soros in a much-publicized move to fund the Quincy Institute for Responsible Statecraft, which aims to provide a dovish counterweight to the Washington, DC, think-tank community.

“We have not had a healthy marketplace of ideas in the foreign policy space,” Ruger told Politico in January. “There should be no opprobrium given to people’s desire to find a diplomatic arrangement to avoid or end conflict.” That approach has led to some unexpected moments of agreement between the progressive left and anti-interventionist right. In March, Ruger sat down with Rep. Ro Khanna (D-Calif.)—a vocal Trump opponent and critic of militarist foreign policy—and said that Libya, Iraq, Afghanistan, and Yemen were “places where American military power seems to actually be undermining our national interest.”

“We certainly have some alignment with Will on the limits of military power and the absurdity of continuing the war in Afghanistan,” a progressive foreign policy expert who has worked with Ruger in the past told me. But, this person added, “as progressives, we do believe the US has a role in Afghanistan” and “want the US to honor its commitments to not abandoning a country we’ve now spent 20 years destroying.”

Where Trump and Ruger differ, the progressive foreign policy expert added, is on the sincerity of their views and the intellectual basis for them. “Donald Trump wants to get out of Afghanistan because he doesn’t give a fuck about Afghans,” the person said. With Ruger, “there’s an intellectual, libertarian mindset that people might disagree with, but is not born of fundamental bigotry, racism, and xenophobia.”

Empire WoesOrange Man
Leave A Reply
Cancel Reply
Telegram Group
AE has a supporting readers Telegram group where we hang out and exchange leads and takes. If you have ever donated to AE drop me a line on email and I'll send you the link to join.
Anti-Bellum
Antiwar.com
Brownstone Institute
Edward Slavsquat
Fourth World
Swiss Policy Research
The New Kremlin Stooge
Read the rules before you think about leaving a message
Anti-Empire