Donald Trump has sown confusion with his Iran policy in recent days, but there is method in his madness. He does not want to attack Iran directly. He never has. His real motive is to poison U.S.-Iranian relations so thoroughly that it will be impossible for Joe Biden to do what he has said he will do, and return to the Iran deal.

I called Sina Toossi, a senior researcher at the National Iranian American Council, and he laid out Trump’s agenda.

“For sure they are trying to put the last nails in the coffin of the Iran Deal,” Toossi said.

“This transition period is very dangerous. Israel and Saudi Arabia have gotten desperate, after trying of years to push the US and Iran into a confrontation and failing. Netanyahu and his coalition have gotten everything they’ve really wanted from Trump but in this area they’ve failed– to get Iran to collapse, to spur regime change, or even to change Iran’s foreign policy through the maximalist demands issued by [Secretary of State Mike] Pompeo.

“So we’re seeing a lot of effort to sabotage Biden’s effort to return to the nuclear deal.”

They could succeed. While Biden and Iranian officials and other global leaders support a return to the Iran deal, doing so is not a slam dunk. Just look at the public discussion among Iranian leaders– sanctions have generated a political crisis in the country, with hardliners arguing that Biden won’t be any better than Trump and that Iran can’t return to the deal without being compensated for damages from the sanctions.

Toosi says the “maximum pressure” sanctions have created a devastating humanitarian crisis in Iran– in the midst of the pandemic. European leaders have called on the U.S. to ease the sanctions but the U.S. is just imposing more sanctions. These are “redundant sanctions”: the U.S. reimposes sanctions that are already in place on account of Iran’s nuclear activities, and states that they are in place for human rights charges and terrorism charges.

What all these sanctions do is raise the political cost for Biden to return to the nuclear deal, Toossi sayd. Biden will have to reverse these additional sanctions, and the Senate will fight him, by blocking appointees or pushing further sanctions.

“That will create a political cost to Biden, whose political capital is limited and who will have to choose where he is going to fight,” Toossi says. “They are trying to tie his hands, with a spider’s web of sanctions.”

Some Democratic hawks have gone along with the Trump program; so when Biden comes in, they will be saying, Let’s continue the sanctions to get a better deal, as Trump claims. Even Sen. Chris Murphy, the so-called progressive candidate for Secretary of State, has given credit to this approach in his talk with the Israel lobby group the American Jewish Committee. Bear in mind, Barack Obama had to expend a huge amount of political capital to overcome the Israel lobby in 2015 and make the deal in the first place. Many Democrats opposed him, including Chuck Schumer.

Then there is the military threat in the transition.

“I’m worried that Israel and Saudi Arabia might view the rhetoric from the Trump administration as a green light for Israel to launch a strike on Iran,” Toossi says. “That is a very serious threat.”

Toossi fears that a desperate Israel might use the transition to do what it can to kill the Iran deal, by bombing the Natanz uranium enrichment facility. That would remove the whole reason for the nuclear deal. “What deal? There are no nuclear facilities!”

What Saudi Arabia and Israel fear is not Iran’s nuclear proliferation but that the Iran deal is restored and Iran becomes reintegrated in the global system. Moderates and reformers will then emerge in the country, and it will go in a different direction. The regional power balance will be upset in ways that are destabilizing to both Saudi Arabia’s and Israel’s rightwing governments.

“They would prefer hardliners in Iran,” Toossi says. So that Iran will be more easily isolated.

Israel and Saudi Arabia are quietly cooperating on the normalization deals between Israel and Gulf states because the Saudis need U.S. support to prop up their dictatorship, and they get that support by forging an alliance with Israel. That’s a lot like what the Shah of Iran got before the Iranian revolution, Toossi says– the Shah supported Israel quietly and received U.S. support.

Toossi says he is still optimistic about a return to the Iran deal. Why?

Many in the U.S. have called for a quick return to the Iran deal. The international community, the EU and China, all want the Iran Deal to come back. Iran has shown restraint. It has understood Trump’s moves as a trap and has refused to counter-escalate. Even in the face of a series of attacks last summer on an Iranian port and the Natanz nuclear enrichment facility, the Iranians have shown restraint. Just as the Iranians did not retaliate when Trump scrapped the nuclear deal in 2018. “Iran did not take the bait,” Toossi says.

Another reason for optimism is that Iran has deterred any outright attack.

Its response to the Soleimani assassination last January, hitting the U.S. base in Iraq, was precise and pinpoint, demonstrating a capability we did not know that it had. Similarly, Iran’s attack on Saudi oil facilities in 2019 was very effective: it knocked out half of Saudi oil production in one day. Today no one wants to risk an attack by Iran. Even Tom Friedman said that Israel ought to shut down Dimona because of Iran’s capability post Soleimani.

Toossi says his pessimism comes from the fact that sanctions have empowered the hardliners in Iran. “The Iranian economy has taken a devastating blow.” After the deal in 2015, there were hopeful signs for Iraq. The middle class was growing, there was a lot of foreign investment. “A lot of that has been reversed, dramatically.”

The cost of living has increased sharply to the point that basic goods are becoming inaccessible to people. Look at the reduction in purchases of red meat and rice by 30 percent, Toossi says: “People can’t afford food.”

The currency is diving because of the cutoff of oil sales, and more Iranians are falling into poverty.

On social media, Iranians share “sanctions stories,” many of which involve the inability to get medicines. Human Rights Watch has made an issue of this. Even insulin and immunotherapy drugs for lesser known diseases are unavailable or difficult to find. That’s because the international banking sanctions have stopped the import of many drugs.

The Trump administration had the ability to “whitelist” drugs. But that’s not what they want: “They want to stoke discontent, and force regime change,” Toossi says.

Why such a punitive policy? Trump has done just about everything Israel and its rightwing lobby wants. The transactional president has been the “perfect puppet,” as he himself once put it, of Sheldon and Miriam Adelson, who has given Trump’s campaigns more money than anyone. Twenty years ago Sheldon Adelson helped to stock the George W. Bush administration with neocons who would do everything they could to kill the Camp David peace process Clinton had undertaken, and this time round he’s helped to stock the Trump administration with regime-change neocons, so as to destroy the Iran deal. The way they look at it, there’s still time left.

Trump has time for this? He half-assed getting reelected in 2020 and still burning time on the unnecessary? Iran is not a threat.

What is the difference between Saudi Arabia and Iran?

Saudis support IS and Al Qaida, while Iran is fighting them.

Saudis buy US weapons up to 300 billion !
America is selling the rope the West one day will hang on.

Why is America fighting Israel’s wars?
Why are Americans so fixed on a small and unimportant country?

America is like a huge giant while a dwarf is sitting on his shoulder and tell him what to do.

What did the Iranians do other than hold hostages attempting to force the USSA to return the Shah who killed thousands of Iranians ,,, who was receiving refuge and medical care. To some that seemed barbaric until one observes it was the indispensable democracy that overthrew the democratic
Iranian government in 53 and installed the killer Shah.

Of course Americans think they can go anywhere, bomb anyone to bring freedom, democracy and the American way…whatever that is. But when the other nations do something in response,,, of course it’s terrorism.

And not just that! 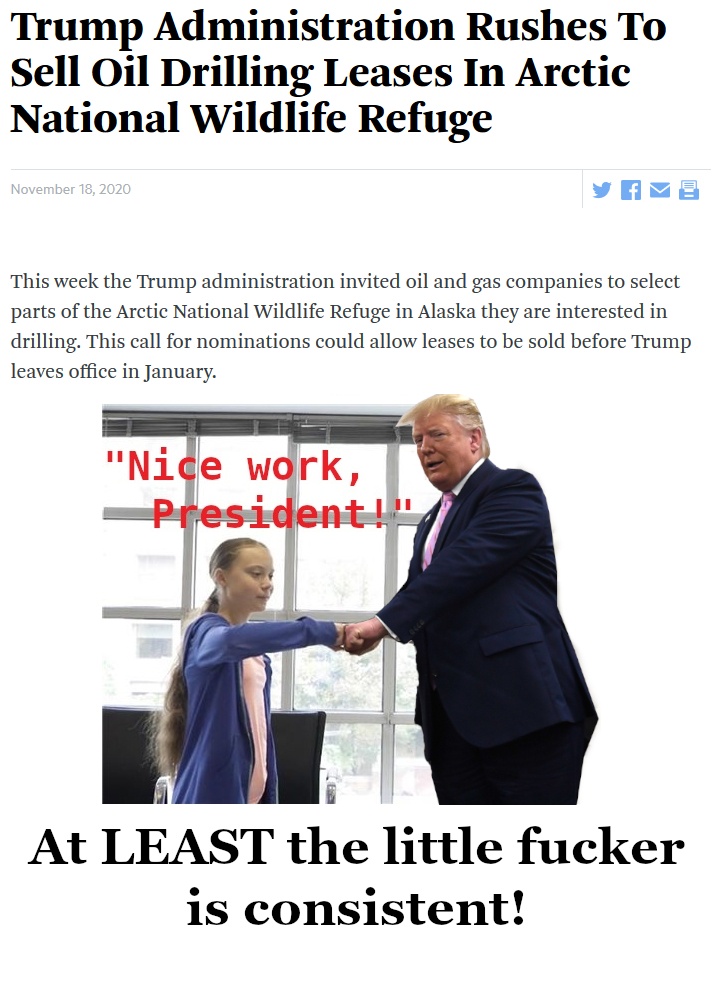 No one needs to worry about Iran getting nuclear weapons until they have complied enough uranium which is enriched to a high enough purity to make one. Every international agency which has inspected the Iranian enrichment program has concluded that they haven’t reached the very low level of enrichment required to fuel a nuclear reactor, let alone the very high level of enrichment required to make a nuclear explosive. Iran’s “crime” has been attempting to set up a gold-backed currency outside of the SWIFT system, something that Russia, China, Iraq, and Libya have also attempted. We know how that worked out for the last two. The first two are nearing success, after which the collapse of the petrodollar will be inevitable.

No 1 needs to worry because they already have them.
If buttfuck Pakistan can acquire them then surely the Persians can also.
Remember Israel technically does not have any of these weapons?