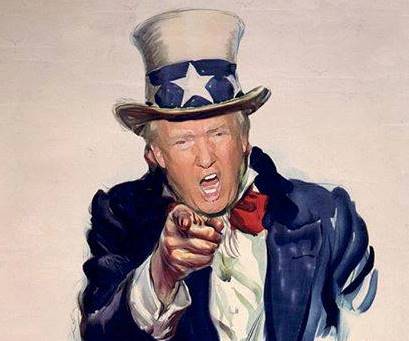 Editor’s note: American Herald Tribune sadly fell on the pro-lockdown side on COVID, but to say they are run by Iran’s Revolutionary Guards is preposterous, idiotic, and absurd. It has been a solid and valuable small alt-media operation (just like this site) critical of DC’s foreign policy.

This is political persecution and censorship. So much about “press freedom”, “freedom of speech”, or “democracy”.

Tell me more about all the various countries that need to be bombed and blockaded pronto to spread this fantastic “liberal democratic” order further.

PS.: Great job Trump DoJ, the swamp machine is stealing the vote from under you and you’re busy coming after AHT that would have backed you as a matter of principle. No big tears will be shed if the Dems succeed in their endeavour.

The US Department of Justice (DOJ) announced on Wednesday that it seized 27 online domains, claiming the websites were controlled by Iran’s Islamic Revolutionary Guard Corps (IRGC). The DOJ seized the domains under the guise of enforcing US sanctions against Iran and the IRGC.

Wednesday’s announcement followed the seizure of 92 domains in October that the DOJ also claimed were operated by Iran. The DOJ purports that the domains were being used to spread “Iranian propaganda” and “disinformation.”

The DOJ and the FBI work with US tech companies to make these seizures. “Thanks to our ongoing collaboration with Google, Facebook, and Twitter, the FBI was able to disrupt this Iranian propaganda campaign and we will continue to pursue any attempts by foreign actors to spread disinformation in our country,” FBI Special Agent in Charge Craig D. Fair said in a statement.

Among the domains seized on Wednesday were four news websites the DOJ seized under the guise of the Foreign Agents Registration Act (FARA). The claim against the websites is that they targeted US audiences without disclosing ties to a foreign government.

“Here, the four domains purported to be independent news outlets, but they were actually operated by or on behalf of the IRGC to target the United States with pro-Iranian propaganda in an attempt to covertly influence the American people to change United States policy concerning Iran and the Middle East,” the DOJ said.

One of the news sites taken down was the American Herald Tribune (AHT), a website whose editor in chief, Anthony Hall, is based in Canada. It’s not clear how the US government decided that AHT or the other websites are affiliated with Iran.

In January of this year, CNN published a story that claimed AHT was founded in Iran. CNN quoted an unnamed official from the cyber-security firm FireEye. According to Porter, FireEye boasts that it has contracts with “nearly every department in the United States government.”

AHT published authors with dissenting views, who often criticized US foreign policy towards Iran. If the DOJ uses shaky assessments like the one from FireEye to take these sites down, it sets a dangerous precedent for independent media outlets.