Sometimes, it pays not to be in the top-10. And it certainly pays to stroke the back of the world’s most powerful man, especially if he’s a narcissist. China can now heave a sigh of relief. As expected, U.S. President Donald Trump has declared that the United States will impose a 25% tariff on steel imports and a 10% tariff on aluminium imports – as early as next week.

During his presidential campaign, Donald Trump had never failed bitching about China. After he was crowned the POTUS, the White House continued the argument that China would be punished for unfair trade practices. The punishment would help American blue-collar workers afflicted by decades of manufacturing job losses and wage stagnation.

Even after announcing the long-anticipated tariffs on Thursday, Trump wrote on Twitter – “We must not let our country, companies and workers be taken advantage of any longer. We want free, fair and SMART TRADE!” But judging by the outbursts and complaints so far, Trump’s latest trade war isn’t that smart after all – if indeed the U.S. president was really anti-China to begin with.

Yes, China, frequently criticized politically for dumping cheap steel on trade partners, is not even one of the top-10 exporters of steel to the United States. The Chinese are at the 11th position. While the U.S. imports steel from more than 100 countries, three-quarters come from just eight countries and it appears Trump has been barking the wrong tree.

China itself wasn’t really that interested about Trump’s tariffs drama. In fact, the Chinese are more concerned about U.S.-Taiwan bill than U.S. trade war on China, to the point of threatening a war over Taiwan if the United States passes into law a bill promoting closer U.S. ties with the self-ruled island that China claims as its own. Taiwan could leverage on Trump’s recognition to push for formal independence.

On the other hand, the panicked Canada, aside from an empty pledge to respond with their own measures, hasn’t a clue what to do with the tariffs. The European Union has already warned that they would retaliate, targeting Made-in-USA products such as Harley-Davidson motorbikes and Jack Daniels whiskey. Clearly, Canada and Brazil are likely to bear the brunt of the steel tariffs, not China.

European Commission President Jean-Claude Juncker warned the U.S. – “We strongly regret this step, which appears to represent a blatant intervention to protect U.S. domestic industry and not to be based on any national security justification. The EU has been a close security ally of the U.S. for decades. We will not sit idly while our industry is hit with unfair measures that put thousands of European jobs at risk.” 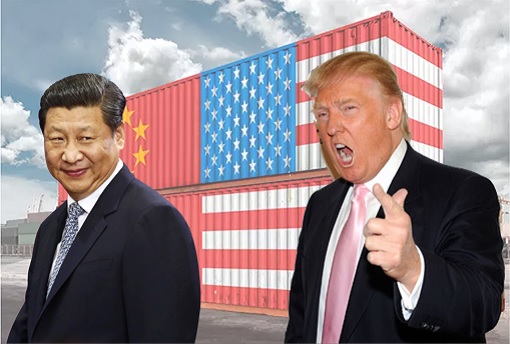 As far as aluminium is concerned, China is only the 4th biggest exporter to the U.S. According to the U.S. Geological Survey, top foreign sources of aluminium included Canada (56%), Russia (8%) and the United Arab Emirates (7%) between 2013 and 2016. Even American Alcoa, the world’s sixth largest producer of aluminium, protested Trump’s move.

Perhaps Trump had never considered China as the U.S. biggest economic enemy in the first place, but merely a punching bag to rally ignorant American voters. Perhaps the “Super-VIP” treatment accorded to Trump by Xi Jinping during his Beijing visit last year has done its magic trick marvelously. Perhaps Trump is a fair businessman after all (*grin*).

You see, the U.S. Commerce Department actually recommended 3 separate options last month for steel and aluminium tariffs – a global tariff; tariffs targeted at China and other key countries mixed with quotas; and a universal quota. President Trump chose the global tariff option, hence subjecting imports from all countries to the hefty levy.

If Trump’s intention was to specifically punish China as he had trumpeted hundreds of times during his presidential campaign, he could easily choose the option to deliver the deadly blow to the Chinese. The fact that he didn’t suggests his goal is to indiscriminately punish any countries –friends or foes – which have been taking advantage of America.

Of course, there’s a possibility that Trump has no other choice but to launch a blanket tariffs on all steel and aluminium exporters because to target China alone would be counter productive since the Chinese isn’t the main exporter of both metals. There’s also a chance that he’s betting that allies such as Canada and European countries were bluffing with their counter-tariffs threats.

After all, allies Canada, South Korea and Europe hadn’t shown that they were any friendlier than the Chinese towards Trump administration. For a long time, people thought tariffs were based on Trump’s belief that the world’s largest economy is a victim of predatory trade practices by countries such as China. Clearly, they were wrong. China isn’t the problem. 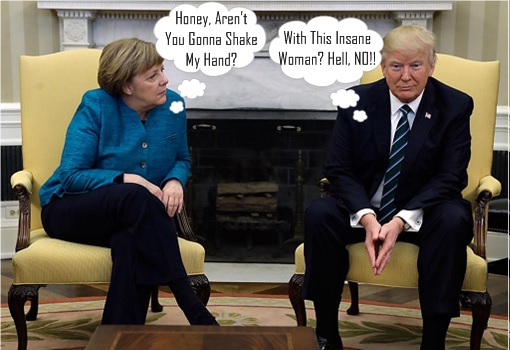 Still, the tariffs could backfire spectacularly. After President George W Bush imposed tariffs on steel imports in 2002, the strategy boomerang and had cost the U.S. about 200,000 jobs – including 11,000 in Ohio, 10,000 in Michigan, 10,000 in Illinois, and 8,000 in Pennsylvania. That’s why even lawmakers within his own camp are furious with Trump’s tariffs.