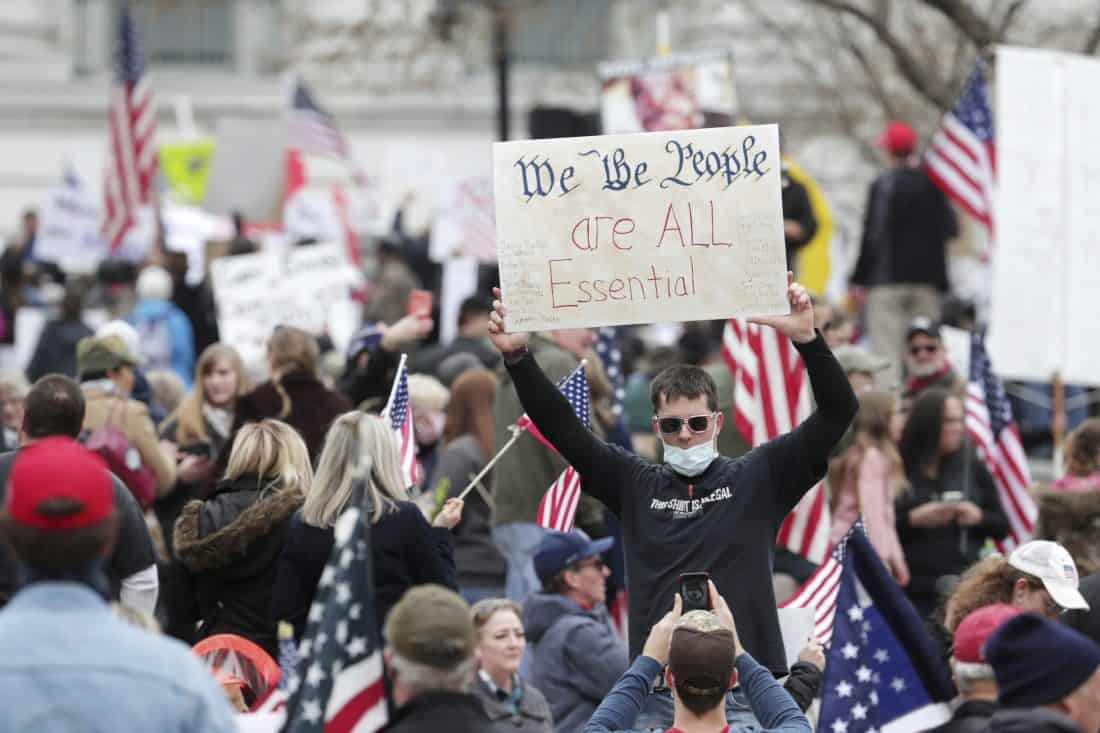 Editor’s note: This is a Daily Mail summary. You can read the entire Chicago Fed analysis here.

The official U.S. unemployment rate for April, due out this Friday, will likely vastly understate job destruction from the coronavirus pandemic, so a pair of economists at the Federal Reserve Bank of Chicago set out to create a measure that captures the true extent of labor market losses.

Their estimate: a coronavirus unemployment or ‘U-Cov’ rate in April of somewhere between 25.1 percent and 34.6 percent.

‘The official unemployment rate may only capture a fraction of these losses,’ Chicago Fed economists Jason Faberman and Aastha Rajan wrote in a blog released Tuesday, describing their proposed U-Cov measure of labor market underutilization.

Many of those newly out of work will not be captured in the traditional U.S. unemployment measure, which counts only those who are out of a job and actively looking for work.

The Labor Department also publishes broader measures to include those working fewer hours than they want to, and people who have looked for work in the past but not recently.

But even such broader measures may miss those who are on unpaid leave and expect to return to their jobs once the crisis has passed, or people who are not searching for jobs because of stay-at-home orders, the Chicago Fed researchers wrote.

‘The unique nature of the COVID-19 crisis has led to the furlough of many workers and has also made it difficult for people to look for new work, even if jobs are available,’ they said.

‘The evidence suggests that employment losses are likely in the tens of millions, but many individuals are finding it hard to actively look or be available for work and therefore be classified as unemployed.’

In charts accompanying the blog, the researchers showed the previous ‘U-Cov’ high had been just over 20 percent in the wake of the Great Recession, more than double the 10 percent high registered by the traditional unemployment rate.