Insects, meet a human being, proud and tall

Tampa Bay Buccaneers Quarterback Tom Brady is receiving a lot of backlash online for not wearing a face mask at the 2021 Super Bowl. Brady was caught on camera now wearing a mask as he entered the stadium for the big game — which is available to stream for free — while most of his teammates were masked-up. Some have also claimed that he may have been unmasked on the sidelines as well, but that is unconfirmed. Even more interesting is how Brady’s own father, Tom Brady Sr., caught and fought off COVID-19 this year. While he was excited to see his son take on another Super Bowl win and become the MVP once again, Brady’s parents have tried to steer him toward masking up.

According to his father, Brady is steadfast in his own health procedures and doesn’t take much outside consideration or advice. “It’s serious. I mean, if we’re not wearing masks, we’re really missing the point,” Tom Brady Sr. told Andrea Kremer in an interview with NFL Network. “You know what? He’s 43 years of age. We keep harping on it. Frankly, he thinks his body, with … he probably takes 45 pills a day. So far, God willing, he’s still healthy. But the answer is yes, we do [tell him to wear a mask].”

"I had no interest whatsoever in winning or losing, I just was interested in taking the next breath."@TomBrady's parents sat down with @Andrea_Kremer to detail Tom Brady Sr. overcoming COVID and the excitement of getting to see his son play in his 10th Super Bowl 👇 pic.twitter.com/VEX0vQooIo

The situation has been very controversial, due to the current coronavirus pandemic. COVID-19 can be deadly to some portions of the public, especially those with certain pre-existing conditions, and therefore make wearing is strongly encouraged by healthcare professionals. “Considering everything happening in that stadium I doubt this actually matters but a dude as famous as Tom Brady should just do the right thing and wear a mask. I think I have to turn off this game. It’s making me angry,” tweeted journalist David Korman. Scroll down to see more reactions from Super Bowl watchers who are upset over Brady’s maskless appearance.

“Saw Tom Brady arrive not wearing a mask,” one upset fan tweeted. “He’s an arrogant guy. Many don’t like him for that reason.”

Tom Brady could have used his platform to wear a mask and be a role model for responsible behavior. But nooooooo, he had to be a maskhole. #SuperBowl
pic.twitter.com/llPCzhr1zs

“There is something just so unattractive about that level of arrogance & disregard,” someone else said.

@TomBrady That’s why people don’t like him! Be a role model & put on a damn mask! https://t.co/PrOlV6NwI8

“A Real MVP would have worn a mask. Tom Brady is a Disrespectful Jerk!!!! And just so you know he won’t be visiting the White House even if invited. I don’t care how good you are on the field, his character off the field is bad,” another person wrote.

He may be a great quarterback, but he could be less of a selfish jerk and put on a damn mask. Terrible role model. pic.twitter.com/nLK7hawdvT

“No one has to wear a mask in Florida,” someone lamented. “Entitlement has a weird way of showing itself.”

This is when it’s definitely okay to call someone

Really @NFL – Bubble exclusions? And your paying him?

You got this backwards!

“Doesn’t he have small children too?” one Twitter user asked. “At least do it for them so you don’t bring anything back to them.”

I wonder if the 7th ring comes with an N95 mask. @NFL @TomBrady #bradybias

“I’ve never cared one way or the other about Tom Brady, until he walked into the stadium without a mask,” a Super Bowl watcher said. “The guy that almost lost his parents to covid…. What a POS!”

Am I more annoyed at Tom Brady for not wearing a mask at the SuperBowl, or Uber Eats for having the AUDACITY to “promote local restaurants” like their entire business model isn’t made to suck them dry?

“You just know Tom Bradys reason for not wearing a mask on the sidelines is i CaN’t BrEaThE i HaVe A mEdIcAl CoNdItIon,” one last person tweeted sarcastically. 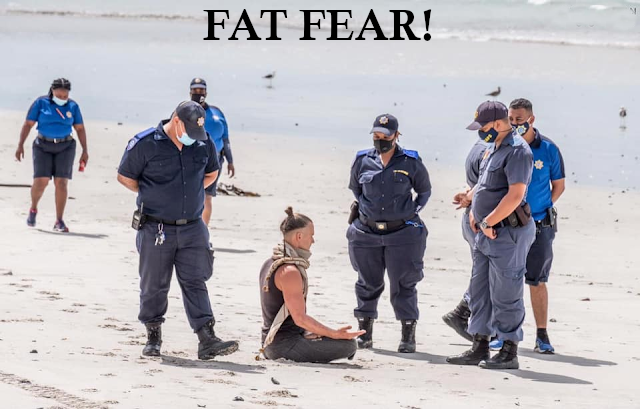 And those reactions are just a confirmation that the current animal specie just deserves extinction.

The sad part… he has a MORON father.

How did Brady’s parents KNOW they had the plague. Oh that’ s right, a medical quack getting medicare money for diagnosing it. It’s well known Medicare pays for plague diagnoses and pays much more for putting people on ventilators blowing their lungs out killing over 90%.

How can anyone know,,, the virus hasn’t been isolated, its genome hasn’t been mapped,,, this according to CDC itself which the maskholes refuse to believe as that would be blasphemous to their new cult. So go ahead, morons, take the shot that even THEY say doesn’t work.

Sorry Tom,,, and not wanting to be disrespectful,,, if this article is true then your parents are gullible morons like the rest of the maskholes out there. Real parents respect their children’s decisions and not publicly ostracize them.

As for the rest of the maskholes. You will soon be getting what you so justly deserve.

A Novel Coronavirus from Patients with Pneumonia in China, 2019

Right at the very end of this paper (just another “science fraud” but who cares right?!) one can read:

Although our study does not fulfill Koch’s postulates,

And to celebrate the One Year anniversary of HIGHLY SUCCESSFUL OPERATION COVIDIUS the ones that were picked to start it declared this: 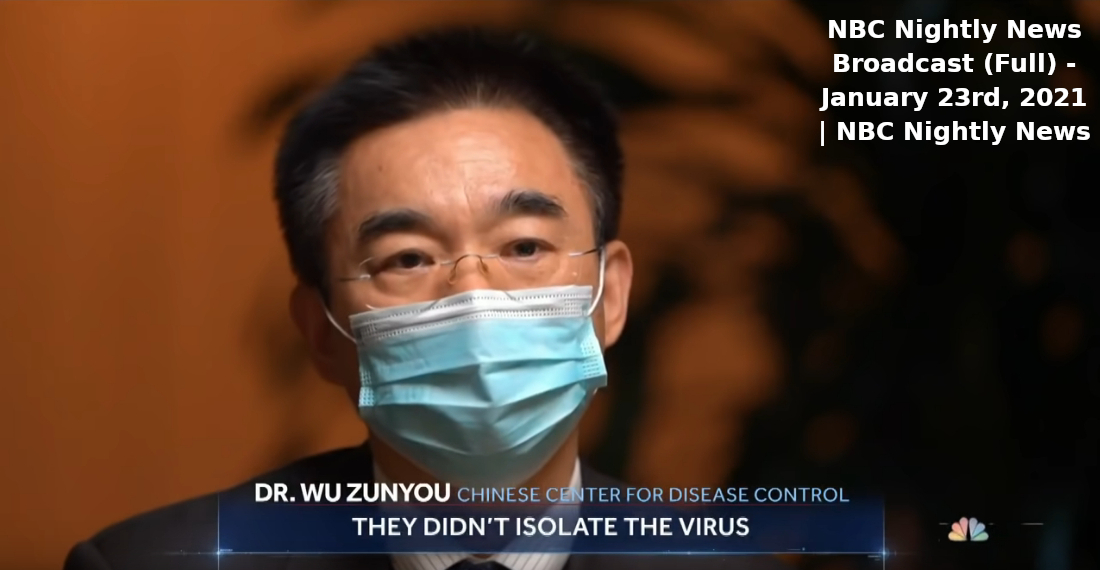 Keep enjoying it and slave on… while they don’t cull you!

Yep….no virus. It’s been a hoax since the beginning…and we can go back to 2003 SARS1…also never isolated just like current SARS2. Brady is a real man whether you like him or not. All the face diaper fools are either elderly with underlying conditions (a mask to prevent death because you ate shit food entire life) or cowardly SHEEP (everyone else with zero reason to diaper up).

I don’t understand the “elderly” idiots. I am 72 and it pisses me off to see the stupidity. They got all damn day to sit around and read the CDC documents and other data online to figure out the scam.

Maybe I’m slower and in a few years I will be just as stupid. I hope God takes me before then.

Brady is a winner because he’s able to think for himself. Being a sheep doesn’t interest him in light of the facts of this almost-flu.
The World needs a leader to emulate…urgently.

Great to see. A role model of the best kind. We need less sheep and more people like Tom Brady. He just got a new fan.

“One man with courage makes a majority.” — Charles Lindbergh

I was always a huge fan of Tom Brady. Now I’m even MORE of a fan thanks to him so boldly refusing to wear a PC face diaper in response to a nothing-burger ‘virus’ that no medical authority has even identified (https://principia-scientific.com/even-cdc-now-admits-no-gold-standard-of-covid19-virus-isolate/) and for which the gold standard PCR test is meaningless (https://bit.ly/3dWjrUk_Off_Guardian_PCR_Tests_Useless) AND for which 99.76% of those who test positive have no or mild symptoms or otherwise recovery completely from.

What’s more, masks are entirely useless against viruses, as all the randomized control tests have shown. Further, masks impede breathing and cause ENORMOUS health problems for the wearers, including ‘covid.’ http://masksharm.com, plus please get ahold of the latest book–you may have to get the Nook version here: https://bit.ly/3oXJ3pt_Contra_Masks_Mikovits–by Dr. Judy Mikovits’ The Case against Masks. And to put it all in perspective, statistics show that “More Masks = More ‘covid.'” (https://bit.ly/2LVradq_More_Masks_More_covid).

Against all the mainstream superstition driving the weakminded to a vaccine that is not a vaccine, rather a murderous gene therapy experiment (https://bit.ly/2N99cEw_Mercola_NOT_Vaccines) that according to many experts will kill millions and seriously injure with chronic illness 10s of millions more (https://bit.ly/3j98jI7_Dr_Mercola_Judy_Mikovits_on_Covid_Vax | https://bit.ly/3rl5uqg_Dr_Coleman_on_Vax_War_Crime | https://bit.ly/3rAZPwi_Sherri_Tenpenny_CVvaxes_3to6_mon_deadly), Tom Brady stands tall and provides an heroic example of standing up for what is right against the hysterical mind-controlled collective blinded by fear and snake oil by the sadistic profit mongers of NO LIABILITY Pharma who are out to kill and maim as many of you as will let them.

If this be anti-globalist-tyranny, make the most of it.