Why such attention on just this one virus out of a mix of 100 that hit us each and every winter?

It’s safe to say these days the media wants your eyeballs on one thing and one thing only: the coronavirus numbers. But why? Why to the exclusion of everything else?

And I don’t mean just to the exclusion of everything else there is going on right now (bailouts, repression…), but even stripped of its proper context necessary to understand how much of a threat it is or isn’t.

We’re supposed to be acting as if SARS-CoV-2 dropped down from the sky yesterday and was totally new and isolatable, and not just one more virus in a virus cocktail that hits us every year.

That isn’t how it works:

First, I wanna say that in 30 years of public health medicine I have never seen anything like this, anything anywhere near like this. I’m not talking about the pandemic, because I’ve seen 30 of them, one every year. It is called influenza. And other respiratory illness viruses, we don’t always know what they are. But I’ve never seen this reaction, and I’m trying to understand why.

Here are some facts I learned in recent days:

1. Every winter we are hit with a mix of viruses that infect our lungs (lower respiratory infection) and outward manifest in fever, coughing and fatigue (influenza-like illness).

2. Every year there are between 35 and 50 million such infections, resulting in between 300,000 and 600,000 deaths mostly of the elderly. Every year this total of 300-600 thousand deaths is caused by a mix of influenza, pneumonia, corona and other flu-like lung viruses.

3. This year’s total death toll from these viruses is not exceptional. The flu season is only slightly worse than average.

So then the truth is this: Coronaviruses kill people every year and there is no excess mortality to indicate SARS-CoV-2  is killing more people than whatever virus it mutated from that we didn’t make a fuss about.*

The only way in which SARS-CoV-2 stands out is that (courtesy of smart Chinese virologists) we have a test for it and that therefore we are able to map its extent more precisely and frighten ourselves more effectively.

For most of these other viruses, we don’t have a test for. In those cases we do, the test is not new so there’s nothing for our minds to latch on as sensational. And finally, the way testing is done is far different. We do not run around trying to uncover and confirm as many influenza cases as possible. Instead, patients with mild symptoms are not tested because whatever specific respiratory virus (or a combination of) got to them, the treatment does not differ.

One thing that is done, however, that isn’t being done with COVID-19, is to test control groups from the general population to give us an idea of how prevalent the infection is among the population at large:

For that, all that would be required is testing a sample of the general public. That way you catch those that are without symptoms but more than that you get a very good sense of how the number of cases relates to the total population overall and, over time, whether it is going up or down etc.

You can use the basic methodology of polling firms to get small population samples for understanding the virus profile in the general population. This would actually tell us something.

The current method of testing does none of this. Either the medical advisers surrounding Trump are incompetent or know better and have a separate agenda to stoke fear.

Had we done this with SARS-CoV-2 it is possible we might have discovered the infection is not so much spreading as that it has been with us for a while now, but that like other coronavirus illnesses it largely went unnoticed presumably because it isn’t any more deadly than they.

And then read the excerpt below. It’s from a piece that already ran on Anti-Empire two days ago but highlighted here again because I can’t emphasize enough just how valuable this article is:

In fact, such “mild” coronaviruses infect tens of millions of people every year, and account for 3% to 11% of those hospitalized in the U.S. with lower respiratory infections each winter.

These “mild” coronaviruses may be implicated in several thousands of deaths every year worldwide, though the vast majority of them are not documented with precise testing. Instead, they are lost as noise among 60 million deaths from various causes every year.

Note the uncertainty about influenza-like illness deaths: a 2.5-fold range, corresponding to tens of thousands of deaths. Every year, some of these deaths are due to influenza and some to other viruses, like common-cold coronaviruses.

In an autopsy series that tested for respiratory viruses in specimens from 57 elderly persons who died during the 2016 to 2017 influenza season, influenza viruses were detected in 18% of the specimens, while any kind of respiratory virus was found in 47%. In some people who die from viral respiratory pathogens, more than one virus is found upon autopsy and bacteria are often superimposed. A positive test for coronavirus does not mean necessarily that this virus is always primarily responsible for a patient’s demise.

If we assume that case fatality rate among individuals infected by SARS-CoV-2 is 0.3% in the general population — a mid-range guess from my Diamond Princess analysis — and that 1% of the U.S. population gets infected (about 3.3 million people), this would translate to about 10,000 deaths. This sounds like a huge number, but it is buried within the noise of the estimate of deaths from “influenza-like illness.”

If we had not known about a new virus out there, and had not checked individuals with PCR tests, the number of total deaths due to “influenza-like illness” would not seem unusual this year.

At most, we might have casually noted that flu this season seems to be a bit worse than average. The media coverage would have been less than for an NBA game between the two most indifferent teams.

*Sure enough, the images of a number of localities (but by no means entire countries) overflowing with patients in Italy, Iran and China are shocking but since the media never before bothered to cover the seasonal respiratory viral pandemic that hits every year it is difficult to judge how unusual it is for a few localities in the world to get overflown in that manner. What we can say is that of the time of the writing only five countries (China, Italy, Iran, France, Spain) have over 200 active severe cases. In other words, at this moment the vast majority of our medical capacities are by no means overwhelmed.

Another “expert” at it??? Because this is a totally new and unknown virus that is spreading at high velocity.

It’s not about the virus. It’s about convincing the public that they need to be locked down with law enforcement and the national guard on the streets. When we are locked in place with the cops watching us, they will 100% crash the economy, and your pensions, stocks, and savings will be gone. 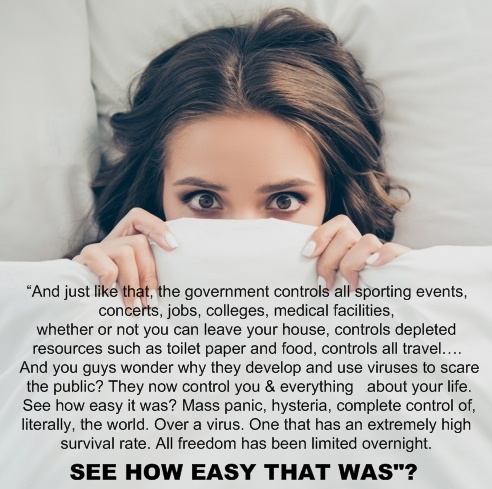 As someone who has studied propaganda/marketing, the pattern is obvious: the powers at the top (Event 201 planners) find a suitably vague statistical measurement to deploy that is difficult to argue with, and make outrageous claims based on this. It’s difficult to argue with because it is basically invented logic. If there were some hard facts to debate, that would be easy to discount. Similarly with econometrics. Bad math that people don’t argue with makes it easier to lie to us about their conclusions. It’s a propaganda technique. When I see hard facts and analysis coming out of msm I will believe them.

Why? because America’s runaway debt is about to enter into a full scale gallop where the national debt of 23 trillion dollars (up from `17 Trillion when Trump became President in 2016) will rise by 1 to 2 Trillion each year and then increase exponentially building upon its own massive interest.

Because old systems are going to retired such as 4 G tech to conventional energy and new systems introduced, such as alternative energy and 5 G tech including more Robots and Drones for manufacturing and aiming for cashless societies.

Because the economic war between the 2 largest economies have split the world’s economy into 2 camps where America is in losing camp. Because Israel cannot afford China to replace America in the ME. I am sure there are many other major reasons.

In order to do that without being blamed a necessary crisis takes the blame and then we have the Coronavirus.

This is all about government control and getting the population to acquiesce. With this, we see people willing destroy their own countries and Constitutions.

the answer to your question in your subtitle is, of course:

Always appreciate the Awake & Aware. I’ve speculated this for weeks to my neighbors, but am generally just called a Conspiracy Theorist, the use being to duck away from facing truth. How can New High markets be doing so in a plodding economy with few/no sales? How long can an illegal bank put $1.5 trillion into every few weeks if ‘everything is just fine’? 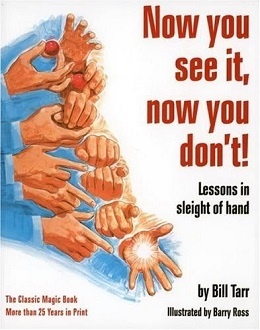 will you write a retraction if/when ICU capability is exhausted ? (I understand that to be the issue.)

If they show ICU capacity has been exhausted in a way that is unusual in the seasonal pandemics then that’s a good argument for them indeed. Another one would be if they could point to excess mortality.

Thanks for the response, we will know more in the coming weeks as various strategies are employed.