GAME OVER: CDC Puts the Covid-19 Fatality Rate in the Ballpark of Seasonal Flu

New estimates released by the Centers for Disease Control and Prevention indicate that COVID-19 may have an infection fatality rate as low as 0.26% [Actually CDC’s lower bound is 0.1%], a number that is double the seasonal flu but significantly lower than earlier estimates.

Determining the infection fatality rate of the illness has been a critical goal of scientists around the world since the discovery of the disease in late November. Infectious disease experts were shocked at the end of last year and into 2020 at both how quickly the disease spread and how many of those who became ill ultimately died.

In early February, modelers at Imperial College London estimated that around 1% of infections of COVID-19 would ultimately result in death. That number, which is about 10 times higher than the seasonal flu, shocked much of the world, including the U.K. government and most of the 50 U.S. state governments, into shutting down major swaths of their economies and placing many of their citizens under strict stay-at-home orders.

Those high estimates have persisted in recent months. In early March, White House adviser Anthony Fauci said the disease was “10 times more lethal than the seasonal flu.” The Trump administration would eventually go on to urge temporary severe mitigation measures across the United States, including pulling children from school, limiting gatherings to fewer than 10 people, and refraining from eating at restaurants and bars.

Numbers have dropped over time

Over the past several weeks, however, the estimates of the fatality rate have brightened considerably. Driven in part by large-scale serology tests, which have consistently indicated that the disease is far more widespread and consequently less deadly than it initially seemed, scientists have lately been revising their fatality rate assumptions down significantly.

The Centers for Disease Control and Prevention this week continued that trend, releasing a list of what it called “COVID-19 Pandemic Planning Scenarios.” That document laid out five different scenarios for public health experts and government officials to consider, one of which the agency called its “current best estimate” of the parameters of the viral pandemic.

That scenario states that the overall fatality rate of infections that show symptoms is around 0.4%.

Yet the CDC says it estimates that around 35% of all infectious are asymptomatic [which is a huge underestimate], meaning that the total infection fatality rate under the agency’s “best estimate” scenario is around 0.26%, or a little more than twice that of the seasonal flu. 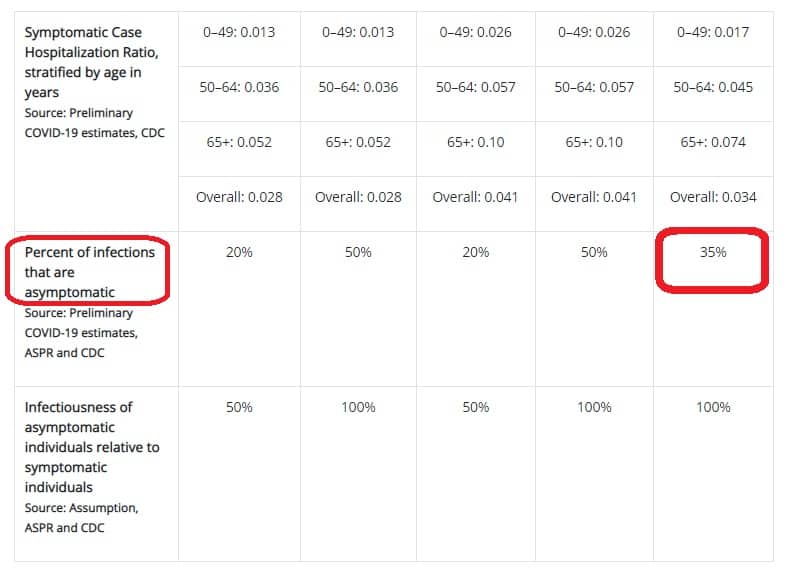 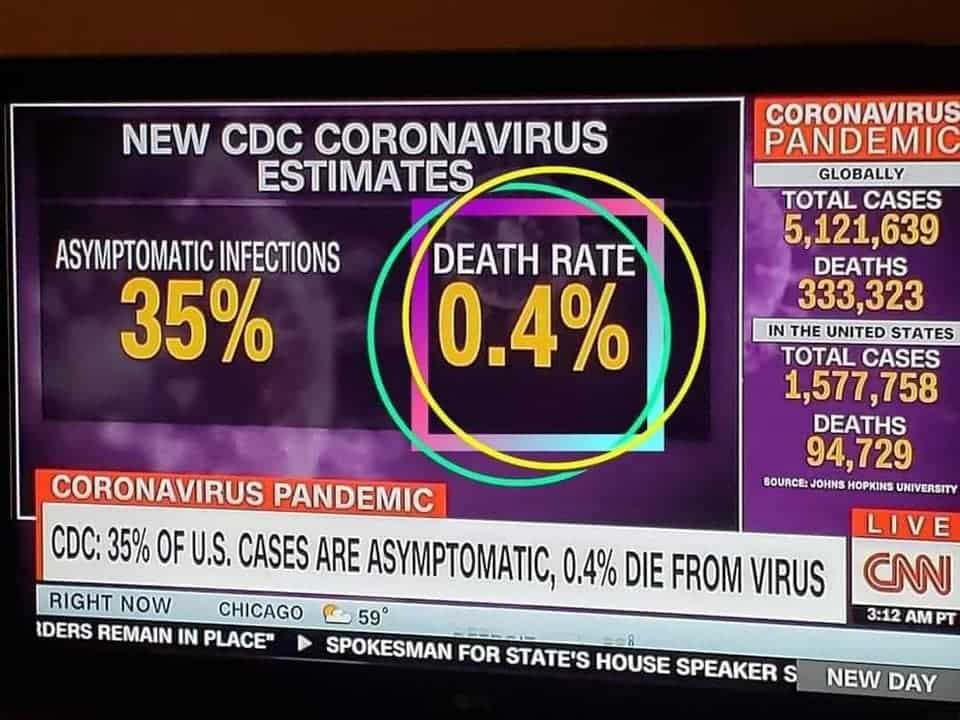