They Need to Lock Down Harder: 36 Test Positive for Coronavirus in Antarctica

Research base described as "hard to reach even by Antarctic terms" 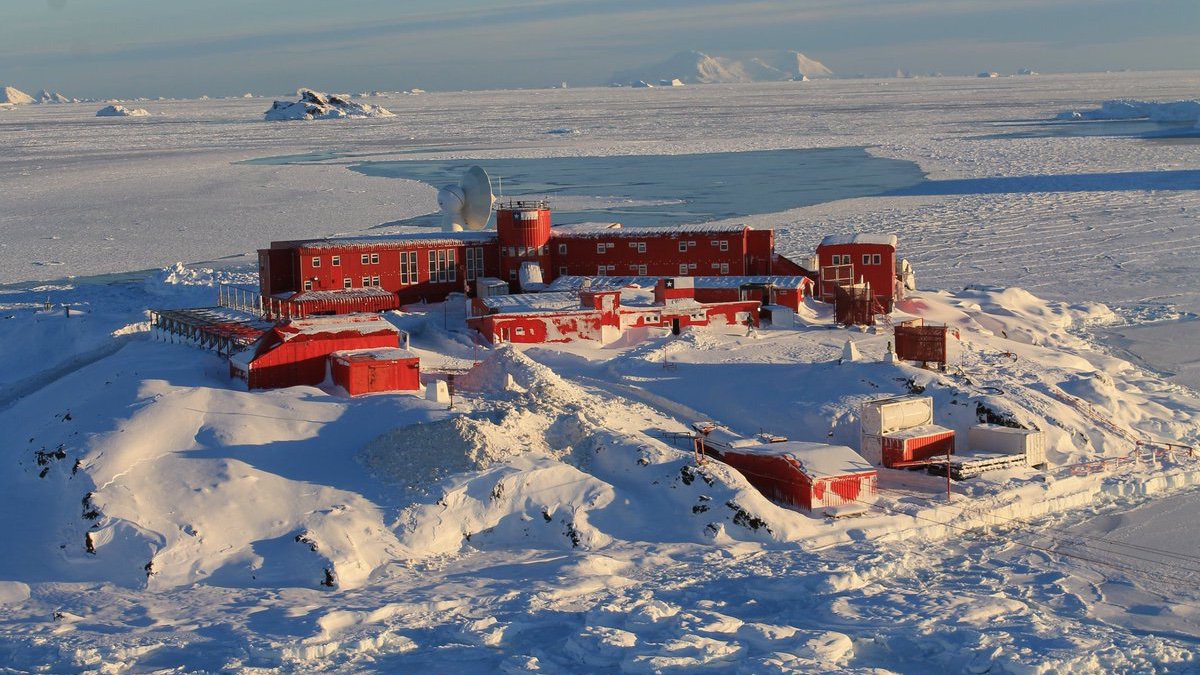 Antarctica can no longer lay claim to being the only continent free of coronavirus after 36 Chileans reportedly tested positive for COVID-19.

Spanish-language media has reported up to 36 people connected with the Chilean Army base General Bernardo O’Higgins Riquelme tested positive for the virus on Monday.

Church of Antarctica is now closed.
The beach is off limits.

All Curling and Ice Luge events are cancelled.

The research station, known colloquially as O’Higgins, is one of 13 active Chilean bases in Antarctica.

It is located close to the northern-most tip of the Antarctic Peninsula in West Antarctica — far from Australia’s bases in East Antarctica — and was described by one travel website as “hard to reach even by Antarctic terms”.

If they just closed all the bars and restaurants there, this would have never happened.

The University of Tasmania’s Hanne Nielsen, part of a project examining the impact of the Antarctic tourism season cancellation, said the presence of the virus on the continent would have many implications.

“The detection of cases of COVID-19 in Antarctica will impact upon a range of areas, from planning and logistics of human activity on the continent through to high-level decision-making back home,” she said.

Damn Penguin resevoir. Isn’t time we euthanize all the penguins?
It’s like they are stuck there on a farm.

“The remote nature of Antarctica heightens any health risks, so access to Antarctica may be constrained for longer periods.

“The presence of COVID-19 in Antarctica also has implications for local wildlife, with the threat of humans transmitting the virus to other species.”

Deakin University strategic studies lecturer Elizabeth Buchanan said she expected policymakers in Chile would be evaluating protocols to find out how transmission occurred, “given the large amount of planning that was involved to test and clear naval and army personnel prior to their early December transit”.

“Of course, the military footprint here has both introduced COVID-19 to Antarctica but also allowed for the rapid evacuation of infected expeditioners,” Dr Buchanan said.

If they would just MASK ffs. pic.twitter.com/nw0vj5KgAb

“[That’s] in contrast to Australia’s limited military footprint during this season, which has meant Canberra is relying on Chinese and US assistance to medivac an Australian at Davis Station [not COVID-19 related].”

She added transmission between stations would be “negligible” given the reduced number of expeditioners and remoteness of O’Higgins.

“That said, the German Antarctic program has an outpost within the grounds of O’Higgins,” she said.

“I would think protocols have been put in place there.”

Australia sent about 250 expeditioners to Davis, Mawson and Casey stations and Macquarie Island this season, about half the usual staff.

According to the Australian Antarctic Division (AAD) website, only staff considered essential to keeping the stations operational and monitoring wildlife and climate travelled south.

Australian expeditioners isolated for two weeks in Hobart and were COVID-tested three times before travelling to Antarctica.

The Scientific Committee on Antarctic Research was already looking at how the COVID-19 pandemic had affected Antarctica.

The ABC has contacted the AAD, the Council of Managers of National Antarctic Programs, the World Health Organization, the Chilean embassy and Antarctic research body Instituto Antártico Chileno for comment.

Trying to keep the virus at bay in Antarctica has come at a cost. All major research projects in the Antarctic have been halted. As a result, research by scientists around the world has been interrupted.