This week, the government promised a total of £1 billion in financial support to local authorities under the new three-tier lockdown system. Areas subjected to Tier 2 lockdowns will be granted £1 per head of the population, and £2 per head for Tier 3. Meanwhile, £30million has been earmarked for local authorities to pay for Covid marshals and other ‘compliance and enforcement’ activities.

When I wrote about the crushing impact of the new self-isolation fines on spiked, I warned they had the potential to become an earner for local authorities. Now the government has pledged more money to support local authorities with the new three-tier lockdowns. Of course, councils need financial support during these very difficult times. But this type of reactive funding, linked almost entirely to Covid measures, could come with unintended consequences.

Presumably, no local authority, city, council member or mayor relishes the thought of a stricter lockdown – it will cause terrible destruction and heartbreak. Liverpool mayors Steve Rotheram and Joe Anderson said that they did not agree with some aspects of the Tier 3 lockdown, but were aware that government would bring in rules ‘with or without them’. And so rather than argue forcefully against lockdown, they negotiated to secure the best financial package possible.

The new funding package for councils is designed to alleviate the pain of lockdown, to sugar the pill. But the structure of the funding might end up providing local authorities with the ingredients to make lockdown cake indefinitely. It is specifically intended to support more testing, including door-to-door testing, sometimes with help from the military. But more testing leads to more cases. More cases lead to more lockdowns.

As mentioned above, the funding is also going towards enforcement of lockdown regulations and self-isolation, which there are fines for breaching. That, in turn, raises more funds – the revenue from fixed-penalty notices, whether they are issued by local police, environmental-health officers or new Covid marshals, goes into local-authority coffers. In theory, the lockdown fixed-penalty fines should be going straight back into public health (as littering fines would go towards the environment). But, in reality, revenue from fines is not always that well ring-fenced in local authorities.

Back in April, Liverpool council warned it was facing bankruptcy. It’s easy to appreciate that local leaders are anxious to secure funds to deal with the ongoing lockdown crisis. I am not suggesting that councils and local politicians would make calculated decisions to push areas into lockdown. But the road to hell is paved with good intentions. This financial model has the potential to become a vicious circle. Seasoned disaster-planner Lucy Easthope tells me: ‘There is a tendency in reactive disaster funding to create dependency and to actively avoid thinking through the long-term harms and over-reliance [on emergency funds].’

Councils absolutely need support. But it’s important to be aware that this type of financial support has the potential to be self-perpetuating. And, as with the first lockdown, no exit strategy from the new tier system and funding has been laid out. Just yesterday, Essex County Council asked the government to put them into Tier 2 – will the additional funding provoke more requests around the country?

Perhaps Liverpool didn’t resist Tier 3 because Anderson himself claims that Liverpool’s Covid infections are ‘in danger of spinning out of control’. Cases have been climbing fast. But while politicians and journalists often uncritically refer to ‘infection hotspots’ and ‘tidal waves’ of cases, it’s important to consider this alongside other relevant metrics, particularly deaths, hospitalisation and use of critical-care beds.

Liverpool’s NHS triage data shows that while 111 calls peaked at over 400 per day in mid-September, the trend is declining and under 200 a day now. Meanwhile, 59 per cent of Liverpool’s recent cases were in under 40-year-olds. Liverpool council didn’t respond to my request for more details, but it is likely that, in line with the rest of the nation, positive tests have been driven upwards largely by 17- to 24-year-olds and the return to university. Elsewhere in the north, Manchester’s cases have been falling since 4 October and Liverpool’s appear to be levelling. The young are less vulnerable to Covid (nationally, the average age of death with or from Covid is 82) and rising positive cases in the young may signal a positive move towards community immunity. So far hospitals are not overwhelmed and deaths are low. Specifically in Tier 3 Liverpool, latest data shows that just 26 people died between 6 and 12 October (just below four per day on average).

What options do local politicians who are concerned about the lockdown have at this stage? Francis Hoar, the barrister working on Simon Dolan’s legal challenge to the government, tells me: ‘Firstly, local authorities are not legally obliged to enforce the regulations. Secondly, they can challenge the regulations. Councils on the brink of bankruptcy could get together jointly and issue proceedings against the secretary of state in a judicial review.’ For instance, Greater Manchester avoided Tier 3 after Sacha Lord, the region’s night-time economy adviser, threatened the government with a judicial review, supported by local hospitality businesses. If local authorities really want to spare themselves the pain, is more legal pushback needed?

As things stand, the hospitals are not overwhelmed. A forensic view of the case numbers goes a long way to dispelling fears. Perhaps we should be cautious about what we are doing to business and society, rather than just the transmission of one virus. As many have said, the cure is now worse than the disease. No amount of financial compensation paid to local authorities now is going to make up for this destruction of livelihoods, society and human relationships.

Nothing to see here… 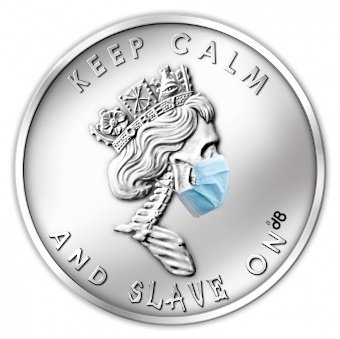 And no doubt the council officials will get their hands on some of the loot.

WHO Endorses Lockdowns Forever
16 May 21 by Ultrafart the Brave
“My worry for the better part of a year is ...
Who or What Is Empire?