Use a slightly larger warhead

Guess what. After years of triumphalism by scribes for the US military industrial complex about how a modern stealth fighter like the F-22 can not be targeted they are begining to change their tune.

The F-22 makes numerous sacrifices in order to appear less visible to modern high-band rand technology. At this the plane (at cost to firepower) is actually rather successful.

However it remains plainly visible to older low-band radar types which had fallen out of use decades ago but that Russia and China are now again begining to produce.

F-22 supporters however, always maintained that while a low-band radar could locate a stealth plane its resolution was not enough to target it, that is to guide a missile to its exact location.

Except it turns out that is not exactly true:

Relatively simple signal processing enhancements, combined with a missile with a large warhead and its own terminal guidance system, could potentially allow low-frequency radars and such weapons systems to target and fire on the latest generation U.S. aircraft.

That is from The National Interest mind you — huge fans of American weapons.

So yeah, an updated low-band radar with modern signal processing can in fact lock onto a stealth. And just in case you can always just fire a larger missile with a greater radious blast:

With a missile warhead large enough, the range resolution does not have to be precise. For example, the now antiquated S-75 Dvina—known in NATO parlance as the SA-2 Guideline—has a 440-pound warhead with a lethal radius of more than 100 feet.

So let us get that straight: US spent tens of billions to develop stealth fighters which may be countered by a few signal processing tweaks and a larger warhead? 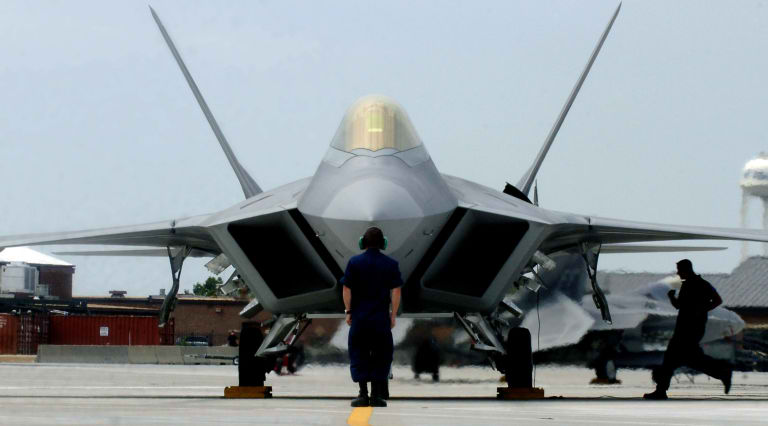