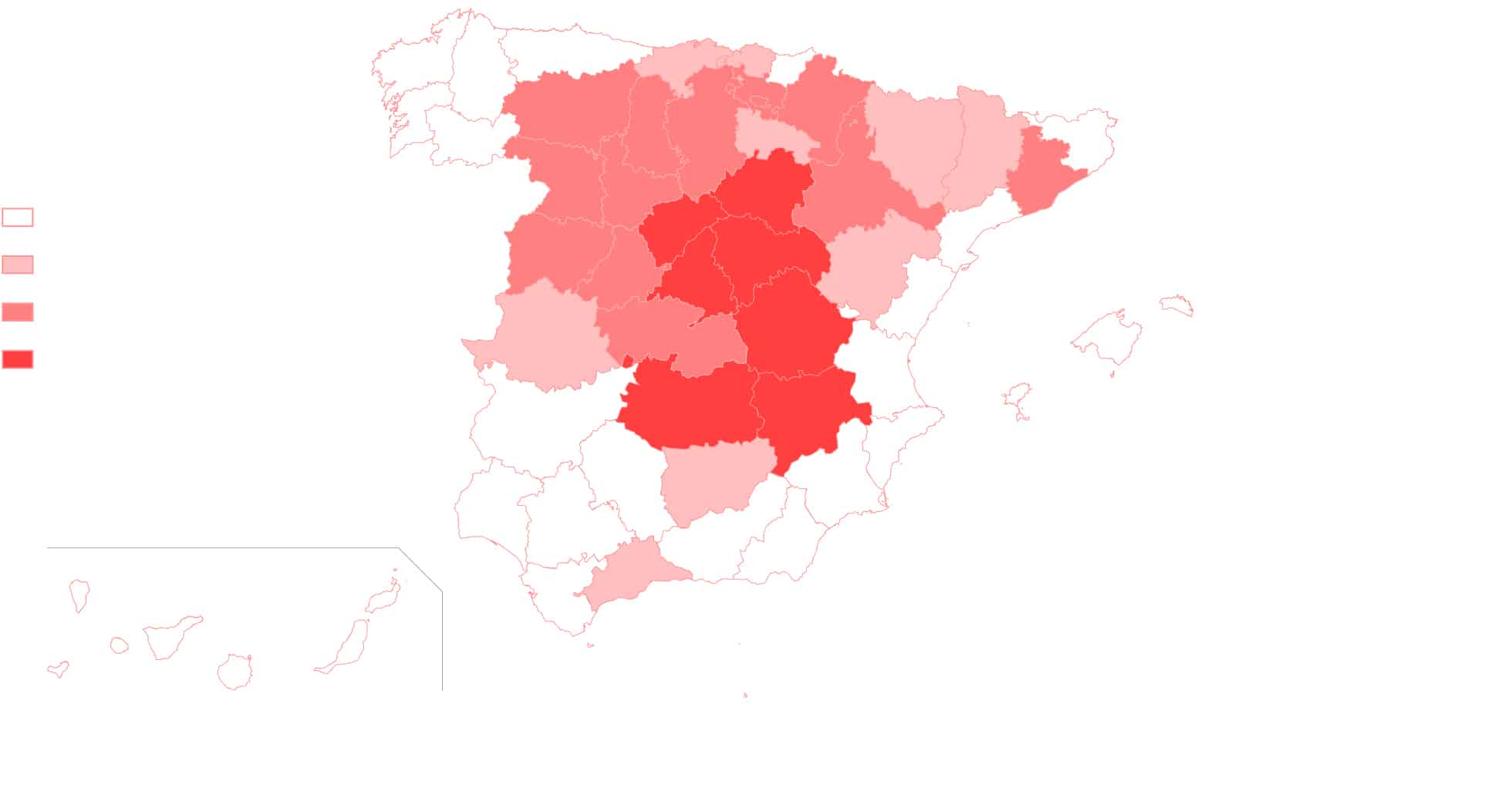 Spain performed a Herculean task in carrying out the biggest COVID antibodies survey by samples taken. From April 27 to May 11 they took 70,000 samples from across the nation and determined that by around April 20th (antibodies take 2 weeks to develop) 5 percent of their population had been infected.

In a country of 47 million people that is 2.35 million. They then divided the COVID-positive deaths (28,000 by now, 24,000 by April 20) by 2.35 million and determined COVID infection resulted in a death in 1.1 percent of instances (To be fair it is not clear to me if this inference was made by the researchers or the journalists at El Pais. UPDATE — It turns out it was made by “experts” El Pais talked to, but who are not the researches involved in the survey.)

That seems straightforward enough but here is one possible problem with that.

On May 6 Spain’s COVID-positive death toll stood at 25,857 of which 17,585 had been care home residents. In fact Spain does not know precisely how many were care home residents but it estimated 17,585 based on its social services centers.

Spain also does not know how many care home residents it has but it has counted a 373,000 care home beds capacity.

This means that 0.8 percent of the population contributed 68% of the deaths.

A person in the community had a 1 in 5800 chance of dying with COVID, while a person in care homes had a 1 in 21 chance.

Why is this important?

Well, if the infection rate was the exact same 5% in the community as well as in care homes then it is of no importance.

However, if the infection rate in care homes, where the most vulnerable segment of the population is housed was different, then that is a very important piece of the puzzle given they account for 68% of the deaths.

And indeed it seems all but certain that infection rate in Spanish care homes was much higher than the 5% in the community:

But the numbers still reflect the magnitude of a pandemic that has been especially deadly in care homes. Over 72,000 people at Spain’s social services centers have been infected or had symptoms suggesting Covid-19. Of these, 39,000 cases have been confirmed by a test.

Infection rate confirmed by a test was in fact around 10%.

Had they been given separately, then the implied IFR for the community at large would have been 0.35%.

If the infection rate was 19% implied by tests and symptoms then the IFR for care homes was 24%.

If the infection rate was even higher, for example because thousands more were asymptomatic, then the IFR for care homes was correspondingly lower still, say 15-20%.

However if one assumes the same 5% infection rate for care homes as for the community at large then the IFR for care homes is almost 100% (17,500 deaths out of 18,700 infected). Obviously this is the least likely to be the truth, as well something that is disproven by the 39,000 positive tests. Nonetheless, that is what those who claim a uniform 1.1% implied infection fatality rate (and therefore a uniform 5% infection rate) must defend if they are to be right.

For the future I would caution against drawing conclusions on infection fatality rates from antibodies studies in the general community if many of the deaths occurred among care home residents and if the possible higher infection rates in care homes were not taken into account and properly adjusted for.

Conversely, where care homes were not breached but experienced lower infection rates than the community the true virus IFR potential could be artificially deflated.