The Welcome Humiliation of John Bolton

NYT: 'Discredited warmonger is the latest to lose his dignity to Donald Trump'

Editor’s note: I find the piece to be a little too optimistic. I don’t quite detect the humiliation the author sees. To the contrary, I think Bolton has been quite effective in moving US policy somewhat closer to his ideal, albeit of course being such an extremist he’ll never get everything, or even the majority of what he wants, the same way he didn’t get it under Bush. But it is an interesting piece nonetheless if only as insight into the depths of contempt the NYT establishment crowd holds for Trump, Bolton and Tucker Carlson alike, and the fun places that hatred takes them.

Say this for Donald Trump. He may be transforming American politics into a kleptocratic fascist reality show and turning our once-great country into a global laughingstock, but at least he’s humiliating John Bolton in the process.

Many people who get involved with this president end up diminished, embarrassed or, in quite a few cases, indicted. Rex Tillerson, once known as a corporate titan, will now be remembered for his brief, ineffectual record as secretary of state. Michael Cohen, Trump’s former attorney, and Paul Manafort, his former campaign manager, are in prison.

Bolton’s comeuppance is of a different kind. By taking to Fox News to kiss up to Trump, he became national security adviser, a job that no other president would have ever given to a discredited warmonger.

His reward is that, after devoting his life to the expansion of American power globally, he’s a hapless party to its contraction. For a person to sell out his putative ideals for such a hollow victory would be like a Greek drama, if the Greeks had written dramas about such small men.

Bolton is sometimes described as a neoconservative, but that’s not really right. Neoconservatives purported to champion the expansion of American values, while Bolton just wants to impose American might. On the surface, he seems an excellent fit with Trump, who is also uninterested in human rights and contemptuous of multilateral institutions. Both are bellicose nationalists, dismissive of climate change, eager to empower the Israeli right, hostile to Islam but solicitous of Saudi Arabia.

But the uber-hawk Bolton, who still refuses to admit that the Iraq war was a mistake [Bolton holds that it was correct to crush Hussein in 2003 but didn’t want to stay afterwards. That’s his recipe for everything — whenever someone dares defy the US, come in, stomp them, and leave.], has long believed that America’s most implacable enemies include North Korea, Russia and Iran. One multilateral organization he appears to value is NATO, a counterweight to Russia that he once called “the most successful political-military alliance in human history.” Now, at the summit of his career, he’s part of an administration that makes a mockery of his longtime foreign policy philosophy.

When the George W. Bush administration, in which Bolton also served, lifted some sanctions on North Korea in 2008, Bolton seemed almost heartsick. “Nothing can erase the ineffable sadness of an American presidency, like this one, in total intellectual collapse,” he wrote in The Wall Street Journal.

So one can only imagine the ineffable sadness he felt over the weekend, when Trump stepped into North Korea to shake the hand of his friend Kim Jong-un, North Korea’s totalitarian leader. On Sunday, The New York Times reported that the Trump administration was considering putting aside the goal of getting North Korea to surrender the nuclear weapons it already has, instead trying to get the country to stop making new nuclear material.

Given Trump’s limitations as a statesman, that’s probably the best that can be hoped for. But it’s almost certainly not what Bolton, who was calling for pre-emptive strikes on North Korea just before Trump appointed him, thought he was signing up for.

In response to the Times article, Bolton tweeted angrily that he’d heard of no such plan, though he might have simply been out of the loop. After all, while Trump was flattering Kim, Bolton was in Mongolia.

Also on Sunday, Politico reported on a white paper prepared for the Joint Chiefs of Staff about expanding Russian power. “Russia has a growing and demonstrated capacity and willingness to exercise malign influence in Europe and abroad, including in the United States,” the paper said.

Bolton used to decry this influence. Vladimir Putin’s efforts in the 2016 election, wrote Bolton in 2017, was “a casus belli, a true act of war, and one Washington will never tolerate.” When Putin lied [LOL. It’s NYT, what do you expect.] to Trump’s face during their first meeting in Hamburg, Germany, Bolton hoped Trump would take it as a “highly salutary lesson about the character of Russia’s leadership.” Obviously, Trump learned no such lesson. At the G-20 summit in Osaka, Japan, last week, the president joked with Putin about election interference and the murder of journalists, a scene that will now be part of Bolton’s legacy.

There is one major issue left on which Bolton could shape history. On Monday, news broke that Iran had breached a limit on how much nuclear fuel it can possess under the 2015 nuclear deal, which the Trump administration abandoned. That comes after months of escalation on both sides, and the threat remains that Bolton could goad an erratic Trump into war.

Standing between us and that apocalyptic possibility is the Fox News host Tucker Carlson, who has been urging Trump away from a military confrontation with Iran. Last month, Carlson used his opening monologue to eviscerate Bolton, calling him a “bureaucratic tapeworm” for whom war is “always good business.”

In normal administrations, national security advisers have more authority than cable news hosts, but it was Carlson, not Bolton, who was with Trump at the Korean Demilitarized Zone this weekend. (Carlson later called into “Fox & Friends” and rationalized North Korean atrocities, said that leading a country “means killing people.”)

It’s nightmarish to live in a country where our foreign policy has been reduced to an intramural battle between Fox News reactionaries. And there’s still a danger that Bolton could outmaneuver the isolationists. But right now there is a thin, bitter consolation in knowing that he, like so many others who’ve worked for Trump, sacrificed his principles for power and will likely end up with neither.

what would you expect out of a goldberg if nothing other than gold-plated BS.
get this piece of double-talk:
“Discredited warmonger is the latest to lose his dignity to Donald Trump”
a discredited warmonger has no dignity. except, maybe, in your homeland miss (as in “fail to contact”) g.
get a life.

i am amazed she can actually see to walk across the street with her head stuck firmly up her ass.

“””Say this for Donald Trump.
He may be transforming American politics into a kleptocratic fascist
reality show and turning our once-great country into a global
laughingstock, but at least he’s humiliating John Bolton in the process.”””

gee whiz these pathetic journalists are really kind to themselves while presuming the rest of us are to stupid to see the elephant in the room they pretend is not crapping on the floor.

Personal coward who wants to send American children to murder and die for Israhell.

John Bolton, Anti-American, Israhell “citizen”.
(How does one become a “citizen” of the Non Semitic Khazarian Mafia, holed up in occupied Palestine).

For you slow ones, you can not be An Israhell “citizen”, and a Real American.

The big white Cat House, located in sodom and Gomorrah on the Potomac, has a Non Semitic Khazarian in the wood pile.

Well, actually more than one!

Well, the article is interesting for its zippy language, but I agree with the editor’s note and further add that the article glosses over a lot of stuff.

“Now, at the summit of his [Bolton”s] career, he’s part of an administration that makes a mockery of his longtime foreign policy philosophy”

First, it’s an administration that makes a mockery not just of foreign policy, but of literally everything it touches.

Whether it’s his dumb wall and his dumb remarks about migrants or his dumb daughter showing up a high-level meetings and making an impression comparable to that of a pop-music groupie, flipping her hair and twirling her skirt, at an atomic physics symposium,

The man has no judgment. None, not in anything.

But the appointment of Bolton was for one reason only, to try saving his bacon with money and support from the likes of Sheldon Adelson and other Israel-obsessed American Oligarchs.

I really don’t think Trump is in a position to fire Bolton.

Such are the absurdities of America’s national political system built on money.

“The man has no judgement…” Denouncing climate change nonsense might have been an accident in good judgement. I really don’t understand how people who have a lot of common sense in other areas can’t get the ‘climate change’ hoax figured out. CO2 is not a problem. Humans pollute and should clean up after themselves much better than they do, but the Sun is to blame for the weather, not us. I do think Trump is a bull in a china shop; he might make a right move but then he makes 10 bad ones….how can anyone trust he will do the right thing? All you can do is cross your fingers and hope.

Climate change is not a hoax.

Blaming it on human activity may well be an error.

Thinking it can be controlled by our efforts is possibly a big mistake.

Adaptation is what is going to be required, as people have adapted countless times in the last two hundred thousand years.

Climate change IS A HOAX….wake the hell up….NASA and their man made weather machine HAARP are the true cause of Climate Change…. We just got done handing them 38 BILLION DOLLARS for them to cause MORE CHAOS around the world. 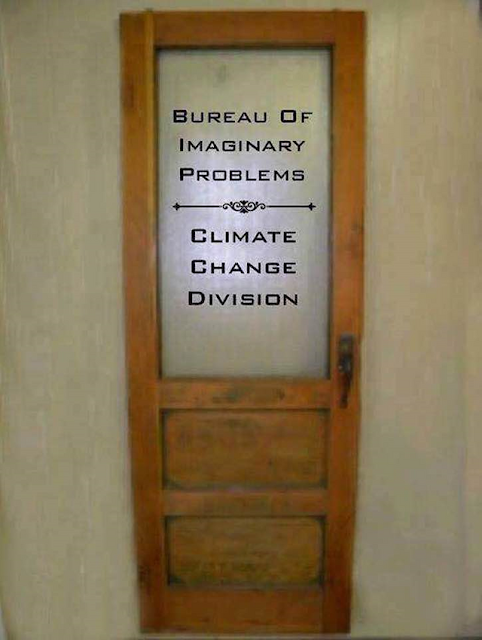 Everyone relax, Sarah Palin has proven there’s no such thing as climate change.