Along with an admired visiting Iranian general Qassem Suleimani, the architect of victory vs ISIS in Syria and Iraq

Editor’s note: I have no words. The level of lawlessness, entitledness, treacherousness, nihilism and plain stupidity required of the Trump gang to do this is something else. To, as a guest of the Iraqi government, start offing officials of said government is unbelievable (or at least would have been for any other nation). This is as if the US allowed Mexico to put up a number of military bases in the US, and Mexico then used the bases to assassinate the US Chief of the National Guard along with a visiting general from Canada.

On the outskirts of the Baghdad International Airport, a US drone attacked a delegation including the top figure at Iraq’s Popular Mobilization Units (PMU), killing him as well as several others, including Iran’s Quds Forces commander, Gen. Qassem Soleimani. The White House confirmed President Trump ordered the attack, and emphasized that they considered Soleimani a “terrorist.”

Details are continuing to emerge on the attack and killings, but indications are that Gen. Soleimani is dead, as is Iraq’s PMU media chief Mohammed Reda al-Jabri, along with his guards. Iraqi state media also reported Abu Mahdi al-Muhandis, the head of the PMU, to have been killed in the attack. [Actually Muhandis was the deputy head.] Five PMU and two “guests” were reported killed. Soleimani is assumed to be a guest, and Lebanese Hezbollah figure Muhammad al-Kawtharani is also reported to have been slain.

The PMU has already issued a statement on social media reporting on the deaths, and blaming them on a “cowardly US attack.” Another PMU spokesman blamed the US and Israel jointly.

This is certainly an act of war not just Iran, but also against Iraq, which is almost certain to be livid over a US attack against its largest civilian airport and assassination of two top figures of its PMU paramilitary force.

The Pentagon has issued a statement confirming the attack, trying to present it as purely defensive in nature, and claiming Soleimani was planning to kill US diplomats. The attack comes just hours after Defense Secretary Mark Esper threatened to attack Iran, and amid repeated warnings for Americans to get out of Iraq, especially the Baghdad area.

https://t.co/SeSYqwrXP8 It was a total of 4 rockets.

12 Iraqi soldiers were also reported injured and one civilian killed in the attack. 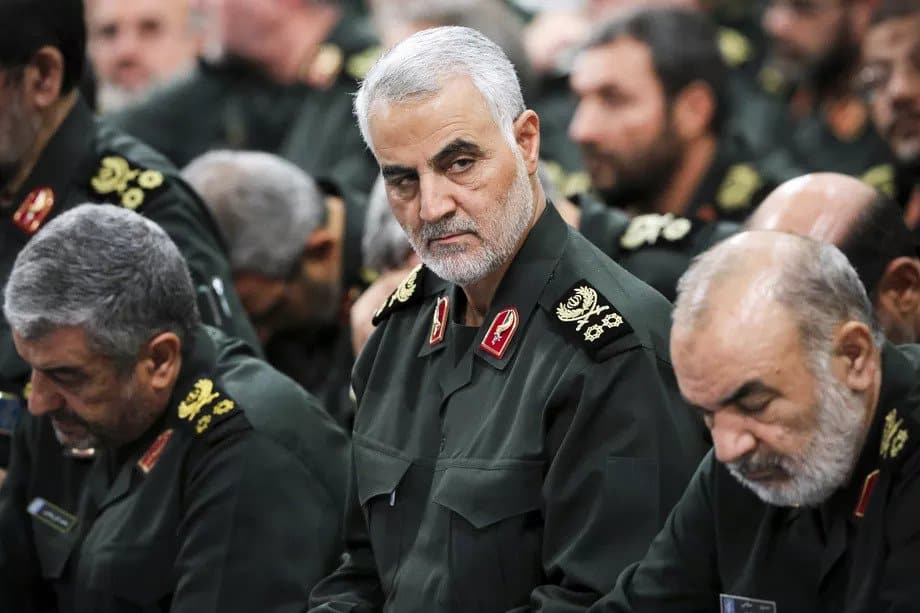