The Strange Myth That Trump Started No New Wars

He started four. In certain contexts he has been a much bigger warmonger than Obama 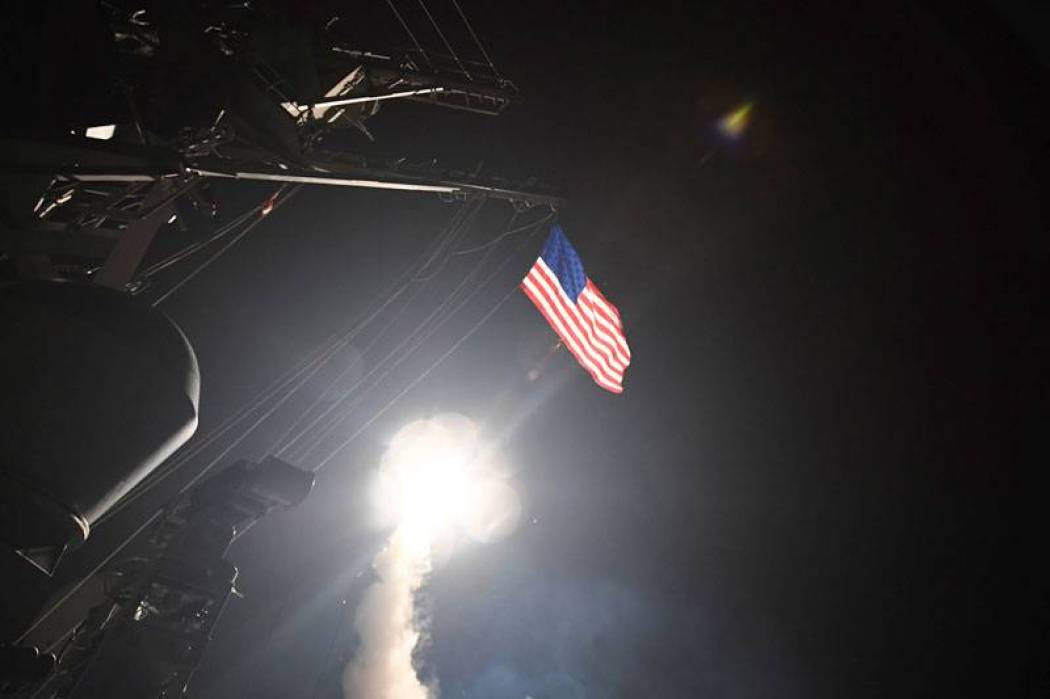 Imagine that one morning Paris woke up to the sound of cruise missiles slamming into its suburbs. Imagine it was discovered the missiles had been launched by Switzerland. And imagine that after this the Swiss president continued to be talked about as someone who did not start any wars.

Sounds absurd, but this is exactly the situation we have with Trump. Somehow a person who launched no fewer than four separate wars is regularly talked about as someone who “at least did not start any new ones” simply because his shooting wars were limited and short; more Reagan-style drive-bys than the great mobilizations of the Bushes.

Let’s recall that Trump sent cruise missiles on Syria in April 2017, and again in April 2018. He even cobbled together an instant mini coalition of the willing with France and the UK for the occasion.

Now, it is true that there already was a war in Syria that Trump did not start, and it is also true Trump did not start the US involvement in that war. But let’s be specific here. When Obama left office he did not leave Trump with the reality of an ongoing shooting war between the US and Syrian governments.

Sometime in 2012, Obama started the indirect regime-change war against Syria by arming, training, and bankrolling the Sunni Islamist opposition and foreign fighters. However, joining this war directly is a bait he never took. Instead in 2014, he started a direct US “clean up” war against ISIS to roll back some of the worst fallout from his own pro-Islamist proxy war.

Later he on a few occasions also sent missiles and bombers against the Al-Qaeda rebels (starting with the 2015 strikes on the made-up “Khorasan group”).

And as part of the anti-ISIS war the US also several times struck Syrian troops (and one jet) who were deemed to have come “too close” to the Americans as they raced to drive away ISIS and occupy eastern Syria before the Americans.

So then there is no shortage of wars that Obama started in Syria. When all was said and done Obama had at one point indirectly fought for and against every single local faction (government, rebels, ISIS, Kurds) in Syria. (Eg in the northwest around Afrin the US supplied the rebels, but not the Kurds and was thus de facto anti-Kurdish.)

However, entering the war directly on the side of the rebels against the government is a step he never took. In 2013 he accused Syria of using chemical weapons but in the end balked at ushering in a direct state-on-state war, even though he had previously said this was his “red line” at which he would bomb Syria.

When Trump launched his first attack on Syria in 2017 he harkened back to Obama’s refusal to do the same four years earlier and explicitly contrasted himself to his predecessor as someone who would go through with strikes where Obama had failed to follow through.

In other words, even Trump himself was bragging he had started a war Obama had been afraid to.

Trump’s other two wars not started by Obama were on Iraq and Iran. On multiple occasions, Trump bombed the Iraqi Popular Mobilization Front which is a branch of the Iraqi state of the state security forces. Iraq is a weak client-state of the US that aside from loudly protesting did not do much in response (just the paramilitaries themselves), but when you bomb another state’s security forces that is called a war.

As part of the war on the Iraqi PMFs Trump killed their commander, general Muhandis, and the Iranian general Soleimani at Baghdad airport. Soleimani had been on an official visit, having been invited by the Iraqi PM, and Muhandis had been sent to welcome him as he landed. Iran then cruise missiled a US military base in Iraq, but gave advanced warning so the strike resulted only in concussions (about 90 of them) to US troops, but no deaths. The two powers then left it there for the time being.

Bombing your own client state is such a lawless and buffoonish move than the relatively more sophisticated Obama never even entertained it, and where Iran is concerned Obama actually finally defused the situation somewhat with a deal to scale back sanctions.

Trump, who loves nothing more than comparing himself to Obama, tore up that deal and, as said, went so far as to enter into shooting war with Iran, killing its military personnel and having its military injure Americans.

The armed, state-on-state hostilities that Trump started also had an end date, and did not go on to develop into endless quagmire wars (primarily because the states targeted had no interest in a war with the US even when they have every justification to declare one), but that is distinct from saying they never happened.

I think it tells a lot about what kind of world we live in when America can bomb other states — not just their territory, but their government security forces — and not even have it be considered a war. And what kind of a power America is when the only military campaign that still counts as having actually “started a war” is that which results in an Afghanistan/Iraq/Somalia type forever war.

PS.: For all his love of asking what Obama did and then doing the opposite, in Afghanistan, Trump acted much the same. He first “surged” and then started talking about a drawdown and eventual withdrawal.

PS2.: On the other hand Trump did also end US aid for the Islamist rebels in Syria almost as soon as he came into office, so that is one war that can be said Trump ended, albeit merely an indirect one. Also in truth, that one was already on the way out anyway — Obama was also slowly turning away from the rebels and had bombed the AQ they were led by heavily with B-52s in the last month he was in office.