A retired physician tears into the COVID doomsday cult 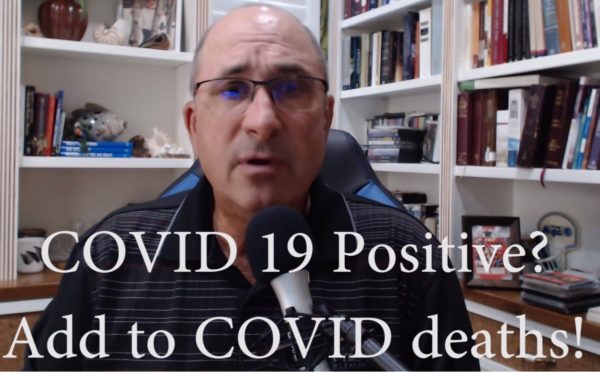 Dr. Ted Noel is a physician who worked for 32 years in clinical medicine. Like so many of his colleagues in the medical field, Noel has taken to YouTube to denounce the truly unprecedented and mindless policies adopted worldwide, allegedly in a bid to “contain” Covid-19. Specifically addressing the situation in the United States, the doctor notes that choosing “stay at home” hashtags over herd immunity will accomplish little aside from making this health crisis worse.

Furthermore, the figures being used to terrify Americans into compliance are complete baloney:

It seems that if you are anywhere near Covid-19 and you die in the hospital, they’re counting your death as a Covid-19 death. When in fact, you may have Covid-19 coincidental to your congestive heart failure, or your chronic lung disease, or your chronic coronary disease, or run the list. There’s a long list of diseases of the elderly that ultimately lead to death. I’m sorry, but the statistics are just plain lies. That’s what they are.