The Russian Government Is Financially Invested in the AstraZeneca Vaccine

Shockingly there may be people in the world who do not read Edward Slavsquat. Can you imagine that??

The Russian pharmaceutical R-Pharm is churning out Sputnik for the domestic “market”, and AZ for export. It enjoys the financial backing of the Kremlin which has invested in it, and has praised Sputnik-AZ links.

On July 17, 2020, Russian pharmaceutical company R-Pharm announced it would produce and supply a COVID vaccine that was under development by AstraZeneca and the University of Oxford.

Hailing the agreement, Alexey Repik, Chairman of the Board of Directors of R-Pharm, said his company would serve as an AstraZeneca “supply hub” for 30-50 countries—including Russia, a “top priority.”

The drug was approved for emergency use in the UK five months later and soon after received the green light from governments around the world.

But R-Pharm’s plan to supply Russia with AstraZeneca doses has yet to materialize: the drug has not been authorized for use by Moscow. Luckily, R-Pharm was smart enough to hedge.

RDIF is the main financer behind Sputnik V and was tasked by the Russian government to “organize the production” of the vaccine and “promote it in foreign markets.”

R-Pharm is included in RDIF’s portfolio. This means the Russian government has a financial stake in Sputnik V’s success—and also AstraZeneca sales. 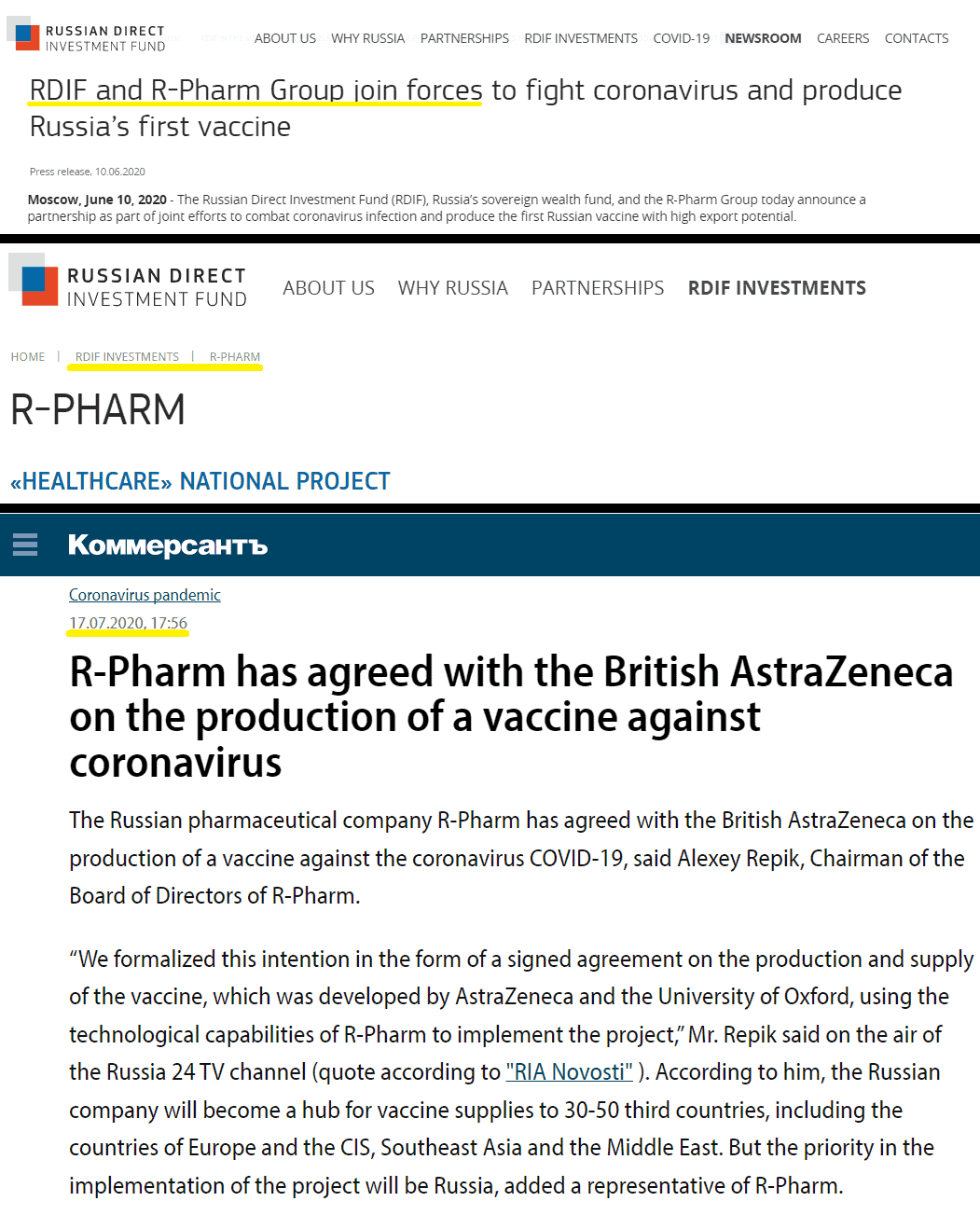 The ties between the Russian government and AstraZeneca aren’t just financial.

In a press release dated December 11, 2020, the British-Swedish pharmaceutical giant revealed it would “soon begin exploring with Gamaleya Research Institute in Russia to understand whether two adenovirus-based vaccines can be successfully combined.”

As part of the “memorandum of cooperation” between RDIF and AstraZeneca, the partners agreed to conduct joint trials using a combination of their two drugs in hopes of developing a COVID vaccine cocktail. The original plan was to register the combo shot in Russia, Gamaleya’s director, Alexander Gintsburg, said at the time. 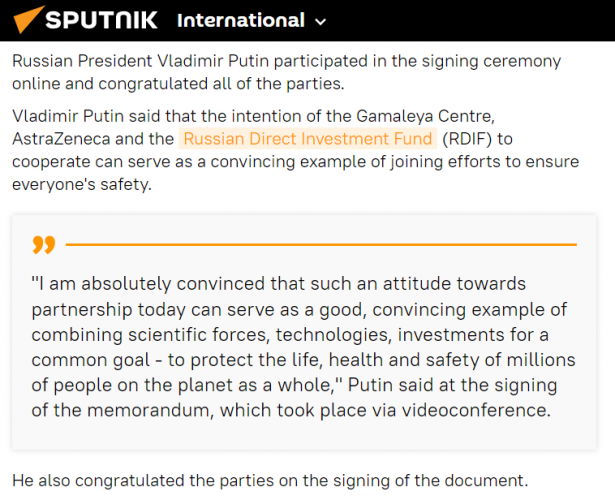 Russian President Vladimir Putin participated in the signing ceremony and praised the Kremlin-Big Pharma alliance as a “good, convincing example of combining scientific forces, technologies, investments for a common goal” that would “protect the life, health and safety of millions of people on the planet as a whole.”

It would be wrong to characterize the Russian government and AstraZeneca as strange bedfellows. Actually, they’re a perfect match.

There are no “significant” differences between Sputnik V and AstraZeneca’s adenovirus-based vaccine, according to Gintsburg. In fact, Gamaleya’s director said in December 2020 that joint tests with the British pharmaceutical company would not take long because “the two technologies that underpin AstraZeneca’s vaccine and Sputnik V are very similar.”

By March 2021, numerous European nations had suspended use of AstraZeneca’s shot amid reports the drug was causing blood clots.

Despite the serious safety concerns, RDIF did not abandon its Big Pharma partner.

In August 2021, Argentina began administering AstraZeneca and Moderna shots to people who had received the first Sputnik V dose. The Argentinian government said it was mixing the drugs due to supply shortages, but RDIF CEO Kirill Dmitriev insisted this had been the plan all along.

“We suggested it, we always wanted to do a combo,” Dmitriev said at the time. “Sputnik is the first combined vaccine, the first mix and match, which consists of two different shots. We have said from the beginning that two different shots work better than two identical ones.”

In October 2021, R-Pharm’s founder revealed in an interview that the firm was manufacturing both Sputnik V and AstraZeneca’s vaccine in Russia, the latter strictly for export:

The most important sales markets are the Middle East and the Gulf countries, North Africa, i.e. countries such as Saudi Arabia, the United Arab Emirates and Morocco. In total in around 40 countries. Countries that also purchase our Sputnik Light. We are also currently researching whether a combination of the Oxford vaccine, i.e. AstraZeneca, and Sputnik Light can be used for booster vaccinations.

Manufacturing both AstraZeneca and Sputnik V is quite an ambitious undertaking—particularly because Russia has struggled with scaling up production of its homegrown shot.

For example, R-Pharm reportedly transformed a “Soviet-era car factory” into a “state-of-the-art facility” as it scrambled to churn out vials of Sputnik.

Thankfully, AstraZeneca offered assistance with production-related questions and issues, Reuters reported in May 2021:

To deal with the problems, Russia has teamed up with AstraZeneca, whose vaccine uses a different adenovirus shot, two sources familiar with vaccine strategy said. Human trials of a mix-and-match vaccine are under way in several countries.

While “independent” analysts accuse Western governments of “Russophobia” for not embracing Sputnik V, the simple truth is that the Kremlin and Big Pharma are already in cahoots. Why there is so little discussion on this matter is a story for another time. 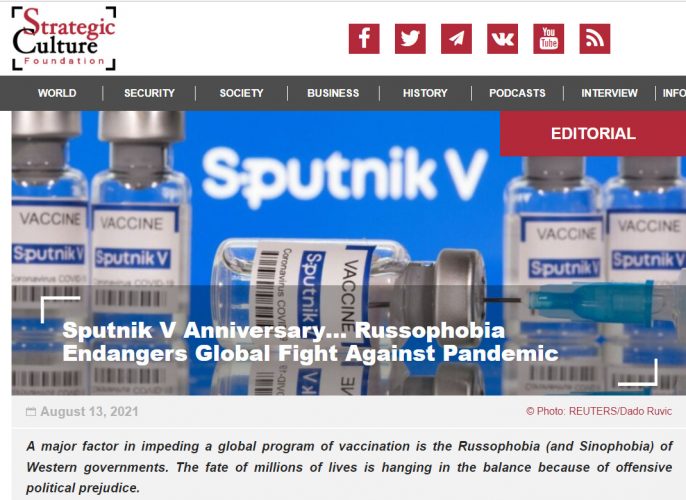 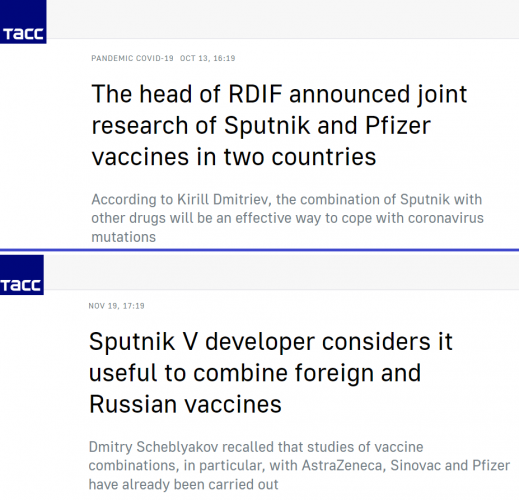