The Olbermann ‘Stain’: Bigotry Against Russians Is Perfectly Fine in ‘Woke’ America 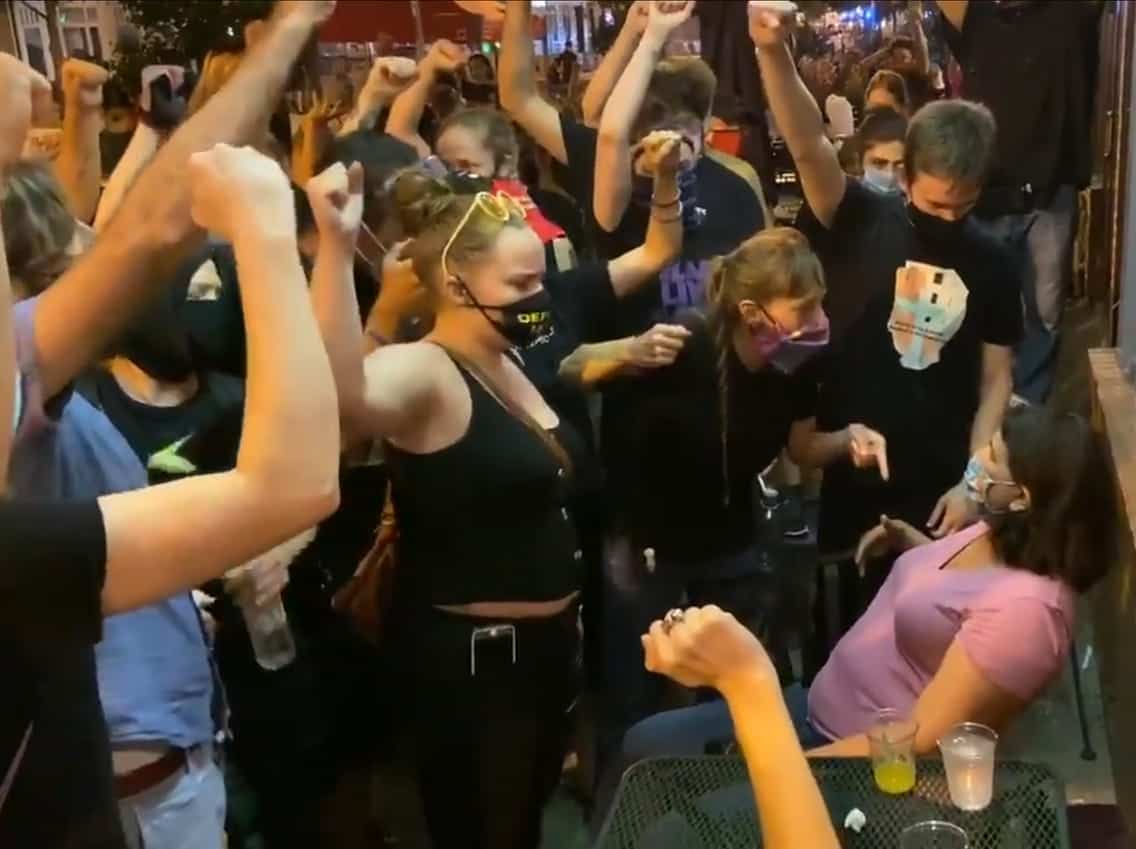 That former TV star Keith Olbermann regularly engages in Russophobic rants isn’t news. That no one from his political camp – ostensibly all about niceness, inclusivity and opposing bigotry – is calling him out on it, is.

The former sportscaster turned MSNBC pundit turned sportscaster turned YouTube “Resistance” activist – that was the name of his online show – has a long history of hyperbole and invective, from calling Republicans Nazis to ranting against “Russian scum” supposedly controlling US President Donald Trump.

On Monday, however, he plumbed new depths of bigotry, denouncing “the stain of Russian heritage in my family.” 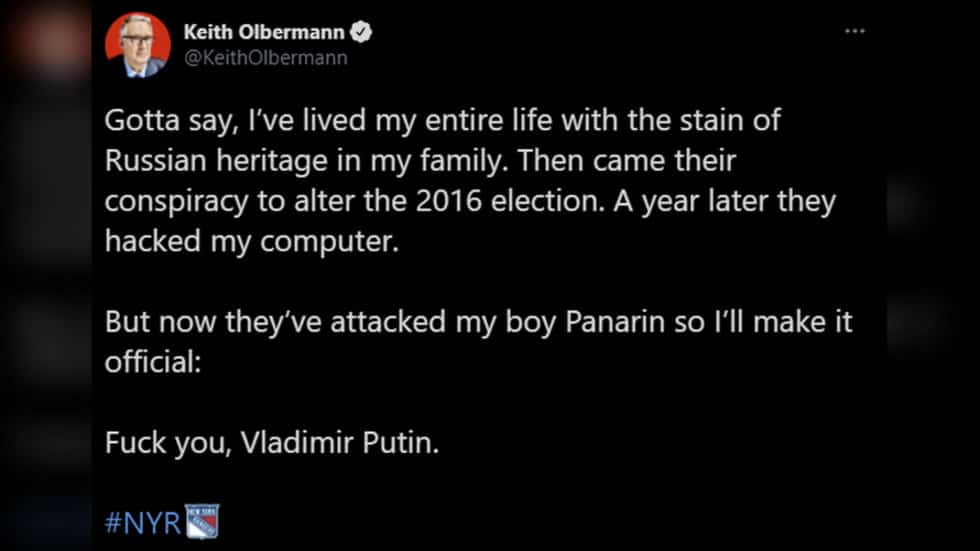 It wasn’t immediately clear what he was referring to, as public information about Olbermann suggests he’s of German ancestry. His tweet quickly got ratioed, with the overwhelmingly negative responses ranging from calling it “vile and bigoted” and “xenophobic trash” to several versions of “Nazi s**t.”

Conspicuously absent, however, was any kind of reaction from the US mainstream media and Democrats – who share Olbermann’s convictions and beliefs, even if they couch them in less incendiary language.

This might seem baffling. It seems that not a day goes by without a “news” story about how someone – an  actress, politician, police officer, professor, reporter, even a 19-year-old girl – gets “canceled” for saying something someone somewhere perceived as possibly racist. Why does bigotry against Russians get a pass?

Things get even more interesting when considering the ostensible motive for Olbermann’s latest rant: his claim that none other than Russian President Vladimir Putin himself is going after “my boy Panarin.” This is a reference to Artemi “Breadman” Panarin, a New York Rangers player who is also on the Russian national squad.

Panarin has recently caught some heat in the Russian press over his cheerleading for the “opposition leader” (i.e. US-backed blogger) Alexey Navalny. His former coach has brought up a 2011 bar fight in Latvia where the player had allegedly hit a woman and bribed police to let it go.

Panarin denied and called it a politically motivated “intimidation tactic,” but announced Monday he would be taking a “personal leave of absence” from the Rangers.

One would think that in the US “cancel culture,” defending someone accused of abusing women would also be frowned upon. Not so. There is obviously an exception for someone on the same side politically. As Glenn Greenwald so memorably put it once, “It’s not #MeToo – it’s #MeBlue.”

Not that there is much to “cancel” when it comes to Olbermann. True, he was once a celebrated “liberal standard bearer” of MSNBC who helped invent “a new mode of liberal cable-news political commentary,” according to a friendly New York Times magazine profile from May 2017. He has since fallen out of corporate media grace, however, and found solace in an online world he built to justify his existence, in which he has a role to play in saving the soul of America.

This is according to that same NYT magazine profile, by the way, in which the sympathetic writer only obliquely criticizes his rhetoric by saying it’s comparable to “unfocused rage and wild speculation” of Republicans towards former President Barack Obama. Perhaps the mainstream saw Olbermann as a “black mirror” reflecting their obsessions a bit too well, and quietly pushed him out to the sidelines.

Unfortunately Keith is not the only media hack who lives with the stain of Russophobia. It’s a widespread #BlueAnon phenomenon. https://t.co/GOCYKNSkht

The difference between Olbermann and the US mainstream, however, is one of degree and not of kind. His rants about “Russian scum” and “stain” of his heritage may be dialed up to 11, but aren’t that far off from Rachel “Russia wants to turn off your electricity” Maddow or anything one might hear on CNN any given night. Or has everyone already forgotten the five years of “Russian collusion” conspiracy programming?

It wasn’t a relative nobody like Olbermann, but former Director of National Intelligence James Clapper, who told NBC during a May 2017 interview that Russians “typically, are almost genetically driven to co-opt, penetrate, gain favor, whatever.” Not only did he face zero pushback or condemnation, he was hired by CNN as a national security analyst three months later!

That may explain why Olbermann is so angry all the time. It also suggests that the “cancel culture” doesn’t actually have principles. It’s not a way to hold people “accountable” for bigotry, racism, xenophobia or offensive language, when it’s perfectly fine for them to use it against the officially sanctioned enemy. In other words, this is not about something you do, but about who you are.

That’s the great irony of modern US society, that it revolves around the “who/whom” theory of politics articulated by none other than the Communist leader V.I. Lenin in the Soviet Union, almost a century ago.