Who and why was in a rush to burn Kolomoisky who until now had been such a useful US asset in Kiev? 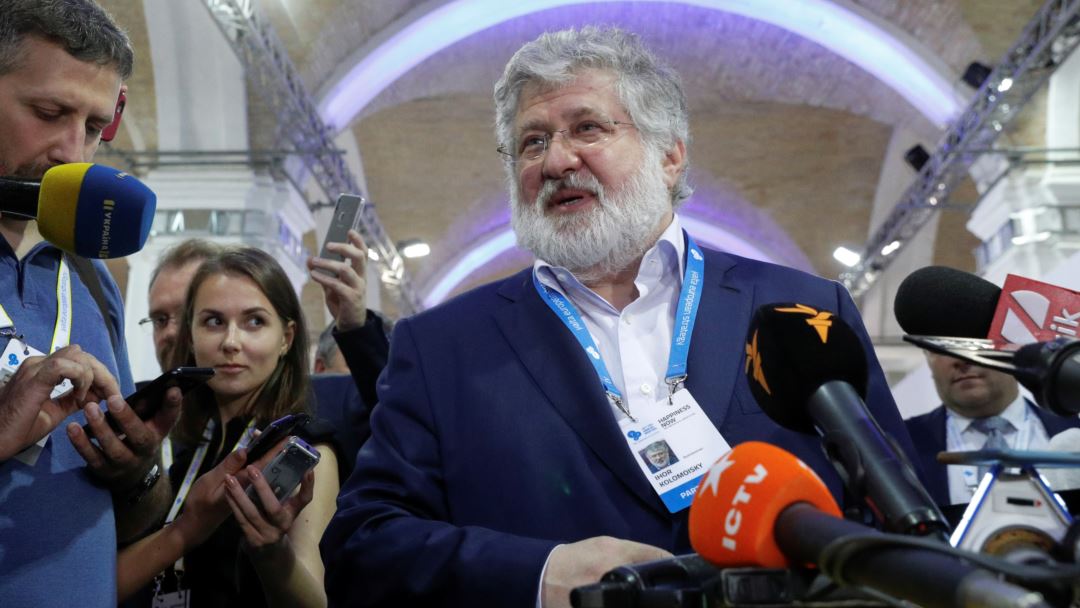 A reporter called Anton Troianovski, who originated in Moscow and who arrived as a child in the US in the Jackson-Vanik emigration of Soviet Jews, conducted the interview in Kiev this week. Kolomoisky, who is Jewish but who didn’t, was persuaded by advisors who are Jewish but not American, to speak. He didn’t say much – 228 words quoted in a report totalling 1,407 words, just 16%. American sources were quoted by Troianovski on Kolomoisky; no Ukrainians or Russians. Americans who know better than to advise Kolomoisky to speak to US newspapers don’t know why Kolomoisky was persuaded.

Troianovski (above) was recruited by the New York outlet a few weeks ago. The newspaper’s editor introduced him as his Soviet grandfather’s progeny. By Soviet standards, the Troianovskis were higher class than the Kolomoiskys; by Kolomoisky’s standard his people were more of a mensch. Troianovski’s origins don’t qualify him to know much about Russian politics now, even less about the Ukraine. He demonstrated this in his dispatch by showing how much he didn’t know about Kolomoisky. That he didn’t bother to research his target shows just how much the US Government prompters of the interview convinced Troianovski that wasn’t fit for purpose.

The November 13 edition, page-13 display of Kolomoisky’s interview, beside a report cut and pasted by the newspaper’s scissors expert, Andrew Kramer, on the meeting between President Putin and President Zelensky which US officials aim to disrupt. Kramer has spent more than a decade in the Moscow bureau without Russian official sources.

Troianovski says his meeting with Kolomoisky took place “in a conference room at his offices in Kiev.”  He doesn’t say how long the interview took, nor in what language. The newspaper has published no photograph of the event. This is the English translation of what Kolomoisky is reported as saying:

Troianovski claims Kolomoisky left the Ukraine for Switzerland in 2017. This  isn’t true;  Troianovski failed to research Kolomoisky’s history of residence in Israel, Crimea, Switzerland, and France.   Troianovski reports on an FBI investigation of Kolomoisky, but provides no substantiation and is ignorant of its origin or substance; here’s where that started four years ago.

He is also unaware of the financing which Kolomoisky’s and Zelensky’s domestic rivals have pumped into Washington lobbying, the Clinton family, and think-tanks like Brookings and the Atlantic Council to promote themselves. Here’s the Yulia Tymoshenko story; the Victor Pinchuk story;  and the Dmitry Firtash story.

Troianovski reports on the International Monetary Fund’s funding terms for Ukraine, regularly endorsed by the US Treasury, but Troianovski has read no document nor asked a source; here’s how and when that story began in June 2014; Troianovski’s named sources on Kolomoisky are the current US Ambassador in Kiev, and ex-US officials Fiona Hill and George Kent testifying in the Congressional proceedings against President Donald Trump; for Hill’s credibility, read this.

Troianovski omitted to ask Kolomoisky what he knows about the Burisma oil and gas company and its place in the influence peddling and favour-trading of the Biden family in the Ukraine.

Kolomoisky’s knowledge of the Clinton family’s financial links to the Ukraine was also not a subject of the New York Times’s curiosity, nor of Troianovski’s when he worked for the Wall Street Journal and the Washington Post.

Troianovski’s black-out and the New York Times’ editorial policy were calculated to ignore what Kolomoisky had explicitly told the Ukrainian media, print and television, last May. “There is so much interesting information that everyone will be interested [to know]”, Kolomoisky had said. “I believe both U.S. and our law enforcers. And they will be very interested.”

The Ukrainskaya Pravda interview was conducted in Russian; source: https://www.pravda.com.ua

Troianovski and his editors couldn’t have missed the invitation for them to follow up. It was published in English last month by their rival, the Washington Post.

Instead, the New York Times started its story with the editorial comment that there is a “de facto war between Ukraine and Russia — a fight, many here say, to shake off the shackles of a colonial master and to move closer to the West. A crucial figure in the effort was a billionaire named Ihor Kolomoisky, who spent millions of dollars to field and equip fighters and helped stop the Russian advance in 2014.”  The story ends with Kolomoisky making threats.

That was the punch-line.

Kolomoisky may be the biggest Ukrainian bank robber the FBI has ever pursued, or he may not be. But until a few weeks ago, when he began to threaten the US Government’s strategy of “war against Russia to the last Ukrainian”, and an alliance between Kiev and Moscow to deploy Russian tanks in shooting range of the Polish cities of Cracow and Warsaw, he was a US asset. Now the newspaper in New York has arranged for Kolomoisky to place himself in the bull’s-eye as America’s Public Enemy Number One.