The Not-So-Novel Coronavirus: Half the Uninfected Population Is Possibly Already Partly Immune

Could nearly half the population not already infected with SARS-CoV-2 be immune to it from having already contracted other forms of coronavirus in recent years?

That is one implication of a major study conducted by over a dozen researchers from several microbiology and immunology institutions in the U.S.

The purveyors of panic are warning of a second wave of the virus and that even if we are correct in asserting that the general fatality rate is extremely low for most people, it will still result in millions of deaths worldwide if we need 70 percent of the population to get the virus in order to achieve herd immunity. Putting aside the fact that their strategy of lockdown doesn’t provide a solution to this hypothetical problem either, even as it kills more people from the collateral damage, there is now promising evidence that more people might already be immune to the virus.

The study is built upon the principle that T cells play a central role in destroying viruses and providing immunity. Not only were these cells discovered in all the blood samples of confirmed recovered COVID-19 patients, but they were also found in 6 of the 11 blood samples from 2015-2018, before those individual donors could possibly have contracted the virus.

Until now, the assumption was that only those with IgG or IgM antibodies can be immune because they are the ones who have already contracted the disease. However, this study examined the cellular defenses that are created in the body and have been proven to serve as a defense against SARS-CoV-2, then discovered them among 40%-60% of their samples not infected with SARS-CoV-2.

In order to prove the efficacy of these T cells developed in the recovered population, the researchers exposed immune cells from 10 recovered patients to the virus. They found those cells effectively fight the virus. 100% of the samples of 20 donors contained “helper” T cells, known as CD4+, and 70 percent contained killer T cells, known as CD8+, which directly kill the viral cells. Then they discovered “SARS-CoV-2−reactive CD4+ T cells in ∼40-60% of unexposed individuals, suggesting cross-reactive T cell recognition between circulating ‘common cold’ coronaviruses and SARS-CoV-2.”

The hypothesis is that numerous common colds are forms of coronavirus and that a significant percentage of the population that has already contracted those forms of coronavirus have cross-immunity to COVID-19. It’s unclear to what degree these people are immune, but it might help explain why some people in certain areas react so violently to COVID-19, whereas so many others are asymptomatic. In other words, it’s possible that people with cross-immunity could still catch the virus, but their reaction to it will either never present symptoms or present very mildly due to the pre-existing T cells working for them.

The authors note that more time and cell numbers are needed to study identification of the cross-reactive chains of cells.

The authors of the newer study posit that the concept of “crossreactive memory T cell responses might have been one factor contributing to the lesser severity of the H1N1 flu pandemic.” There is still no way of proving whether those T cells discovered in non-infected individuals are definitively effective in warding off the virus or blunting its symptoms, but the theory might explain some enigmatic behaviors of this virus.

On the one hand, this virus seems to be extremely contagious and transmissible. On the other hand, it appears to have been around for a while, possibly since December, and didn’t kill too many people until super-spreading events in March.

On the one hand, the virus seems to kill a lot of vulnerable people for several weeks. But then it peaks after six weeks or so and nearly disappears a month or so later. We’ve seen the same curve in every country, almost as if it hits a brick wall and then runs out of steam.

But why is that the case? Most antibody tests show no more than 10%-15% of the population contain antibodies in a given area – 25% in the most extreme case of New York City. Why would the virus not continue cutting through the population like butter, as it did the first number of people who contracted the virus? The theory of a more ubiquitous cross-immunity from other coronaviruses would answer those questions and explain that invisible brick wall.

A theory of partial immunity, at least from helper T cells (if not killer T cells) could also explain why, on the one hand, once the virus gets into prisons, most test positive for it, but on the other hand, nearly all of them seem asymptomatic. The outcome of prisons as a fully confined and defined population could be a harbinger of what would theoretically happen if the entire world were exposed to the virus after it had already targeted the most vulnerable population. It’s possible that upwards of 95% would be asymptomatic, just like we are seeing in prisons.

Perhaps, it could also explain why there appears to be a massive gap in severity of the virus in Asia vs. Western countries. Asian countries are regularly exposed to coronaviruses.

Professor Karol Sikora, founder of University of Buckingham Medical Schools, has a short video explaining in layman’s terms the significance of this T cell study and cross-immunity.

The virus is being tamed more successfully than many thought possible. How?

We have more cellular immunity (T cells) than estimated.

Lots of recovered people simply don’t have antibodies, but also many have residual immunity from old viruses (colds etc).

Sunetra Gupta, professor of theoretical epidemiology at the University of Oxford, is also a strong believer in the likelihood of cross-immunity. “We may also be able to fend off the virus with pre-existing responses against other coronaviruses, which I think is very likely to play a role in protection, specifically against severity of the disease,” said Professor Gupta in a recent interview with a British media outlet.

“In almost every context we’ve seen the epidemic grow, turn around and die away — almost like clockwork. Different countries have had different lockdown policies, and yet what we’ve observed is almost a uniform pattern of behavior which is highly consistent with the SIR model. To me that suggests that much of the driving force here was due to the build-up of immunity.”

Stanford professor of epidemiology John P.A. Ioannidis has also posited the existence of cross-immunity and the idea that many people’s bodies are using innate cellular immunity to ward off the virus.

This theory might also explain why Sweden believes it reached herd immunity with just 20 percent infected and why some studies suggest a similar ratio could be achieved elsewhere.

To be clear, these are all unproven theories at this point. But if our government and media were willing to run with unproven theories of doom and gloom even as the facts on the ground refuted them, shouldn’t they at least examine some good news when the fact pattern of the virus itself seems to harmonize with the theory?

Why are American politicians immune to good news as if it were the plague?

So exposure to covid19 results in immunity? Is it life long?

“Why are American politicians immune to good news as if it were the plague?”

Well… I must REPEAT myself once again. 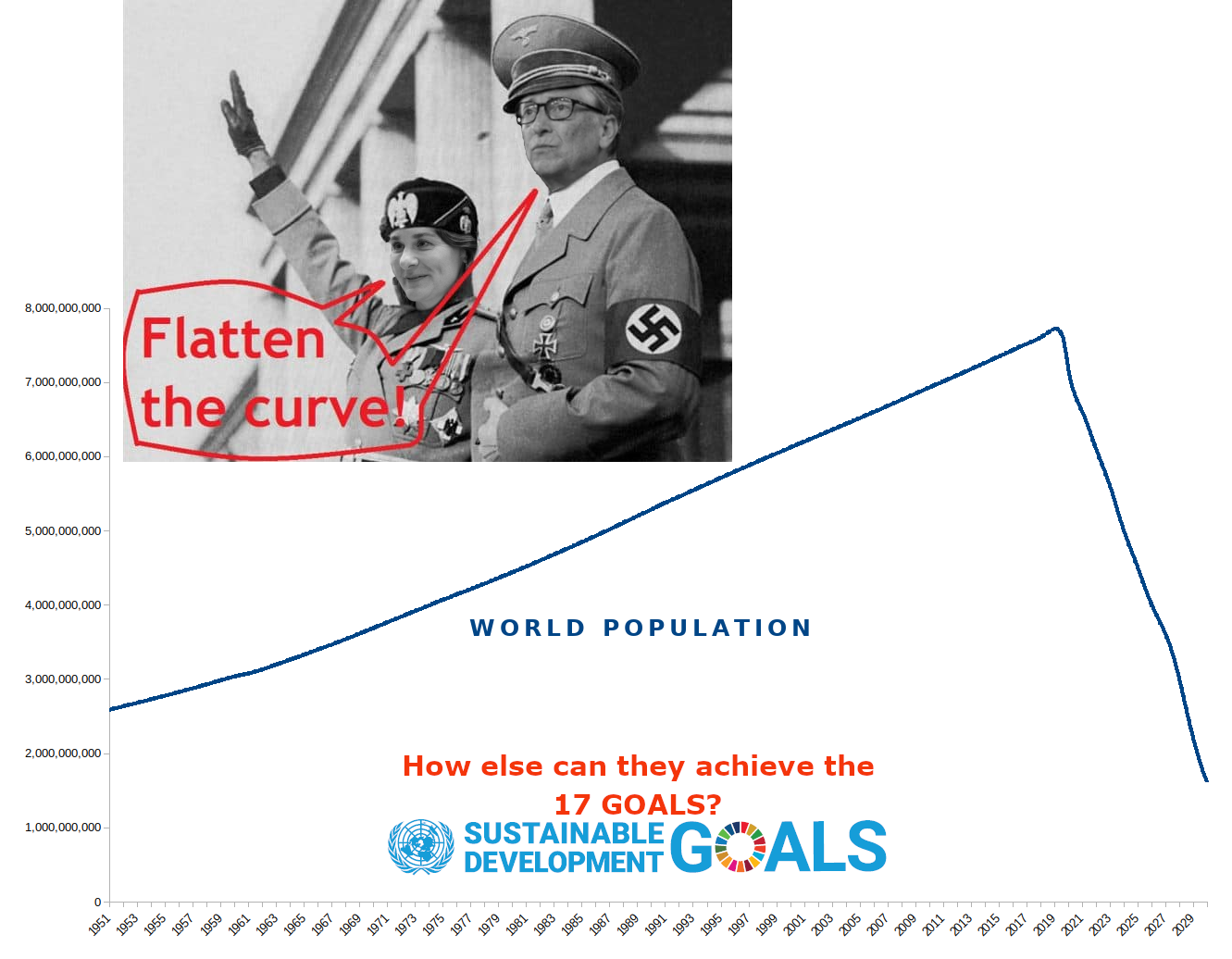 It’s not about the virus which probably doesn’t exist. It’s about fear and control. I could write a 5000 word comment but it wouldn’t matter. Just as the Jews are said to have boarded the trains voluntarily, people of this time are doing the same. Apparently there actually is a difference in IQ between the ‘elite’ and common folks walking around in masks and social distancing which means to not socialize. No matter how much proof,,, for example,,, the virus does not now cling to hard surfaces, (from the CDC) people are still walking around with spray antiseptic bottles. Note they didn’t mention paper as eliminating paper money is part of the program. Of course credit card machines are okay.

Yep, it’s obvious what they’re doing, (at least to those that put on the sunglasses) and just like those Jews who knew they were going to their death, today’s people simply ignore the obvious intent of their Masters and are literally volunteering their lives. Good luck!

jews , and others who were rounded up didn’t know they were going to their death.

Anyone who compares the Covid19 pandemic with the Holocaust needs mental health services immediately.

They said before that PLASTIC was the material where alleged new weak RNA “SARS-CoV-2” lasted most!

“SARS-CoV-2 Can Live on Plastic and Steel for 2–3 Days” and yet plastic credit cards and steel machines are good to keep using, because they are cleaning them! It’s so moronic that we can only LOL!

they do wipe the machines obsessively here.

That won’t last long… Too expensive!

It doesn’t matter the product! In no time they will stop doing that because it will start to eat PROFIT!