Or even about Donbass. The next one will be for Russia's own security from NATO 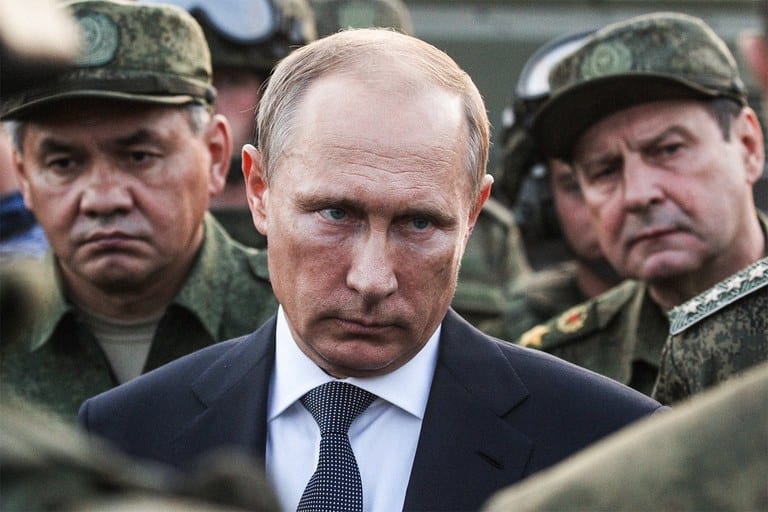 Russia intervened in Donbass in 2014 (primarily with cross-border artillery and material aid, and possibly spotters and liaisons) to defend Donbass from Kiev.

The Russian military takeover of Crimea which allowed a Crimean independence referendum galvanized a previously glum and resigned Donbass into rising up with the aim of securing the same outcome of breaking off from Kiev and joining Russia for themselves.

This was a development that caught Kremlin completely by surprise. Rather than order the Russian military to take control of Donbass as it had done in Crimea, Moscow quashed their hopes and came up with the formulation of “Crimea is Russia, Donbass is Ukraine” that was put on an endless loop.

Nonetheless, Moscow expected Donbass would be allowed a measure of autonomy and would be reincorporated under Kiev behind a green table. When post-coup Kiev moved to subdue Donbass by force instead, Russia eventually struck against the coup-government forces — but only just enough to prevent their victory and to force them to abandon their offensive and the hope of a military resolution.

So to repeat, from Russia’s position the 2014 war was a very minor one and with very limited goals — to prevent the Kiev putschists from rolling over a region which had rejected them.

There is now currently great anxiety and unease in Washington as they’ve come to realize that should another war break out in the area Russia’s war goals won’t be nearly so limited:

The agency also worried that the potential conflict zone didn’t appear to be just the eastern sliver of Ukraine occupied by Russian-backed separatists, which Russian troops had approached the previous April, but a much broader swath of the country. Alarm bells rang at the agency, and then across the U.S. government.

NATO’s slow but unrelenting tip-toeing ever deeper into Ukraine means the strategic conundrum for Moscow is no longer protecting Donbass from Kiev, but securing Russia itself against NATO. Should the next war come Moscow’s war goal will not be to rebuff the advance of Ukrainians but to freeze the advance of NATO.

I don’t think the Russian government wants war. In fact, a war would all but guarantee that NATO would move into whatever remained of Ukraine after it even faster.

An agreement would be much preferable. However, the continuation of NATO’s Drang Nach Osten that will eventually see them setting up Canadian training facilities in a city as Russian as Kharkov isn’t tolerable:

President Vladimir Putin said on Tuesday that Russia would be forced to act if its “red lines” on Ukraine were crossed by NATO, saying Moscow would view the deployment of certain offensive missile capabilities on Ukrainian soil as a trigger.

Meanwhile, with Belarusian relations with the West lower than even during the days of the “Outpost of Tyranny” Lukashenko is valuing the fact Russia has his back military more than ever.

The fact he now “owes one” to Russia reshuffles the chessboard considerably. This, on the other hand, is what is causing anxiety in Kiev.

There are no Russian ground troops in Belarus that we know of. (Only a handful of jet fighters in the Baranovichi airbase.) But if that were to ever change then any conflict would kick off with the Ukrainians surrounded on three sides. Moreover, Kiev is just 200 kilometers from the Belarusian border.

A number of analysts reached similar conclusions, but its been hard to overcome community skepticism. Some folks genuinely don't appreciate the situation, others hold to the 'Putin risk-averse' mantra as a sort of handwaving. There's a lot of status quo bias. https://t.co/0UHwawy9Tl

🧵Few observations from #Riga after talking with several senior officials from across the Alliance at the #NATO #ForMin meeting:
• the scale of Russian military build up is unprecedented – this is NOT a repeat of the spring built up. The talk of war in Ukraine is in the air. pic.twitter.com/u8RWQaKInQ

• Russia’s ultimate intentions are not clear – but the scale and capabilities that are being prepared would allow it to strike Ukraine from three directions, perhaps including from the north through Belarus.

• The broader strategic community, including think tanks, for the moment deeply underestimates the severity of the situation due to classification of the specific information presented to the Allies.

This is getting quite serious now. Putin made very specific demands this week: No additional eastern expansion of NATO & legal guarantees of same, no foreign long range missiles in Ukraine, no foreign military basing in Ukraine. (/1) https://t.co/zL1sFnOvA9

I don’t recall a time when putin has been so specific about his redlines while also arranging a force posture like this in such a slow methodical way (/3).

I’m no Kremlinologist — I just follow the forces. To me the Russians want to make a deal with Pres Z but also with the US.These diplomatic signals are very loud right now. I interpret these demands as an opening offer in a negotiation. (/3)

He’s speaking about US or other military training facilities as a cover/or way to backdoor basing. He’s also talking about long-standing issues with aegis ashore and repurposing as GLCMs. Both I assume incorrect assessments.. but if viewed as an opening offer to a negotiation….

Russian Deputy Foreign Minister Sergey Ryabkov said preparations for another summit between Biden and Putin is in an advanced stage. Still no indication from the Biden admin that this is the case. 115/https://t.co/SDIKdtVV0A pic.twitter.com/HHuhOksnQ9

19 Comments
Leave A Reply
Cancel Reply
Telegram Group
AE has a supporting readers Telegram group where we hang out and exchange leads and takes. If you have ever donated to AE drop me a line on email and I'll send you the link to join.
Anti-Bellum
Antiwar.com
Brownstone Institute
Edward Slavsquat
Fourth World
Swiss Policy Research
The New Kremlin Stooge
Read the rules before you think about leaving a message
Anti-Empire