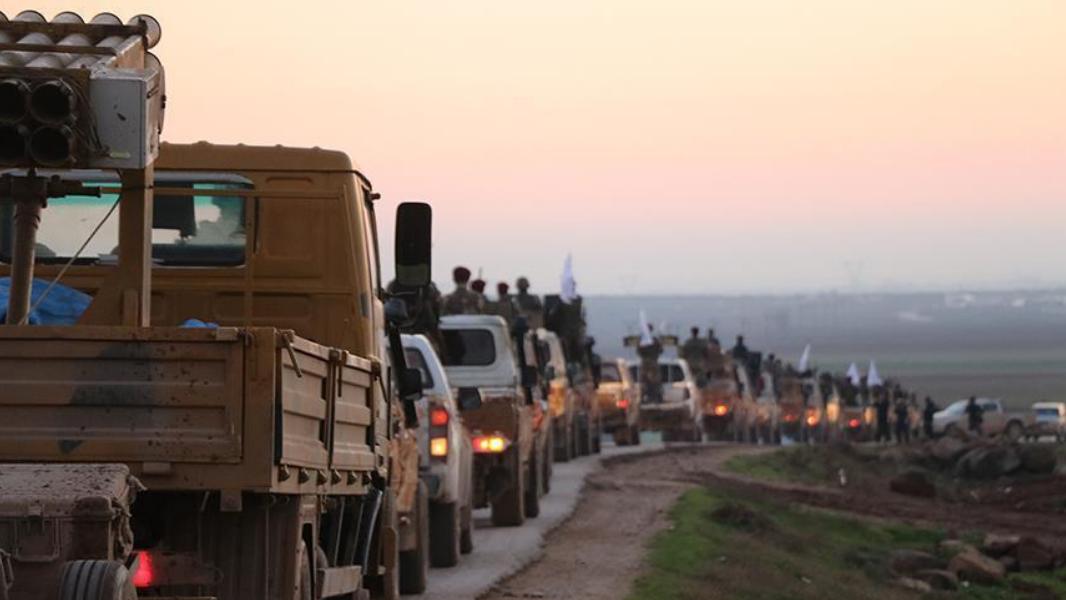 History as faked by the New York Times:

Now, [..] the sense of betrayal among the Kurds [..] is matched only by their outrage at who will move in: Turkish soldiers supported by Syrian fighters the United States had long rejected as extremists, criminals and thugs.
…
The deadly battles [..] have also given new leeway to Syrian fighters once considered too extreme or unruly to receive American military support.
…
Grandly misnamed the Syrian National Army, this coalition of Turkish-backed militias is in fact largely composed of the dregs of the eight-year-old conflict’s failed rebel movement.

Early in the war [..] the military and the C.I.A. sought to train and equip moderate, trustworthy rebels to fight the government and the Islamic State.A few of those now fighting in the northeast took part in those failed programs, but most were rejected as too extreme or too criminal. Some have expressed extremist sensibilities or allied with jihadist groups.

The reality is the opposite of what the NYT claims. The majority of the groups now fighting with the Turkish army had earlier received support from the U.S. Even their nominal leader is the same one who the U.S. earlier paid, armed and promoted.

COMPONENTS OF THE NATIONAL ARMY AND THE IMPLICATIONS OF THE UNIFICATION
Ömer Özkizilcik, SETA, October 2019

On August 31, the Syrian National Coalition came together and elected the president and the cabinet of the Syrian Interim Government in which Abdurrahman Mustafa was elected president and Salim Idriss was elected defense minister. With the new cabinet, the Syrian Interim Government became more active on the ground, started visiting each faction of the National Army, and accelerated the stalled negotiations to unite the National Army and the NLF under one command. 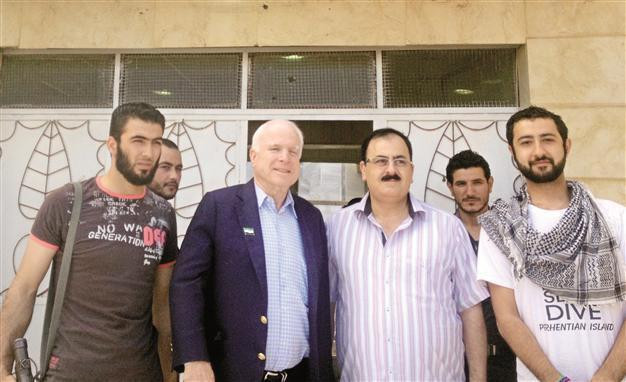 Salim Idriss with Guy Verhofstadt, then leader of the ALDE group in the European Parliament: 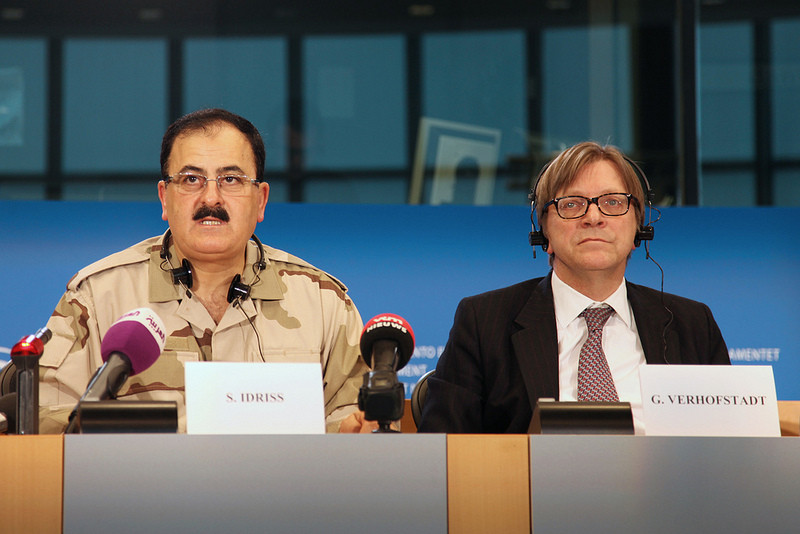 Among the 41 factions that joined the merger, 15 are from the NLF and 26 from the National Army. Thirteen of these factions were formed after the United States cut its support to the armed Syrian opposition. Out of the 28 factions, 21 were previously supported by the United States, three of them via the Pentagon’s program to combat DAESH. Eighteen of these factions were supplied by the CIA via the MOM Operations Room in Turkey, a joint intelligence operation room of the ‘Friends of Syria’ to support the armed opposition. Fourteen factions of the 28 were also recipients of the U.S.-supplied TOW anti-tank guided missiles.

The SETA study provides a detailed list of the groups involved in the current Turkish invasion of Syria. Not only is their commander Salim Idriss a former U.S. stooge but the majority of these groups did receive U.S. support and weapons. 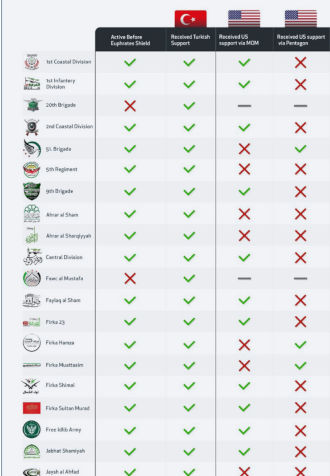 The New York Times claim that only “a few of those” who now fight the YPG Kurds took part in the U.S. programs is a blatant lie.

The NYT piece quotes three ‘experts’ who testify that the ‘rebels’ the U.S. had armed are really, really bad:

“These are the misfits of the conflict, the worst of the worst,” said Hassan Hassan, a Syrian-born scholar tracking the fighting. “They have been notorious for extortion, theft and banditry, more like thugs than rebels — essentially mercenaries.”

It was Hassan Hassan who since the start of the conflict lobbied for arming the rebels from his perch at the UAE’s media flagship The National.

Another ‘expert’ quoted is the Israeli propagandist Elizabeth Tsurkov:

“They are basically gangsters, but they are also racist toward Kurds and other minorities,” said Elizabeth Tsurkov, a fellow at the Foreign Policy Research Institute. “No human should be subjected to their rule.”

Another ‘expert’ quoted by the Times is a co-chair of the ‘congressionally sponsored bipartisan Syrian Study Group’:

“We are turning areas that had been controlled by our allies over to the control of criminals or thugs, or that in some cases groups were associated or fighting alongside Al Qaeda,” said Ms. Stroul, of the Syrian Study Group. “It is a profound and epic strategic blunder.”

The ‘Syrian Study Group’ wants to prolong the war on Syria. Ms. Stroul and her co-chair Michael Singh reside at the Washington Institute which is a part of the Zionist lobby and has long argued for ‘arming the Syrian rebels’.

The Times report does not mention that the ‘experts’ it quotes all once lobbied for arming the very same groups they are now lamenting about. When these groups ran rampant in the areas they took from the Syrian government the Times and its ‘experts’ were lauding them all the way. No effort to support them was big enough. All crimes they committed were covered up or excused.

Now, as the very same rebels attack the Kurds, they are suddenly called out for being what they always have been.