The Most Monstrously Overstimulated Economy & Markets Ever

"No one before has ever seen an artificially pumped up monster like this before. And no one has any historical guidelines on how to deal with it. " 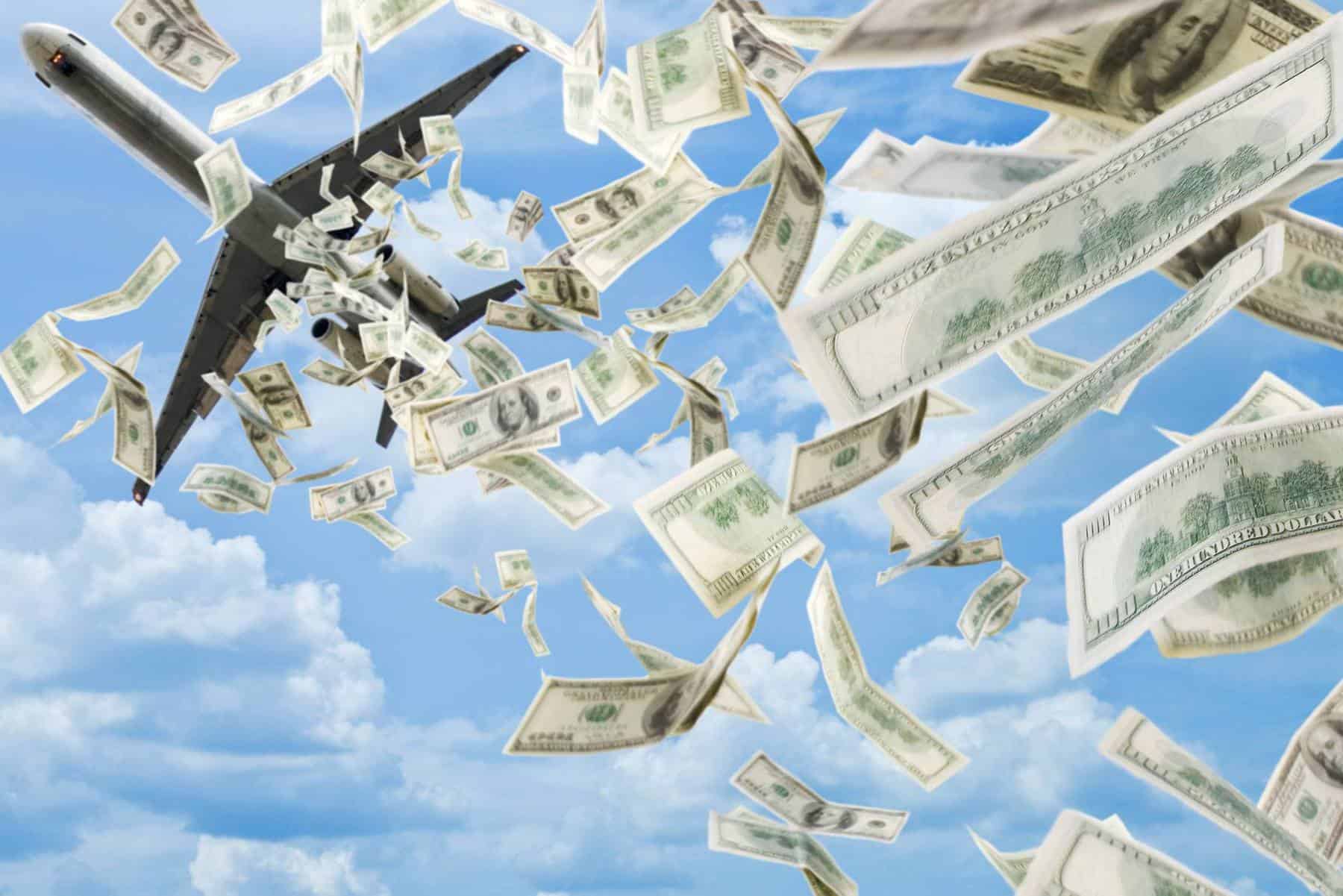 It’s mind-boggling just how many layers of stimulus were thrown out there, one layer on top of the other, $5 trillion by the federal government and $4 trillion by the Federal Reserve, all of it with follow-on effect as the trillions of dollars ricochet through the economy and the financial markets. And some of it hasn’t circulated yet and is just sitting there for now, such as some of the money sent to states and municipalities that are now floating in cash and that have redone their budgets, and they’re going to spend it eventually.

There were the many billions of dollars that big companies received. The airlines alone got around $50 billion, much of it in grants. They were supposed to use this money to keep their employees on the payroll, and they couldn’t do layoffs if they wanted to keep this money. So they offered big buyout packages to their employees, and lots of employees took that money and ran. Those were counted as voluntary departures and not as layoffs, and those folks went out and spent some of this money, and it flooded into the economy, and now the airlines are struggling to hire back employees, and they have lots of open positions.

Some small fintech outfits started specializing in processing PPP loans, and they advertised everywhere, from NPR on down, and even on my humble site WOLFSTREET.com those ads started being served up by the ad exchanges. These fintechs developed an automated process, gave out a huge amount of money, these tiny outfits, and they didn’t really care who they gave this money to.

And some of this money was used to keep employees on the payroll, and it kept some companies alive.

But some brave economists have checked into the matter and found that the PPP loans didn’t in fact save many jobs and that the money was often handed to businesses that would have been OK without them.

In total, about $800 billion dollars in PPP loans were handed out, in three waves. That’s a huge amount of money. And like all these hastily engineered free-money programs, it triggered a tsunami of fraud.

Then there were massive programs for states and municipalities. And some of these programs are now being set up to fund past-due rents for people who haven’t paid rent in a year-and-a-half. The purpose is to make landlords whole.

And there are the huge federal unemployment programs for gig workers and those that don’t qualify under other programs.

These weekly unemployment benefits and top-off benefits from the federal government on top of the state benefits, well, they were explicitly designed to allow people to pay rent and health care.

But then the eviction moratoriums set in, and people didn’t have to pay rent, and they were living essentially free of housing costs and getting the extra unemployment benefits, and suddenly they had a lot more money to spend on cars and consumer electronics and all kinds of other stuff than they had before.

It was, and still is, a huge massive gravy train, and now the back-rents are going to get paid by taxpayers to make landlords whole and to get tenants off the hook, after they’d spent their state unemployment money and the federal top-off benefits on other stuff.

In addition, the unemployment benefits came with tax benefits and in many cases with free health insurance through special programs under Obamacare.

Then there are the forbearance programs. At one point, over 5 million households put their mortgage into a forbearance program where they didn’t have to make payments, and those programs were extended and re-extended, with the support from the government-sponsored enterprises, such as Fannie Mae and Freddie Mac, and government agencies such as Ginnie Mae and the VA and the FHA.

And investors in mortgage-backed securities and mortgage servicers were made whole on these mortgages. And now many of these mortgages are getting modified or refinanced over longer terms and with lower rates, and payments are lower than they were before. And these people too were able to spend the money that they didn’t spend on mortgage payments on other things, even while they were getting the state and federal unemployment benefits that were designed to allow them to make mortgage payments.

And this money not spent on mortgage payments also contributed to the massive spike in retail sales.

Oh, and student loans. They were automatically enrolled in forbearance, and forbearance has been extended and re-extended, and many of these people have been working for years, and have good incomes, and didn’t lose their jobs, and could have easily made their student loan payments. But now the entire idea of ever making payments on any student loans has been written off and pooh-poohed as an absurdity.

This came on top of all the money businesses got, from large corporations to the smallest outfits.

And all this money that wasn’t spent on debt payments and rent payments and the money that people and companies got, these huge piles of money, these trillions of dollars started circulating.

And then there was the Fed with its $4 trillion in asset purchases in 16 months. The Fed was and still is a huge relentless buyer in the markets, with the purpose of driving up housing prices and housing costs, and the prices of stocks and bonds and other kinds of speculative instruments. The purpose was to make the asset holders – meaning the people who are already wealthy – a lot wealthier.

And the asset holders booked huge gains on their bets and they too started spending some of this money, well, maybe not actually spending their gains by selling the assets, but borrowing money against their inflated assets, and then spending those borrowed funds. And they bought all kinds of stuff, from fancy houses to high-end trucks, and there was a huge boom in prices of fancy houses and high-end trucks and other stuff. And since these folks didn’t really care how much they paid, because if was just easy-come money, they sent prices rocking and rolling.

The Fed thereby, very purposefully and with utmost precision, created the biggest wealth inequality ever.

It made the wealthy a lot wealthier, but people who have to work for a living suddenly have to pay a whole lot more for stuff they want to buy.

$5 trillion in money borrowed by the government and $4 trillion printed by the Fed, plus the follow-on effects of the inflated asset prices, and historic leverage taken out against these inflated assets – and suddenly all kinds of prices are spiking as this money is trying to find a place to go, from consumer prices, to home prices, to stocks and bonds and cryptos and what not.

And there is so much cash out there that markets no longer know what to do with it, and over $1 trillion of it has been mopped up by the Fed via its reverse repo operations.

This is the most ridiculously monstrously over-stimulated economy ever, and markets have gone nuts. And prices are going nuts. This over-stimulation still continues, even as inflation pressures are bouncing through the economy, with price-spikes backing off here only to pop up there.

No one before has ever seen an artificially pumped up monster like this before. And no one has any historical guidelines on how to deal with it. The Fed will trim back its stimulus, but it’s already too late, and it will be too little and too slow.