"Respondents were asked which measures they would keep ‘permanently, regardless of the risk posed by Covid’, and the results are, frankly, terrifying" 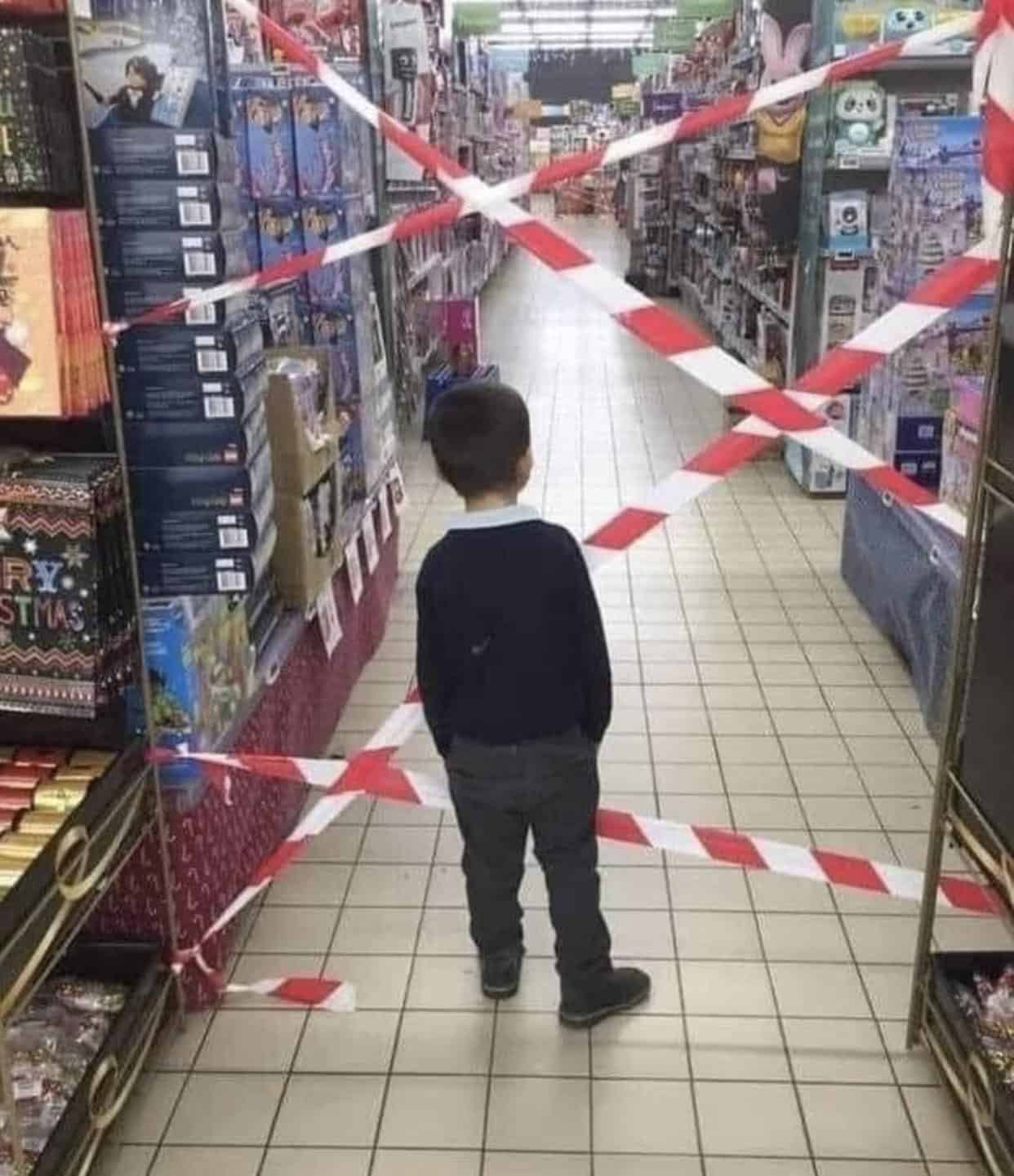 Some of us always suspected that there was more to lockdown than Covid-19. And no I don’t mean that in a conspiratorial, ‘scamdemic’, it’s Bill Gates wot done it way. There are social and political trends that have made the government’s job of imposing compulsory house arrest much easier than it might have been, say, 10, 20 or 30 years ago.

There is clearly something more to the clamour and, at times, the outright enthusiasm for social distancing – this degraded and reduced way of living – than can reasonably be attributed to fear of the virus alone.

A shocking new poll by Ipsos Mori for The Economist seems to confirm this. It finds that a substantial minority of Britons want to keep certain aspects of lockdown rules literally forever. Respondents were asked which measures they would keep ‘permanently, regardless of the risk posed by Covid’, and the results are, frankly, terrifying.

A third are happy for compulsory social distancing to become a permanent feature of theatres, pubs and sports grounds. A third also believe we should continue checking into pubs and restaurants with a contact-tracing app. A quarter of respondents said they would be happy for nightclubs and casinos to be closed permanently. Not for Covid. Just because. And one in five would support a compulsory 10pm curfew – confining people to the home unless they have a reasonable excuse – that would last forever, irrespective of whether Covid-19 is under control in Britain or even globally.

Thankfully, these lockdown addicts do not represent the majority, who only want restrictions to last as long as there is a viral threat. But it is nonetheless an alarmingly high proportion of people.

No doubt these views have been influenced by lockdown. The past 18 months have clearly normalised even the most severe curbs on liberty – to the point where a return to normal can be framed as reckless and ‘libertarian’. It has shifted the Overton window considerably in terms of what limits can be imposed on freedoms in a liberal, democratic society (assuming we still live in one of those).

This devaluation of freedom goes hand in hand with the broad current of misanthropy that long predates the arrival of Covid. Our elites are always making it known that they distrust ordinary people and their capacity for reason. They always assume the worst. If you don’t put people on a tight leash, they will apparently behave destructively. If you let them choose what they want to eat, they’ll go for burgers and chips. If you give them a say on the EU, they will vote for Brexit. And if you don’t lock them down during a viral pandemic, they will run around licking strangers, behaving like ‘Covidiots’. Tragically, these attitudes filter down to the rest of society – we often distrust each other these days.

One of the most striking findings in the polling is that it is younger people who are most authoritarian. While most young people are no doubt gagging to get back into clubs, it is also the youth who are most keen on having them closed permanently. Forty percent of those aged 16 to 24 want to shut down clubs and casinos, compared to just 17 per cent of those aged between 55 and 75.

This is merely the most alarming expression of the ‘Generation Snowflake’ phenomenon. There is reams of evidence shows that young people today are less likely to drink, take drugs and have sex than their parents’ were at the same age. And now, if the Ipsos Mori polling is to be believed, there is a sizeable cohort that not only wants to shun clubbing, but also wants to ban everyone else from clubbing too.

The Generation Snowflake tag is unfair. These views did not arise in a vacuum. Young people, as they rise through the education system, have been a captive audience for the elites’ misanthropy. In schools they are told that everything is dangerous – from their intimate relationships to the warming planet. They are told that hearing ideas they disagree with could lead to them being ‘triggered’ or wounded – hence the demand in universities for ‘safe spaces’. Freedom, they come to believe, amounts to little more than the freedom to harm yourself and others.

Those of us who believe in freedom have an awful lot of work to do if we are to reverse this tide of illiberalism. The fight for freedom does not end on 19 July. This is just the beginning.