The Four Pillars of the Branch Covidian Faith

Although they do not have a holy book to disseminate or specific houses of worship to attend, Branch Covidians do have the four pillars of the Coronatarian faith 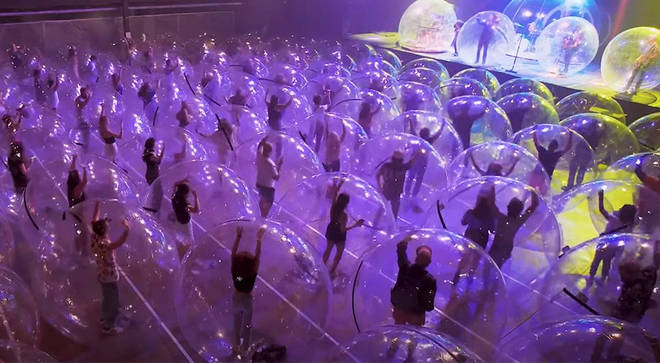 David Koresh was the leader of a religious cult, the Branch Davidians. He and many of his followers met a tragic end in 1993 at their Waco, Texas compound.

Jim Jones fled the United States to Jonestown, Guyana. He, along with more than 900 of his devotees, ended up dead in a mass murder-suicide in November 1978.

Like all religious cults, the Branch Covidians believe by faith. They don’t have a particular catechism or central document they use to indoctrinate their pupils. This is because most everything to which they bend the knee is theory. It changes day by day.

Separate from the deity of the virus itself, the Branch Covidians do have clergy that is quick to preach a sermon in a moment’s notice, especially if there are TV cameras around. That clergy is led by “America’s Doctor” Pope Anthony Fauci, M.D. And Branch Covidian converts are quick to repeat the COVID-19 law when given the orders from the pulpit.

A staple liturgical mantra of Branch Covidian doctrine has been to “follow the science.” Unfortunately, this has resembled divination more than it has bona fide “science.”

Although they do not have a holy book to disseminate or specific houses of worship to attend, they do have the four pillars of the COVID faith.

These must be strictly followed if eternal life is desired. Those who do not comply will be cast to an eternal place of damnation. It is an area of scorn constructed specifically for all heathens who fail to comply with the Covidian faith.

Pillar of Faith No. 1: Lockdowns

Data are not on the side of the Branch Covidian Cult when it comes to lockdowns. But Covidians strongly believe that lockdowns work.

Pope Fauci clearly made that proclamation!

It was a false prophecy from the beginning. One of the Pope’s apostles, California Governor Gavin Newsom, placed the edict of complete lockdown on his parishioners, with little leeway.

The “scientific” statistics have significantly favored Covidian apostate Florida Governor Ron DeSantis. He chose not to lock down his state and to allow the freedom for citizens to practice other non-Covidian religions.

The Branch Covidians, however, cannot be shaken in their faith even when staring at real numbers. They believe in lockdowns.

Pillar of Faith No. 2: Masks

If there was one pillar of the faith to be placed above all others, this is it.

Masking is an inerrant sacrament of the faith.

The mask is the holy water of the Branch Covidians. An infallible bullet-proof vest for your face according to the diocese.

Mask wearing can attain the believer more crowns in the afterlife. If you wear two or three at a time you can bypass purgatory and ascend directly to the promised land. Covidian Systematic Theology scholars believe the number of mansions given to you in heaven will directly correlate to the number of masks you donned at one time.

Triple masker? Three mansions! Now you know why Pope Fauci is seen in more than one regularly these days.

But a tangible study burst the faithful bubble of the mask worshipper. The DANMASK-19 study concluded that:

The recommendation to wear surgical masks to supplement other public health measures did not reduce the SARS-CoV-2 infection rate among wearers by more than 50% in a community with modest infection rates, some degree of social distancing, and uncommon general mask use.

The organization that oversees the Branch Covidian church, the Centers for Disease Control and Prevention (CDC), offered up this epistle to help aid in this pillar of the faith. Hidden between the verses they wrote the following:

Daily case and growth death rates before implementation of mask mandates were not statistically different from the reference period (which was mandates).

Despite this finding, the ministers at the CDC went on to recommend the practice of mask-wearing.

Strapping on a mask while shopping, driving, riding a bike, or hiking is equivalent to martyrdom for the Branch Covidian!

They believe by faith, not science, that they are saving lives.

Pillar of Faith No. 3:  Social Distancing

Social distancing saves lives. Six feet of distancing to be exact. Not two, four, or five, but six feet.

Apparently, the coronavirus cannot jump the synapse from 5-foot-11-inch to the six-foot marker.

We can’t go to a grocery store, restaurant, or coffee shop without having to stand on the tape circles six-feet from the next patron.

Further, we are bombarded every two minutes with the recorded Orwellian “Big Brother” voice coming from the overhead speakers—the one telling us to stay six-feet apart and wear our masks at all times.

But what are the facts regarding the distancing commandment that came down from the throne of Pope Fauci?

Turns out, there was never any solid science behind his decree. No one really knows where the source of the directive originated. Much of the research that exists about the efficacy of masks comes from the 19th century.

A German hygienist named Carl Flügge theorized that six-feet of distancing was adequate to slow the spread of pathogens. So one could logically ask why is 19th-century theoretical science being presented in 2021 as indisputable fact?

An Australian aerosol scientist by the name of Linda Morawska said this about social distancing protocols: “The dogma was born. Like any dogma, it’s extremely difficult to change people’s minds and change the dogmas.” Precisely. Social distancing is a tenet of faith, nothing more.

Pillar of Faith No. 4: Hand Washing

While hand hygiene has shown efficacy for shedding bacteria and viruses from our hands, there has been much less emphasis on it than social distancing or mask-wearing.

Heaven forbid a Corona Bro Branch Covidian see you without a mask on in the grocery store. He will attack you faster than a rabid possum. But he will not consider asking if you have cleansed your hands according to the sacred standards.

Unfortunately, there is less attention placed on hand washing because of the objectives of masking and social distancing.

They can see if you have a diaper on your face or how far away you are from others. But they don’t know if you have washed your hands in the last week or not.

The Branch Covidians can have their religion. They are protected by the First Amendment.

What they cannot do is force me to believe in their unscientific doctrine. They cannot command that we all be baptized by masks.

As one who practices medicine, I will follow the real science—not theory or “trail mix science,” where we pick out what we like and leave what we detest.

The Branch Covidians will continue to have faith in faith. And in their camera-loving pope!