"Three police vehicles were at the scene of the ‘crime’." At the weekend, police stormed the Angel Church in Clerkenwell, London to break up a baptism.

Lockdown rules mean baptisms are currently banned, but roughly 30 people had gathered for the service. After police intervened, an outdoor gathering was conducted instead, as officers prevented people entering the church. Three police vehicles were at the scene of the ‘crime’.

The lead pastor of the church, Regan King, said he went ahead with the service ‘because I believe we serve a greater good’. ‘This is an essential service that we provide’, he said. King also defended the church’s ongoing work with people ‘who are extremely vulnerable, homeless or on the verge of being very isolated’.

Indeed, the role that churches and other faith institutions play in the community is surely more vital than ever during a period of crisis. But the British state’s religious devotion to lockdown seems to trump all other concerns. ROFLMAO,,,, Police storming a church for doing a Baptism! Even Hitler didn’t do that.

All over an alleged virus so deadly, so horrible, so contagious you have to have a test to see if you might have it.

The herd of modern moron slaves is just being treated like they deserve… MEEK SHEEPLE! 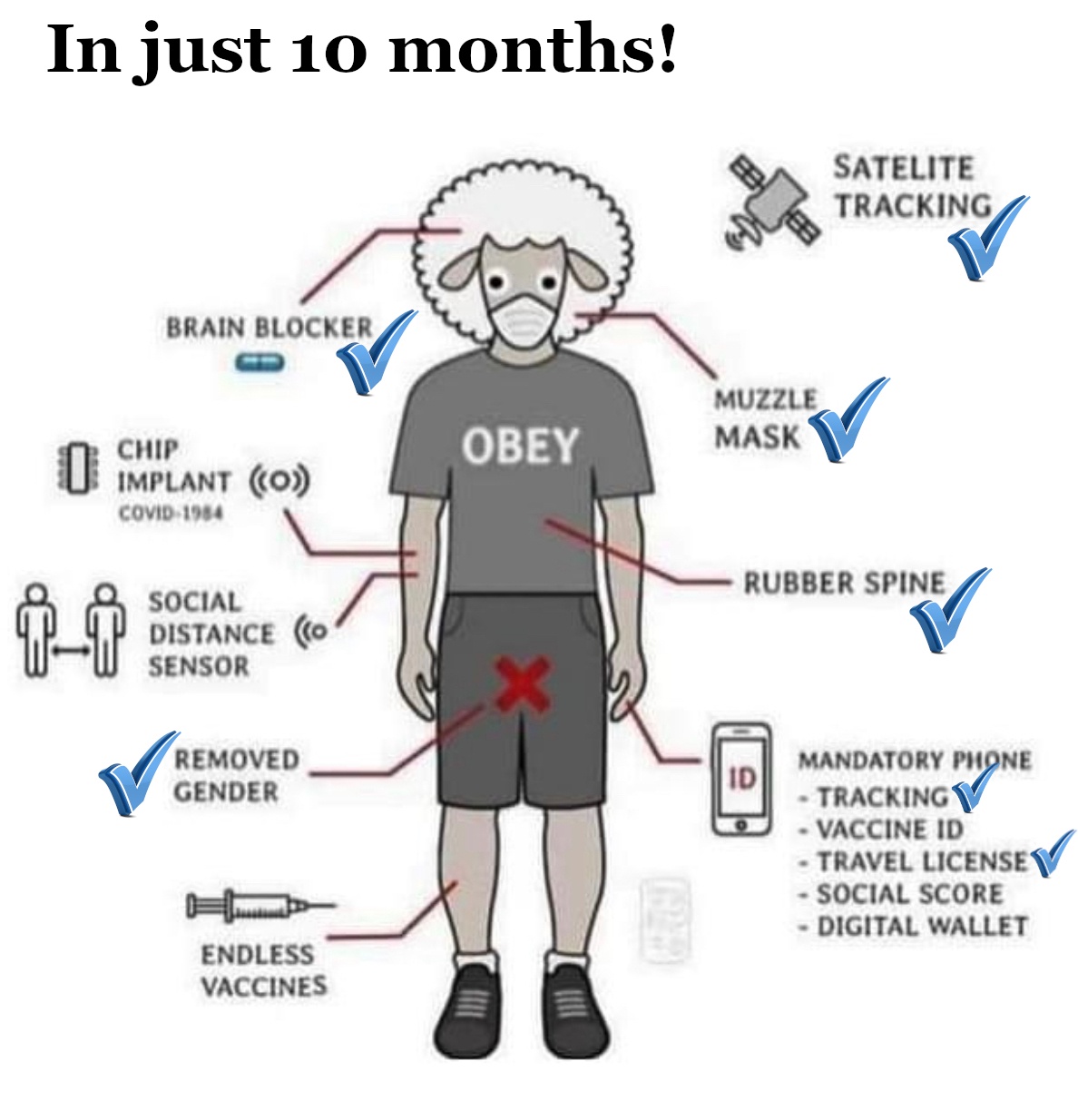 Are we tired of winning yet?

Another great read from C.J. Hopkins…

It functions like a cult, totalitarianism. It creeps up on you, little by little, little lie by little lie, accommodation by accommodation, rationalization by rationalization … until one day you find yourself taking orders from some twisted little narcissistic nihilist on a mission to remake the entire world. You don’t surrender to it all at once. You do it over the course of weeks and months.

Imperceptibly, it becomes your reality. You do not recognize that you are in it, because everything you see is part of it, and everyone you know is in it … except for the others, who are not part of it. The “deniers.” The “deviants.” The “foreigners.” The “strangers.” The “Covidiots.” The “virus spreaders.”

The Most Remarkable Aspect of…
13 Apr 21 by John
Regarding UK,it make perfect sense,because by 2025 the UK will ...

When Police Start Raiding Our…
13 Apr 21 by JOHN MECCA
All will work out well, people who are used to ...
Who or What Is Empire?