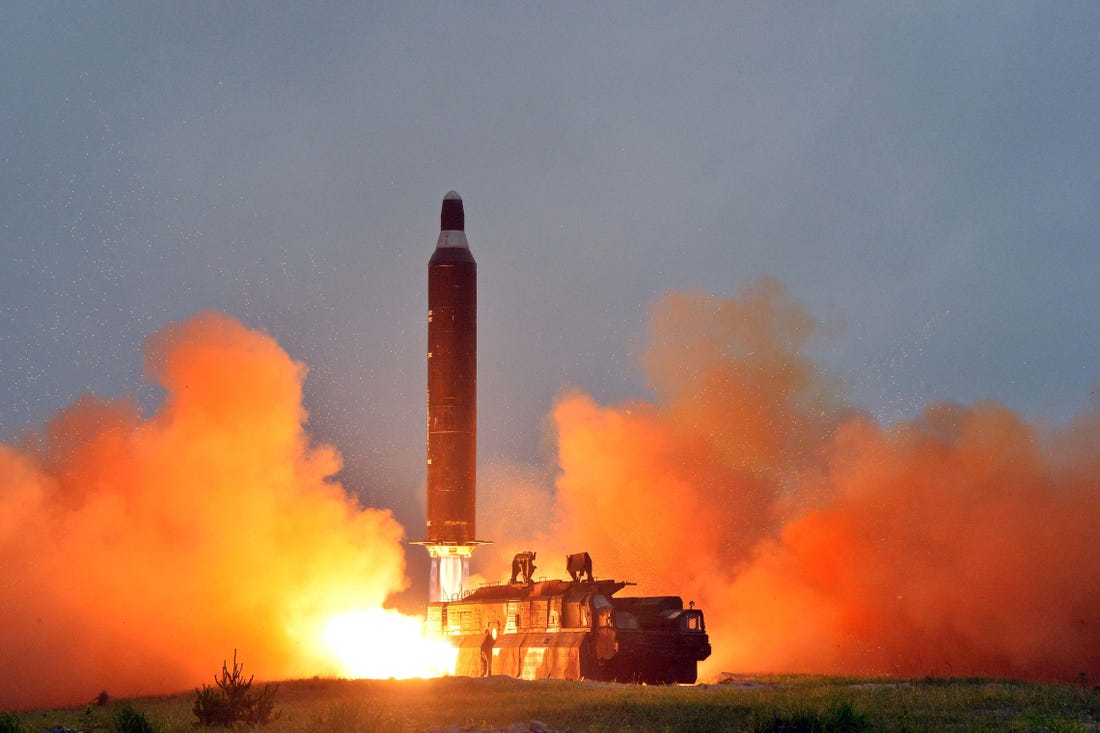 Senior American diplomats do not appear to share that urgency. To them, it’s just posturing.

“I don’t remember a time limit being set. Is this the North Koreans?” David R. Stilwell, assistant secretary of state for East Asian and Pacific affairs, told reporters in Tokyo last month, admitting to being unaware of the deadline. “But I would say that the North Koreans do one thing a lot, and that’s bluff.”

Like other states, North Korea does bluff sometimes, but it has also demonstrated a willingness to follow through on what it says it will do at other times.

The problem with U.S. North Korea policy even before Trump is that our government assumes that they are always bluffing and then gets caught off guard when they do what they have threatened to do.

That is a very important point that Van Jackson made earlier this month on his podcast in direct response to Stilwell’s testimony (begins around 7:20):

It’s amateur hour not to know that North Korea has a deadline. Everybody…normal people know this. He’s wrong about nukes making North Korea less secure. The regime is insured now, that’s why they did this. That’s why they went to such ends to get it. They wouldn’t have gone to such great lengths to get nukes if it made them less secure.

So his talking points are at best wishful thinking or from another era….One of the reasons we have had recurring crises with North Korea is because we are constantly thinking…that North Korea is bluffing and that leads us to be caught off guard when they do stuff. And the surprise of getting caught off guard is directly what triggers the crisis each time there’s a crisis….

You would not have six crises in the last sixty years where we could have gone to war if not for the fact that you kept discounting what North Korea says and you were overly complacent, and he’s doing that again here. And so even if you’re right that North Korea’s bluffing, what’s the strategy? What is the endgame? Is it still just to wait out the clock?…

That’s all very concerning because it means we’re on track for another crisis. There has been no learning from the patterns of history, as far as I can tell.

The U.S. would be lucky if the North Korean deadline was just a bluff, but simply taking that for granted and doing nothing to avoid another crisis if it can be avoided is pure folly. Over the last three years, North Korea has been pretty clear about what they want and what they intend to do, and when they have made a point of repeating their end-of-year deadline for the last six months it seems reasonable to assume that they aren’t bluffing in this case.

At the very least, the U.S. should be offering North Korea something beyond the brain-dead demand for disarmament that the Trump administration has been making for years. According to the administration’s North Korea envoy, Steve Biegun, who has also been tapped to be Deputy Secretary of State, the goal remains “complete, verifiable, irreversible denuclearization” (CVID):

Biegun has said since then that the deadline is an “artificial one,” and that suggests that no one in the administration is taking it seriously.

Unfortunately, this administration remains wedded to an impossible goal, and it is allergic to offering sanctions relief to anyone. In the absence of some sanctions relief, North Korea will sooner or later revert to taking more provocative actions, and that will probably take us back to the heightened tensions of 2017. The full bankruptcy of “maximum pressure” is on display here. The NYT article concludes:

“You might argue, how can we reward a bad guy like North Korea?” said Jun Bong-geun, acting president of the government-run Institute of Foreign Affairs and National Security in Seoul. “But sanctions and pressure alone have never worked on North Korea. You also have to offer incentives.”

Instead, the Trump administration is offering nothing while demanding everything, and as a result they are going to get a North Korea crisis in the new year.