The CDC Is a Threat to Science

"Our thinking on the subject is supposed to mutate at the same pace as the virus itself. It’s exhausting and triggers anyone’s BS detector" 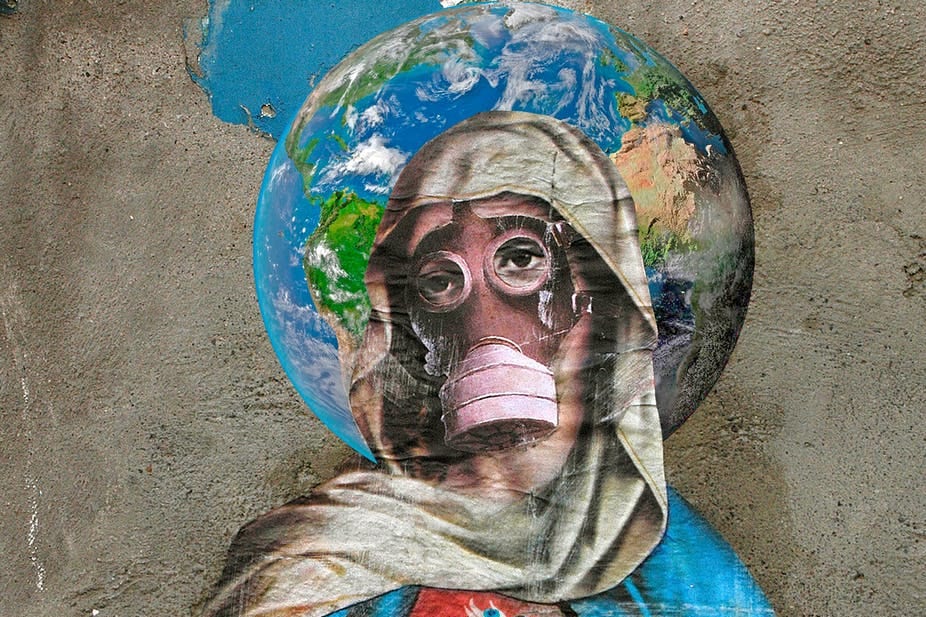 I’m still trying to wrap my brain around the astonishing shift from the CDC on Tuesday, July 27, 2021. It is not just that the CDC is re-recommending masks for people indoors in many parts of the country, which could include your neighborhood or not, and this could change tomorrow. (Hint: right now, it disportionately affects red states.)

Whether and to what extent you “protect” yourself from disease with a paper strapped to your mouth and nose is now wholly contingent on data reporting and interpretation. It might feel like science but it has a better name: arbitrary power. Out with the Constitution. Out of traditions of law. Out with legislatures and the will of the people.

What’s even stranger was the rationale that the CDC cited to claim that the Delta variant renders the vaccines – the ones that have been hyped with unrelenting propaganda for many months, including stigmatization and demonization of those who refuse – substantially less effective for stopping infection than President Biden was touting just last week.

Our thinking on the subject is supposed to mutate at the same pace as the virus itself. It’s exhausting and triggers anyone’s BS detector. How in the world does the CDC expect anyone to believe anything it says in the future?

To be sure, the claim that breakthrough infections (PCR positives in vaccinated individuals) might be more common than thought could in fact be true. Indeed, I tend to think it is. It is a general principle of immunology that for viruses that mutate quickly, inoculation cannot always keep up as an infection preventive.

This is one reason that these fields have for the better part of 100 years observed that natural immunity is to be preferred if that is an option. It is safer and more globally effective for pathogens that are mild for most people, which is exactly what the science is (pointlessly) showing yet again now. Vaccines are glorious for stable viruses (measles, smallpox), but less comprehensively effective for flus and  coronaviruses – which is saying nothing controversial. I should add.

For example, a study from a Houston, Texas, hospital shows that the Delta variant is more transmissible than the wild type or other mutations. “Delta variants caused a significantly higher rate of vaccine breakthrough cases (19.7% compared to 5.8% for all other variants)” [but this could just as easily be a function of the vaccine protection wearing off fast] and yet there are fewer hospitalizations and deaths – which is another point for traditional virus theory: as a rule of thumb, variants of these pathogens are more prevalent but less severe. We’ve long known that – or did until 2020 when we decided to scrap a century’s worth of public health wisdom.

There is a rumor out there – that’s all it is – that the CDC is relying on some other study out of India that demonstrates that the Delta variant outwits the vaccine, but the study in question pertains to a vaccine not available in the US, has not been peer-reviewed, and was even withdrawn from preprint status so there is no way to check the findings or the data behind them. There are by now more than 100,000 pieces of science out there related to Covid, and they are public. But the one on which the CDC is rumored to follow is not available.

Where it gets interesting is that when a CDC spokesman was asked for the science behind the mandate – we aren’t talking about masking here, but the basic claim that the Delta tends to make an end-run around vaccines – the person said it wasn’t published, as if that were completely normal. What does this mean? Only Anthony Fauci, Rochelle Walensky, and some other big shots at the government agency have access? The millions of other scientists in the world cannot even have access to check out to make sure that the science is sound? And from the interpretation of a small cabal inside some bureaucracy comes the law of the land?

A critical principle of science is peer review, and that at least requires sharing study results that you claim to be definitive. If you don’t do that, people have every reason to dismiss your claims. In the decades since the internet, we’ve seen an ever more intense push to get those journals from behind paywalls and make them publicly available for greater accountability and a better scientific process.

In fact, open science works. A perfect example has been shown this past year when members of the public – including this writer – have enjoyed access to all the science pouring out daily, and happened to take notice of how completely screwed up policy has been in light of the actual evidence. There is zero evidence of a relationship between lockdowns and disease mitigation, zero credible evidence that masks cause a change in the virus trajectory, zero evidence that any of this wreckage of our liberties and rights has been worth it in any case, among many other revelations thanks to open science.

But now we have the CDC making a massive change in the lives of Americans – mandating a piece of clothing around our faces – but flat-out refusing to cite the science behind the claim; either about the variant, its effects, much less the sketchy claims that masks make any difference at all either way. They could have cited the Houston study but did not. Nope. The studies “have not been published yet,” the CDC spokesperson told the Epoch Times.

And we are just supposed to sit by, take our instructions, believe what they say about the science we’ve never seen and they will not share with other scientists, and not complain about it. To be sure, it could be correct that the vaccines are less effective than we have been told all these months, and that’s fine. Just give it to us straight. And yet even the Houston study showing this admits that Delta itself is less deadly.

Isn’t the whole point of this whole Covid kabuki dance to minimize severe outcomes – not cases, not infections, not exposure but hospitalization and death? One would suppose so. But the data games have enabled the disease planners for the better part of a year and a half to keep the shell game going, manipulating data, trends, and various other factors to remix the numbers in ways that fit whatever story they want to tell at the moment. So long as it generates a headline and a policy, we are good to go.

These days, the game is out in the open, brazen, completely undisguised. The science has been reduced to the status of pure diktat. They speak, you obey. If you question it, or even if you are correct too soon, you are toast. The fact-checkers will nail you and you will be body bagged as a subversive and an enemy of the people.

The unscientific nature of this game is summed up in the following realization. The Biden administration is toying with tactics and strategies for disease control that have utterly and completely failed for the 16 months they have been tried. Everwhere in the world! The science as we know it conclusively demonstrates the failure of every bit of the lockdown agenda. And yet here we are, threatened by another round on all sides.

I was curious how our home assistants have handled this newest turn of events that is going to land the nation’s kids in masks again this fall. I asked her. I got in return a tedious rendering of the same bland messaging from 5 different news sources, each nonchalantly telling us the new instructions from some unelected bureaucracy led by people with no experience or skin in the game.

I had the sudden sense that I was playing a bit part – the powerless man in a chair – in some dystopian science fiction movie. The point of the movie is to warn us against a future that we should all work to prevent – to know that such a nightmare would be possible and to therefore guard against any trend in that direction. Such movies exist to remind us how fragile freedom really is.

Sadly, the nightmare is here. It is everywhere. There is no more need for warnings. Now we have to deal with the reality of what we’ve become thanks to the people who once imagined that they could use the power of the state to outwit an enemy that neither we nor they could see or understand. Refusing to admit complete failure, they only double and triple down in a theater of the tragically absurd.